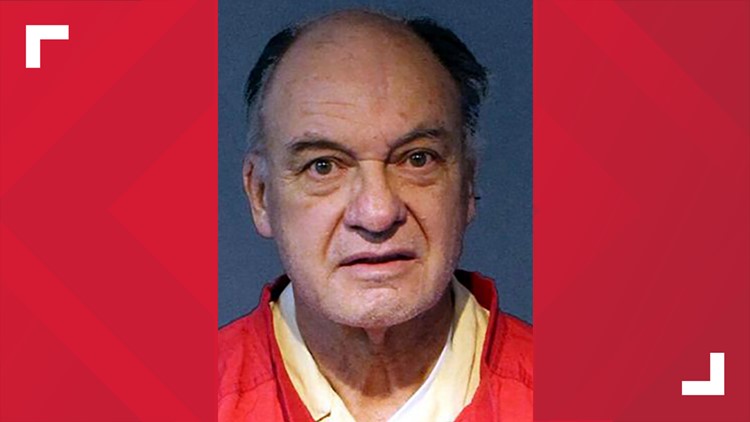 Photo by: AP
In undated photo released by Washoe County Sheriff's Office shows Charles Gary Sullivan. Sullivan, 73, was booked Friday, Nov. 15, 2019, into the Washoe County jail on a charge of open murder with a deadly weapon. He was arrested in Arizona's Yavapai County and extradited to Reno for the 1979 murder of 21-year-old Julia Woodward. Woodward's body was found March 25, 1979 buried in a remote area north of Reno. She was last seen Feb. 1, 1979 at the San Francisco airport while headed for Reno. Sullivan remained jailed Saturday pending a Tuesday arraignment on a murder charge. (Washoe County Sheriff's Office via AP)

RENO, Nev. — A 73-year-old Arizona man jailed in Reno and named by Nevada’s attorney general as the suspect in several slayings of women in Nevada 40 years ago.

DNA shows other people had contact with the one woman he's charged with killing.

Defense attorney David Houston said Monday that DNA from Julia Woodward’s clothing might only show that Charles Gary Sullivan had contact with Woodward in 1979, not that he killed her.

RELATED: Arizona man extradited to Nevada in 1979 killing of woman

RELATED: Rodney Reed: His fight for a new trial and why prosecutors say he's guilty