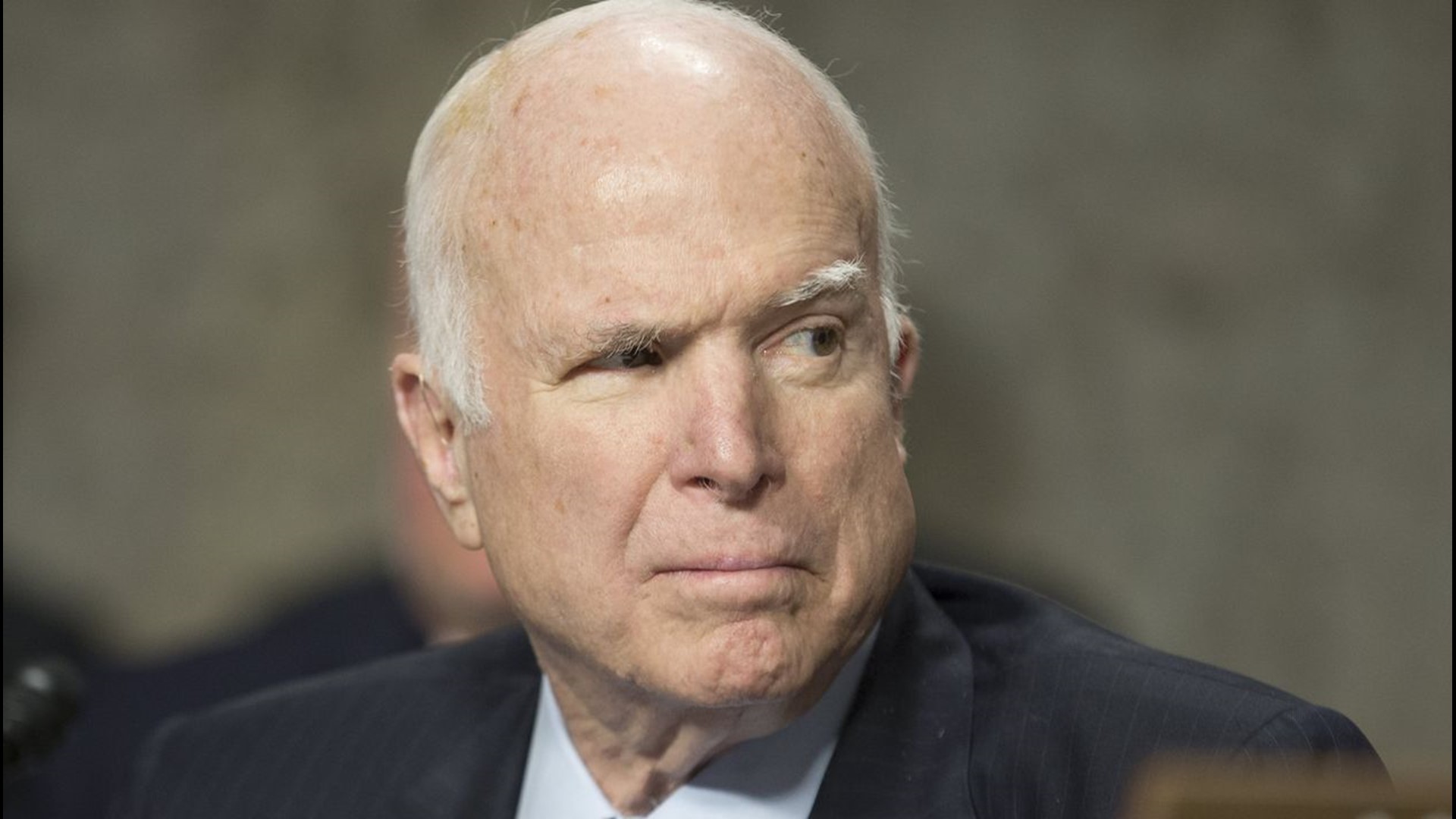 Despite battling brain cancer with a dire prognosis, Sen. John McCain is not being treated with much respect by some of his political opponents.

A White House official mocked Sen. John McCain, R-Ariz., and his battle with the deadly disease during a meeting Thursday, The Hill reported. And earlier a guest on Fox News Business implied that McCain betrayed U.S. secrets when he was tortured as a prisoner of war.

On Wednesday, McCain urged his fellow senators to reject Haspel's nomination because he does not believe she adequately answered for her role in the CIA's torture program after the 9/11 attacks during a hearing before the Senate Intelligence Committee.

During a discussion about McCain's opposition to Haspel and his opinion that torture is not effective, retired Air Force Lt. Gen. Thomas McInerney told Fox Business host Charles Payne that torture "worked on John."

"That’s why they call him ‘Songbird John,'" McInerney told Payne.

Politifact examined this attack on McCain during the 2008 presidential campaign and found "no evidence" that McCain collaborated with his North Vietnamese captors.

"Yes, I will and hope you accept my apology," Payne replied.

Payne also apologized in a formal statement for what he called McInerney's "false and derogatory statement" about McCain.

"Regrettably, I did not hear the comments at the time as I was receiving instructions in my ear at that moment from producers," Payne explained. "Had I heard what he said, I would have immediately pushed back. As a proud military veteran and son of a Vietnam vet, I hold all those who served in the highest esteem."

Within hours of The Hill's report about Sadler's comment, Cindy McCain, told Sadler in a tweet, "May I remind you my husband has a family, 7 children and 5 grandchildren."

@kellysadler45 May I remind you my husband has a family, 7 children and 5 grandchildren.

The Arizona Republican's daughter, Meghan McCain, intends to address Sadler's remark tomorrow on The View, The Daily Caller reported. But Thursday night, she did retweet a post from Afghanistan veteran James Hasson defending her father.

"In 5.5 years as POW, McCain lost 50 lbs., was bound and beaten as often as every 2 hours, yet still refused early release. Lifelong injuries," Hasson tweeted. "That doesn't put his political decisions above reproach, but it damn sure entitles him to respect from his countrymen as he batlles cancer."

All the sources told reporters Sadler clearly intended the remark as a joke. But the "joke fell flat," CNN's Jim Acosta reported.

The Hill said the White House did not deny the incident when asked for comment about the alleged remark but said in a statement, "We respect Senator McCain’s service to our nation and he and his family are in our prayers during this difficult time."

Sadler previously worked at the conservative Washington Times as an opinion editor.

President Trump himself has mocked McCain on several occasions. As a candidate, Trump derided McCain for being captured and, as president, he reportedly imitated McCain's injuries that the former Navy pilot sustained as a result of being shot down and tortured.

John McCain: Back in the USA

1 / 16
U.S. Department of Defense
John McCain waiting for the rest of the group to leave the bus at the airport after being released as a POW in 1973.

Photos: John McCain through the years