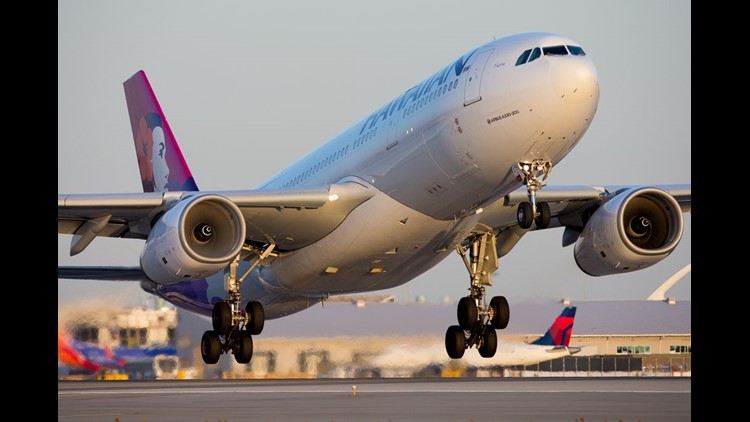 Photo by: Jeremy Dwyer-Lindgren, special for USA TODAY
A Hawaiian Airlines Airbus A330 takes off for Honolulu from Los Angeles International Airport on Sept. 23, 2017.

Hawaiian Airlines will add Boston to its route map, launching nonstop service to Honolulu in a route the carrier says will become the USA’s longest regularly scheduled domestic route in history.

The Honolulu (HNL) flights launch April 4, which Hawaiian spins as “timed to offer winter-weary New Englanders a vacation” to Hawaii’s tropical climate. The carrier will offer five flights a week on Airbus A330 widebody jets that include lie-flat seats in business class.

“Honolulu will be (Boston) Logan’s 76th nonstop domestic destination, and with New Englanders coming off a long winter this flight’s start date is worth the wait,” Thomas Glynn, CEO of the Massport agency that operates Boston’s Logan International Airport, says in a statement.

Boston had been the largest U.S. market without a nonstop link to Hawaii, according to Hawaiian.

Flight time from Boston is listed at 11 hours, 40 minutes westbound. The return is 10 hours, 15 minutes. Connections to Hawaii’s other islands are available via Hawaiian’s Honolulu hub.

For Hawaiian, Boston becomes the airline’s second city along the U.S. East Coast. It already flies from New York JFK. The only other nonstops currently connecting the East Coast to Hawaii are on United (from Newark and Washington Dulles) and Delta (from Atlanta).

“There is nowhere on Earth like Hawaii, and we are bringing our islands closer than ever to Boston with nonstop service,” Hawaiian Airlines CEO Peter Ingram said in a statement announcing the service.

TODAY IN THE SKY: United's Boeing 747 farewell flight was one to remember