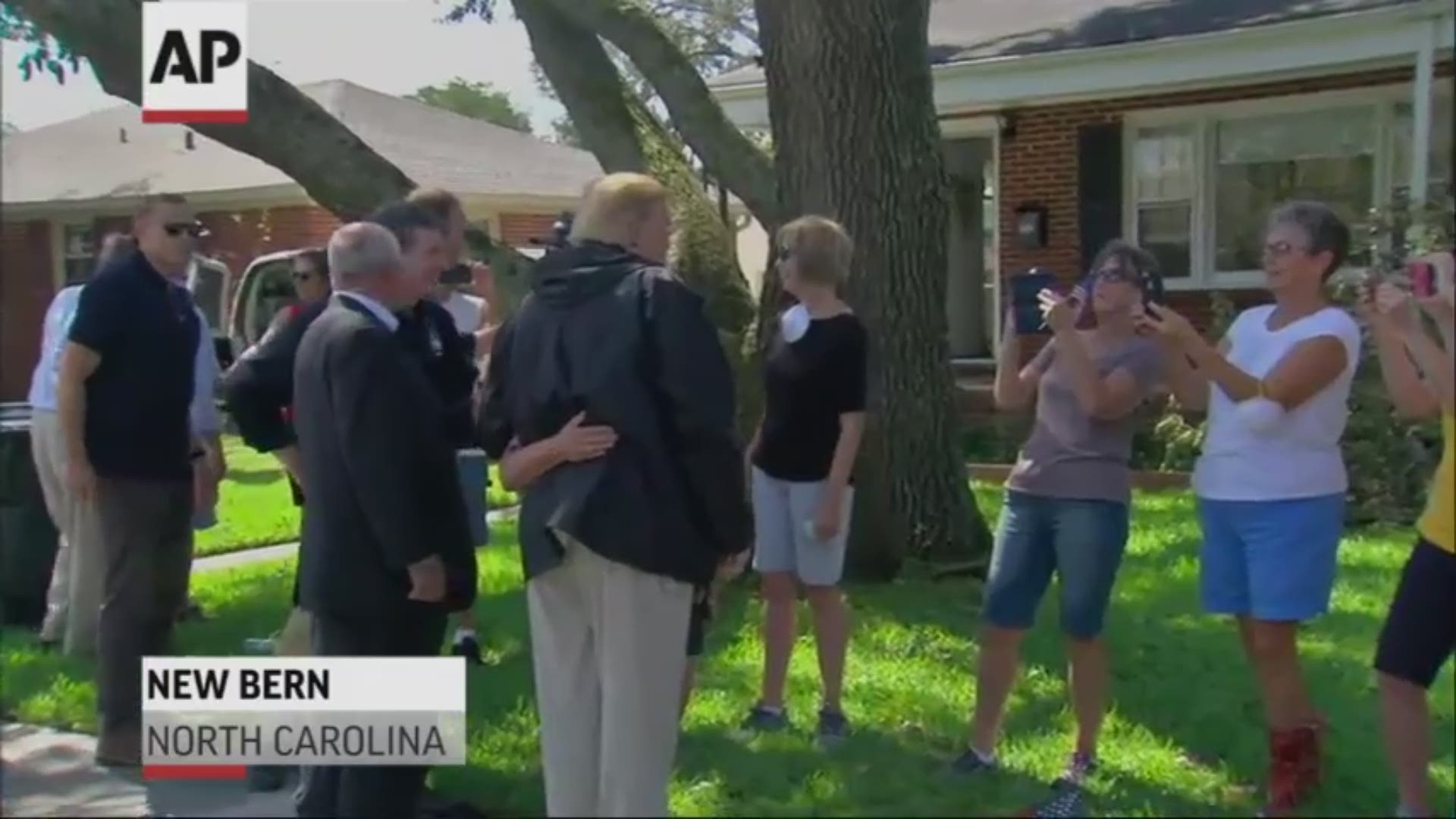 "The money will come as fast as you need it," Trump told officials during a briefing at Marine Corps Air Station Cherry Point in the southeastern part of North Carolina.

Trump, who is also reviewing flood damage in South Carolina, said as he exited the White House, "I think it will be an incredible day."

Less than a week ago, Trump infuriated officials in Puerto Rico and drew criticism from Democratic and Republican lawmakers for questioning a study that said nearly 3,000 people died on the island in the aftermath of Hurricane Maria. The study was commissioned by Puerto Rico's government, which accepted the finding as its official death toll.

Wednesday, the president stopped first at the Marine Corps station in Havelock, North Carolina. The east coast of the Tar Heel state took the heaviest hit from Florence, and thousands of homes and roads are under water.

"This is a tough hurricane – one of the wettest we’ve ever seen, from the standpoint of water," Trump said in a video tweeted out Wednesday.

The storm is responsible for at least 37 deaths in the Carolinas and Virginia.

The president is scheduled to visit flooded areas near Myrtle Beach, South Carolina.

Trump praised the response to Hurricane Florence – but predicted it would be second-guessed by Democrats "at some point in the near future."

"Right now, everybody is saying what a great job we are doing with Hurricane Florence – and they are 100% correct," Trump said Tuesday on Twitter.

Florence made landfall in the Carolinas on Friday and lingered for days, overwhelming the region with heavy rains, high winds and storm surge. Some locations saw more than 30 inches of rain.

During his briefing in North Carolina, Trump said, "In moments of despair, we’ve witnessed the true character of the American people. Citizens all across our country rallied to rescue the stranded, to protect the innocent and to restore hope to families who’ve experienced tremendous and unbearable loss.”

Rivers are still cresting, and tens of thousands of people remain evacuated from their homes.

More than 200,000 homes and businesses remain without power, most in North Carolina and many for almost a week. Early estimates put property damage at $15 billion to $60 billion, and the number could go higher.

Right now, everybody is saying what a great job we are doing with Hurricane Florence – and they are 100% correct. But don’t be fooled, at some point in the near future the Democrats will start ranting...