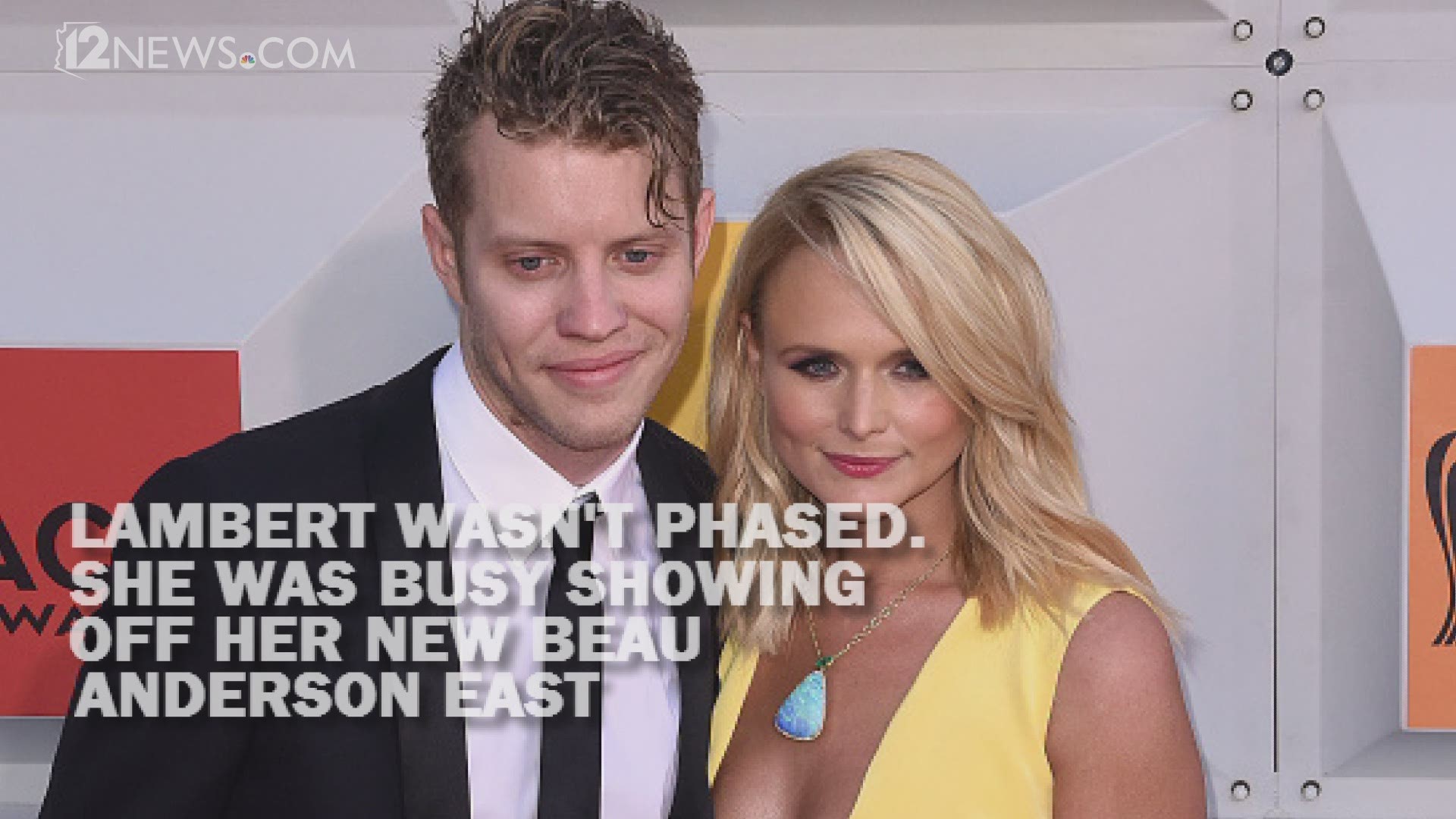 Sure, every industry has its stars that date, and dump, one another. But in a too-close-for-comfort moment from Sunday night's Academy of Country Music Awards, Blake Shelton and Miranda Lambert's shared history came front-and-center when Shelton performed his new single, Came Here To Forget.

@blakeshelton slaying at the @ACMawards! 🔥🔥🔥 gaaaahhh, you were so good! @HeartOfShelton and I love you so much. pic.twitter.com/MAa7zah2bI

The single is widely suspected to be about Shelton's breakup with Lambert — and his new, highly-public romance with his Voice co-coach Gwen Stefani. Yikes.

Shelton issues aside, Lambert's ACM Awards were a huge success, as she killed it on the red carpet:

And on stage with Keith Urban and ZZ Top:

She also made her new relationship with Anderson East awards show-official, as the pair walked the carpet arm-in-arm before the show.