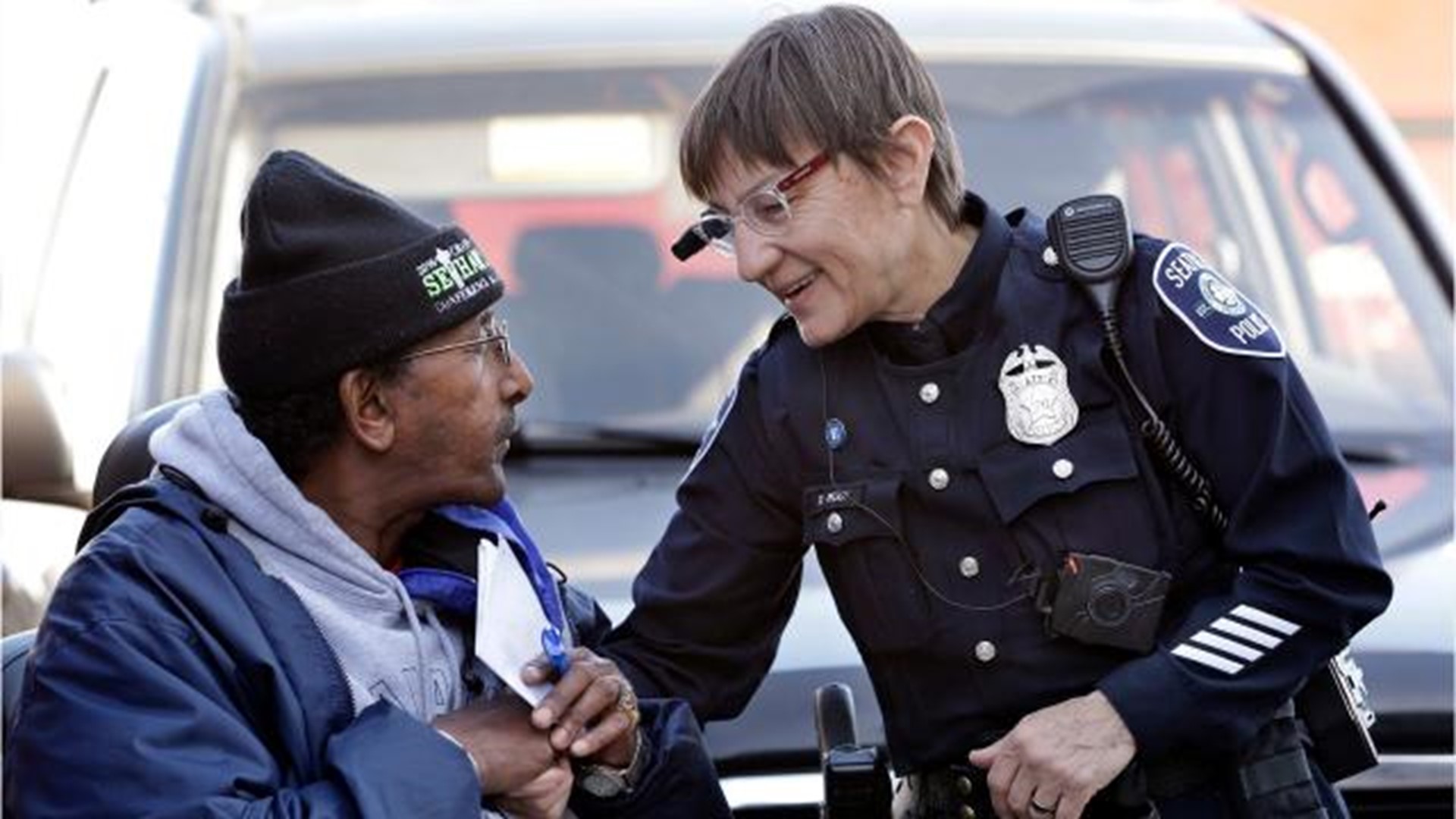 Credit: Amazon
An image from the product page of Amazon's Rekognition service, which provides image and video facial and item recognition and analysis.

SAN FRANCISCO – Two years ago, Amazon built a facial and image recognition product that allows customers to cheaply and quickly search a database of images and look for matches. One of the groups it targeted as potential users of this service was law enforcement.

At least two signed on: the Washington County Sheriff's Office outside of Portland, Ore., and the Orlando Police Department in Florida.

Now the ACLU and civil rights groups are demanding that Amazon stop selling the software tool, called Rekognition, to police and other government entities because they fear it could be used to unfairly target protesters, immigrants and any person just going about their daily business.

“Amazon should be protecting customers and communities, it should not be in the business of powering dangerous surveillance,” said Matt Cagle, an ACLU attorney.

The Amazon software works by comparing images provided by the customer to a database of images the customer has also provided. It searches for a match using the computing power of Amazon's cloud computing network AWS.

The recognition is broader than just humans: It can also be used to search for items like chairs or cars. But it's quite good at people, too.

For example, during the wedding of Prince Harry and Meghan Markle, Sky News created a database of royals, celebrities and then compared it with photos of the people entering St. George's Chapel at Windsor Castle to attend the ceremony. Using Rekognition, Sky News was able to quickly identify who was in the images, allowing it to run their names as subtitles on the screen as they walked into the church.

The software is also being used by Pinterest to match images, by stores to track people, to identify potentially unsafe or inappropriate content online and to find text in images.

In its description page of the service, Amazon says that the software can quickly and accurately search and identify a person in a photo or video, and track people even when their faces are not visible.

It can also detect, analyze and index up to 100 faces in a single image, allowing the user to "accurately capture demographics and analyze sentiments for all faces in group photos, crowded events, and public places such as airports and department stores," according to a blog post on Amazon's website from 2017.

Another Amazon post said the program could allow users "to easily and quickly review hours of video footage to search for persons of interest, track their movement and detect their activities."

It's the concept of facial recognition in conjunction with law enforcement that worries some civil rights groups. In a letter to Amazon CEO Jeff Bezos send Tuesday, 34 groups said people should be "free to walk down the street without being watched by the government. Facial recognition in American communities threatens this freedom."

They fear the real-time face recognition could allow police or government groups to watch crowds and pick out activists or undocumented residents.

"Amazon Rekognition is primed for abuse in the hands of governments. This product poses a grave threat to communities, including people of color and immigrants, and to the trust and respect Amazon has worked to build," the letter states.

Amazon disagreed. In a statement, it said it requires that its customers comply with the law and be responsible when they use AWS services. Outlawing new technology because some people could choose to abuse the technology could only worsen our quality of life, Amazon said, likening the idea to outlawing computers because they can be used for illegal purposes.

More: Facebook wants to save your face. Should you say yes to facial recognition?

The two law enforcement groups that appear to so far be using the service say they are not engaging in anything that far-reaching.

For now, Orlando police  have created a database composed only of pictures of the faces of a handful of Orlando police officers who volunteered to participate in the test. It is then comparing those faces to images from eight city-owned surveillance cameras to see if it can correctly identify the officers when they are in the images from the cameras.

The department is not using the technology in an investigative capacity or utilizing any images of members of the public for testing, said Sgt. Eduardo Bernal.

In Oregon, the Washington County Sheriff’s Office is using the program to look for matches within its own database of booking mug shots, said Deputy Jeff Talbot. The department also confirms each match made through the Rekognition software by another method, he said.

As an example, he said the department recently used the software to identify someone wanted on a felony warrant.

The sheriff's gang investigation team was legally monitoring the calls of someone who was in jail. In one of the calls, the man spoke with someone police believed to be his girlfriend.

She told him she was laying low and trying to elude the police because there was a warrant out for her arrest.

The police didn't know the woman’s name, but they went to the man’s public Facebook page and found a video of him together with a woman identified as his girlfriend. The name she was using on Facebook, however, was a fake name.

They took an image of her face from his Facebook page and ran it against the Washington County Sheriff’s Office database of booking mug shots.

The woman had been in custody multiple times, and the software matched her to each of those encounters.

This gave the sheriff’s office her name and address. They also ran her name through the database of outstanding warrants and found that she was wanted.

"Officers went to her home and arrested her," said Talbot.

1 / 45
Richard Drew, AP
Jeff Bezos, founder and CEO of Amazon.com, demonstrates a cordless power drill and reciprocating saw as he wears a western-style hard hat at a New York news conference, Tuesday, Nov. 9, 1999. Amazon.com Inc. will add home improvement goods, computer software and a wider array of video games to its Web site this week, the latest move by the Internet merchant to build itself into an online superstore.