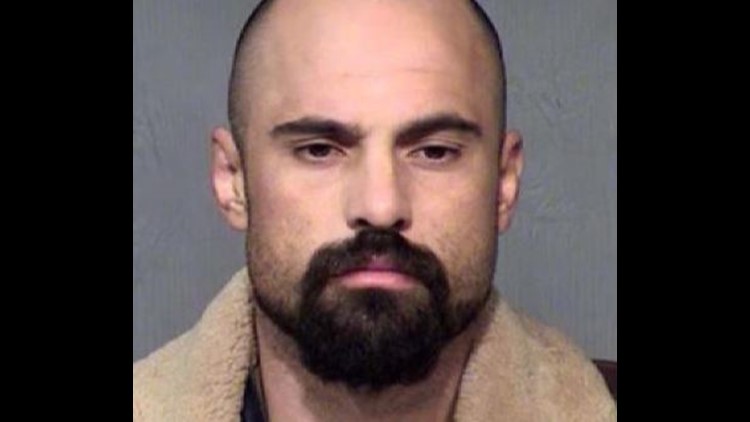 A Mesa man who killed three people including a prominent Paradise Valley couple and a Phoenix cigar salesman seven years ago will now spend the rest of his life in prison. Michael Crane was given 3 consecutive natural life sentences on Friday, but one of the victim’s daughters say it’s not enough.

Michael Crane, who was convicted in the killings of Lawrence and Glenna Shapiro and cigar salesman Bruce Gaudet back in January of 2012 will now die in prison.

"This day meant a lot to me… I got to finally look him in the eye and tell him how I feel, even though he is getting away with it,” said Melissa Gaudet, Bruce Gaudet’s daughter, alongside her sister Jessica.

The two speaking exclusively with 12 News, saying they feel some closure after their father’s murder, but this sentence wasn’t enough.

“We are glad that it’s now come to an end, but unfortunately we didn’t get the death penalty like we wanted,” said Jessica Gaudet. “We won’t have to hear or think about Michael Crane ever again.”

“We won’t even say his name ever again… that is the last time you heard it," Melissa said.

Authorities say Crane bound and fatally shot their father and the Shapiros at their homes, stole their jewelry and other valuables and set their houses on fire. The Shapiros were killed four days after Gaudet.

“I just can’t believe this has happened to him,” said Jessica. “He was my mentor, he was my… he was my everything.”

“He meant the world to me,” said Melissa. “He helped me start college and now that I’m finished with college, I am sad that he will never see my kids.”

The victims’ families spent more than 2,000 days waiting for justice.

Now Gaudet’s daughters are hoping the process changes, so other families don’t suffer as long as they did.

“We feel like this has been dragged on for seven years now and we believe that the court is to blame 75% of it,” said Jessica.

Prosecutors had originally sought the death penalty against Crane, who pleaded guilty to murder and other charges.