The injured resident is in his 20s with several mental disabilities and has the mental capacity of a 4-year-old, his father told police. 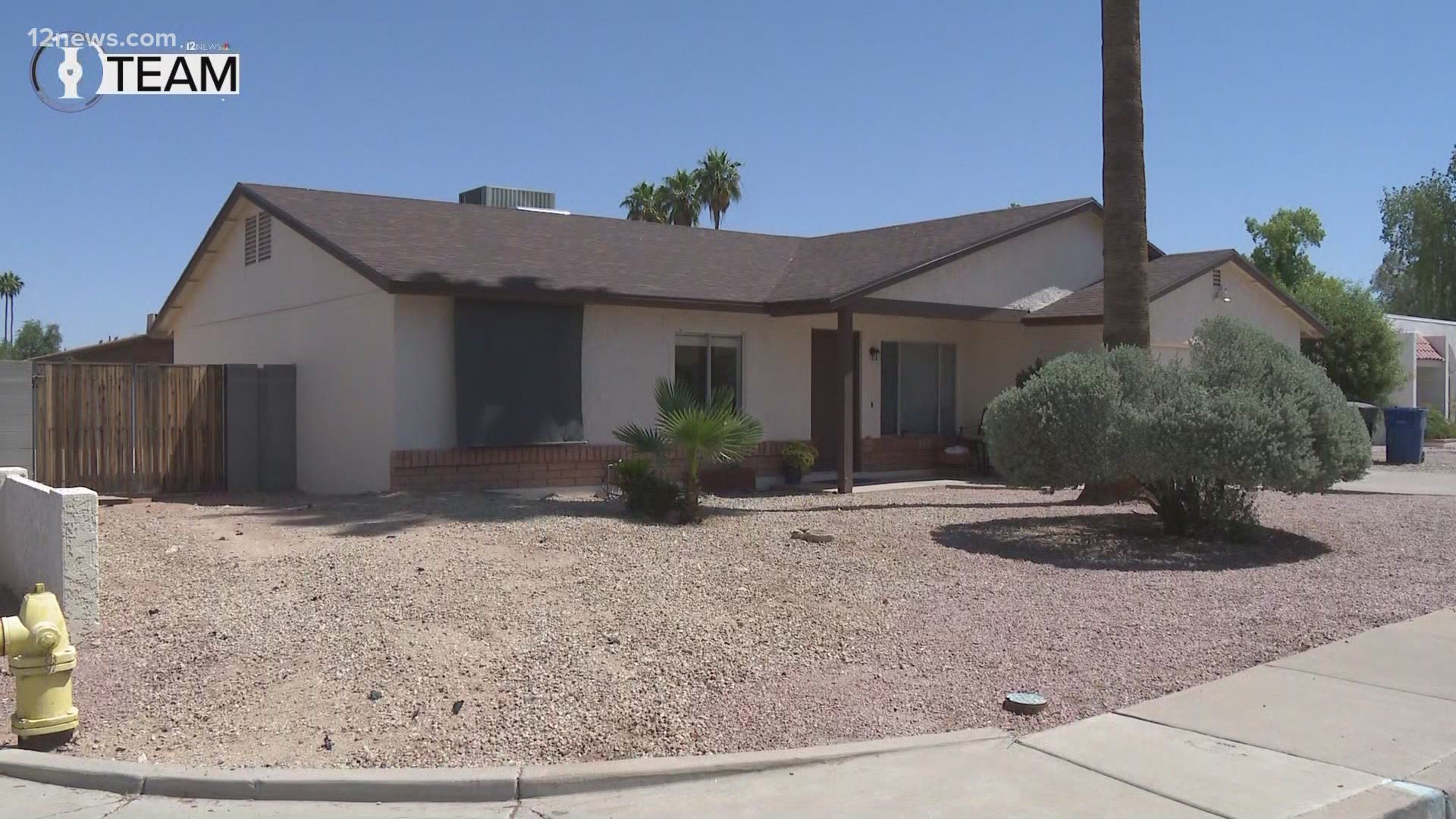 MESA, Ariz. — Mesa Police are investigating possible abuse at a group home after a resident with disabilities was taken to the hospital with a broken jaw that required surgery.

Records show the two employees supervising the resident at the time of the incident claimed he caused the injuries to himself but doctors said the injuries did not appear to be self-inflicted.

The 12 News I-Team learned about the incident after a state agency mistakenly sent out a document detailing it.

Co-worker said he believed overnight workers "were hiding something"

According to the state report and a Mesa Police report, it happened on May 3rd. An employee showed up to the group home near Baseline and Alma School for his shift around 7 a.m. He quickly noticed the young man who lived there was bleeding from his mouth.

The injured resident is in his 20s with several mental disabilities and has the mental capacity of a 4-year-old, his father told police.

The employee asked the two overnight workers what happened, according to the report. They said the resident had tried to leave the home and became upset, hitting his own face on the wall.

But the police report said the morning employee doubted their story and said they seemed like they were hiding something so he reported the incident to his supervisor. He also told police the two staff members did not complete their daily reports throughout their shifts.

Records show staff then put the resident down for a nap but hours later, his face was swollen and he was unable to move his mouth so they took him to the hospital.

Doctors said his jaw was broken in two places and would require surgery, according to the state document. Doctors also found two other markings on his body and noted all injuries "did not appear to be self-inflicted."

The two overnight workers have been suspended as Mesa Police continue their aggravated assault investigation.

Arizona Mentor, the company that owns the home, released the following statement to 12 News:

“We are deeply concerned about this incident and our top priority is always the safety and wellbeing of the people we care for. We are actively reviewing the event to understand all the facts, and have removed the employees involved from any work assignments pending further review."

A spokesperson for Arizona's Department of Economic Security also released a statement to 12 News:

"DES is unable to comment on any individual cases due to privacy laws prohibiting the disclosure of our members' health care information. The Division of Developmental Disabilities (DDD) is always committed to ensuring the health and safety of its members, including investigating allegations of abuse through the DDD Quality Management Unit. However, DES is unable to comment on the existence of or potential outcomes of investigations."

Multiple neighbors told 12 News they have raised concerns about the well-being of the residents of the group home for at least a year.

“I always hope that he’s okay because I mean he can’t take care of himself," said Ryan Winkle who lives on the same street as the group home.

Ryan Winkle said he has called police, the state and has attempted reaching the owner of the group home. Winkle said on several occasions, residents with disabilities have gotten out of the home and ended up in his yard.

“There’s one that I often see get out," Winkle said. "There are times when he’s been out in the street and out on Baseline which is very fast-moving and I’ve called the police. I’ve tried to get ahold of the owners I’ve sent them messages. Never reply.”

“They didn’t even know he was gone.”

Another neighbor said he called Mesa Police a year ago.

“The one young man said, 'Ouch why did you do that? That hurt' and so I just called the Mesa Police non-emergency and they came out. Their windows are open and that’s what I heard," said Charles Linhart who lives across the street from the home.

Company that owns the group home is no stranger to headlines

According to Arizona's Department of Health Services database, Arizona Mentor is in charge of more than 120 facilities across Arizona, primarily group homes for individuals with developmental disabilities.

Last May, the 12 News I-Team reported on another one of Arizona Mentor's Mesa group homes. A Valley mother believed her son, Matt, was being abused by staff inside his group home so she installed a security camera in his room.

She was shocked to see an employee turn the camera toward the wall. She later found injuries on her son's body.

“To me, this is a lot bigger than Matt. Obviously, I want Matt in a safe place but what about all the other kids who are in these situations too?” said Amber Brown in an interview with 12 News in May of 2020.

No surveillance cameras in group home

According to HB 2117, group home providers can install surveillance cameras in common areas of group homes or intermediate care facilities. Providers must disclose that the cameras are in use, maintain the video, restrict access to video and create guidelines about how often the video is monitored or reviewed.

Though Arizona law allows for surveillance cameras, both group homes in Mesa operated by Arizona Mentor did not have them.