Man ordered to carry sign: 'This is the face of domestic abuse'

A district court judge in North Carolina made Joshua Hill the poster child for domestic abuse - quite literally. 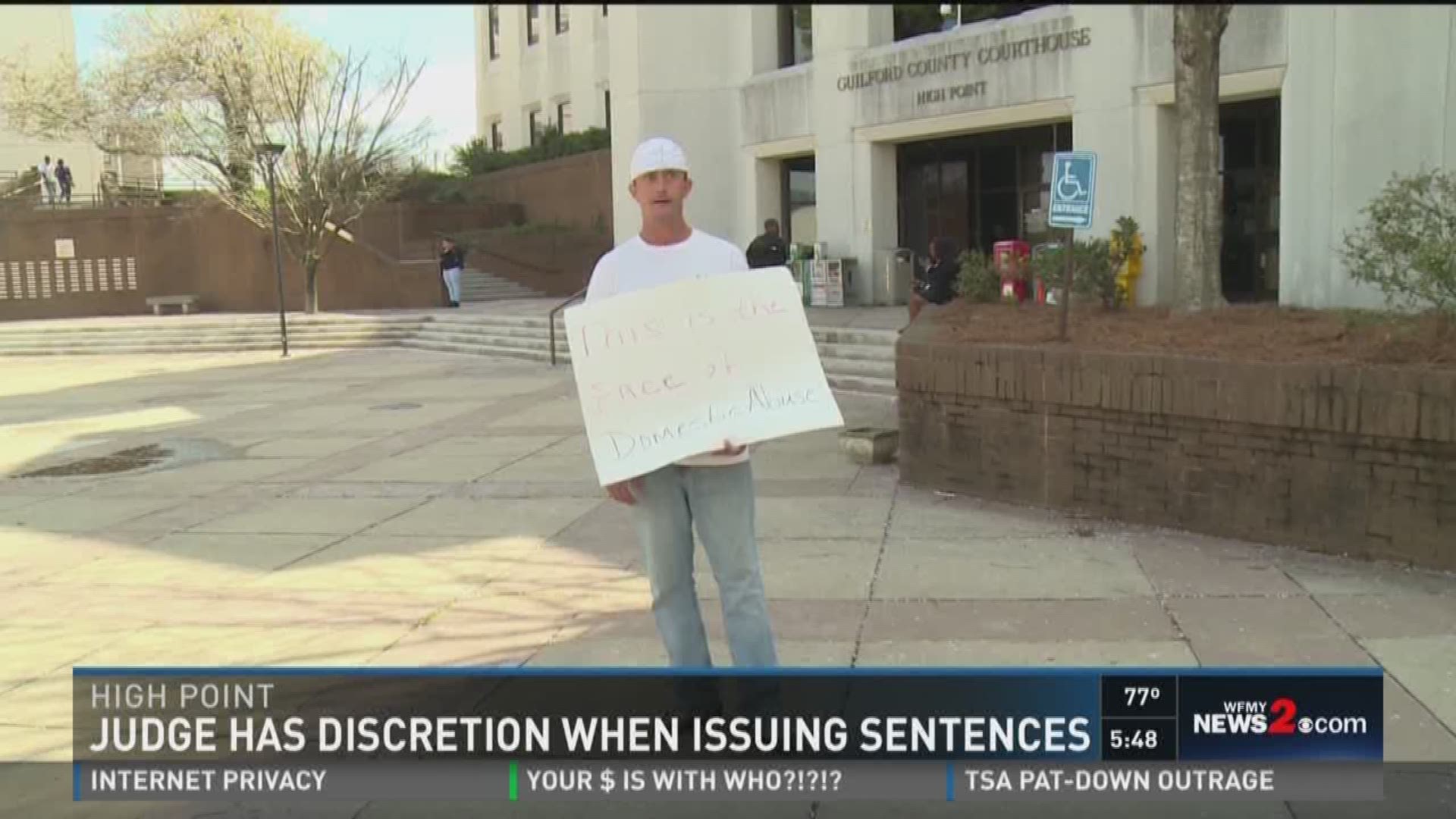 HIGH POINT, N.C. -- A Guilford County district court judge made Joshua Hill the poster child for domestic abuse - quite literally. As punishment for violating probation, Judge Mark Cummings ordered Hill to hold a poster that reads "This is the face of domestic abuse."

Hill must carry it for four hours a day outside the courthouse in High Point. The poster punishment lasts for seven days.

Hill pleaded guilty to Assault on a Female and Domestic Criminal Trespassing back in 2014. He was sentenced to probation for 12 months and ordered not to have contact with the victim.

He violated that probation and pleaded guilty last week. Judge Cummings sent him to jail for three days and tacked on the poster punishment.

"It's embarrassing really. I don't know how to explain it, it's crazy," said Joshua Hill.

Hill says he's never raised a hand to a woman and only pleaded guilty to end the drawn-out court process. According to his arrest warrant, he "placed his arm about the victim's neck" and pushed her back.

While he says he's innocent, he says this public shaming has taught him a lesson.

"I won't be in anymore confrontations. Just... walk away."

12 News' sister station WFMY talked with a judge not affiliated with this case about this creative sentence.

"The idea is that if we shame you, and you feel embarrassed, then maybe you won't do this again," said Judge Lawrence McSwain. McSwain is a retired Guilford County District Court Judge but still works as an emergency judge.

He says the purposes of a punishment include preventing crime and rehabilitating an offender. Sometimes, Judge McSwain says the answer is jail time while other times, it can be public shaming.

"A judge has a lot of power to create unusual sentencing because the statue says that a judge may impose any other condition that reasonably relates to the crime and the purpose of which punishment is imposed," said Judge McSwain.

Judge McSwain says he once ordered a young man who stole shoes from someone to take the shoes off in court and give them back to the boy he stole them from.

"The idea was to let him feel what it's like to have someone take something from you and put you in an embarrassing position," said Judge McSwain.

He added, "It's the shame effect. There's research around the world and countries that tend to impose a shaming effect tend to have less recidivism and less crime."

A creative sentence is not appropriate for every crime and Judge McSwain says they're most likely used for misdemeanor charges, not felonies.