GILBERT, Ariz. — Monday night's Powerball drawing has revealed that a lottery ticket worth $1 million was sold at a Gilbert grocery store.

A ticket sold at a Fry's Food store near Higley and Pecos roads had five numbers that matched with Monday's Powerball drawing, resulting in a jackpot worth at least $1 million.

A single ticket sold in California matched all six numbers and was the lucky winner of the nearly $700 million jackpot prize, which is one of the largest lotteries in U.S. history.

Four lottery tickets with at least four of the winning numbers were sold at stores in Gilbert, Phoenix, and Tucson. They're each worth $50,000. 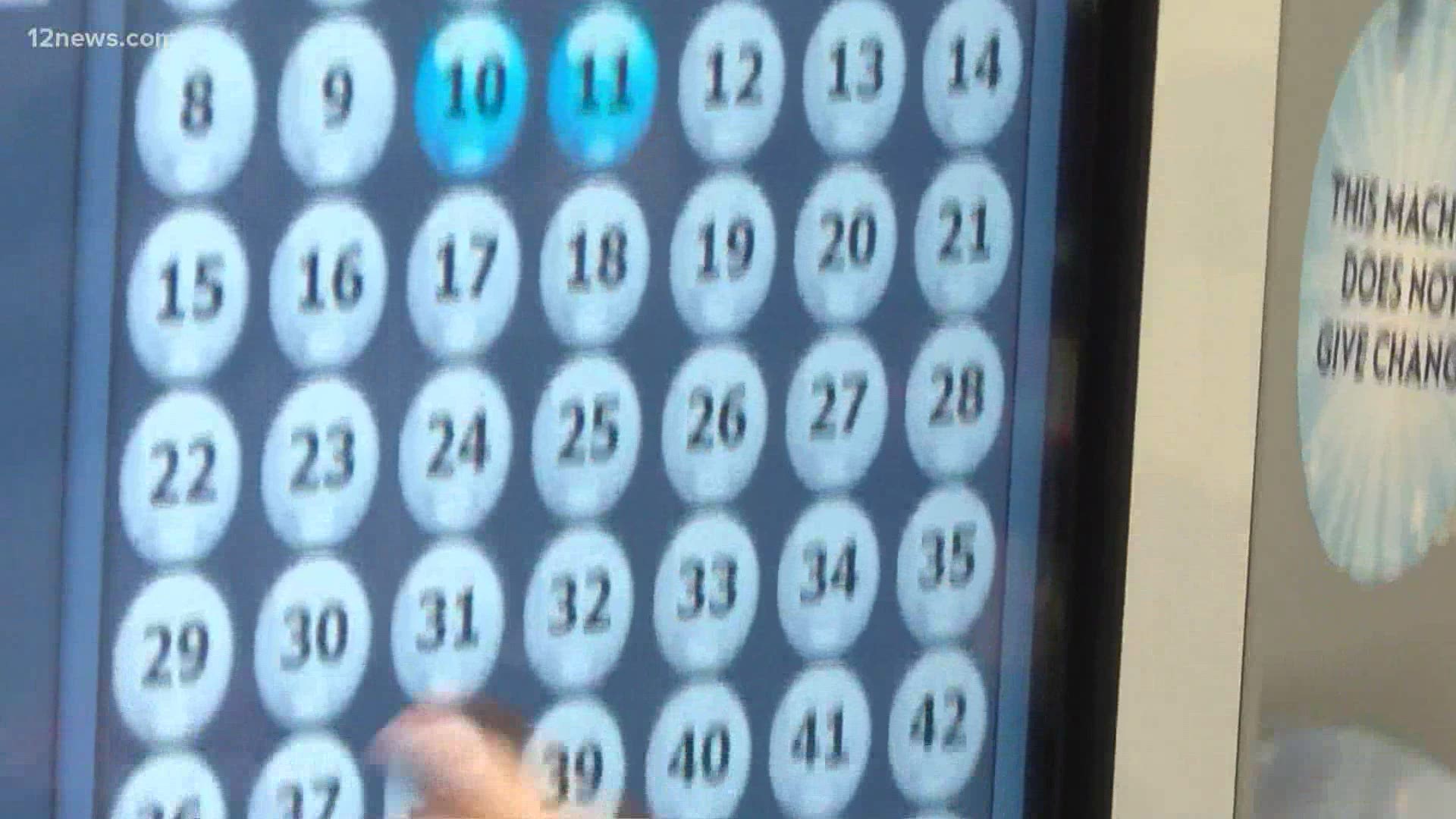