People in communities that were put under evacuation orders were allowed to return home as of 6 a.m. Thursday morning. 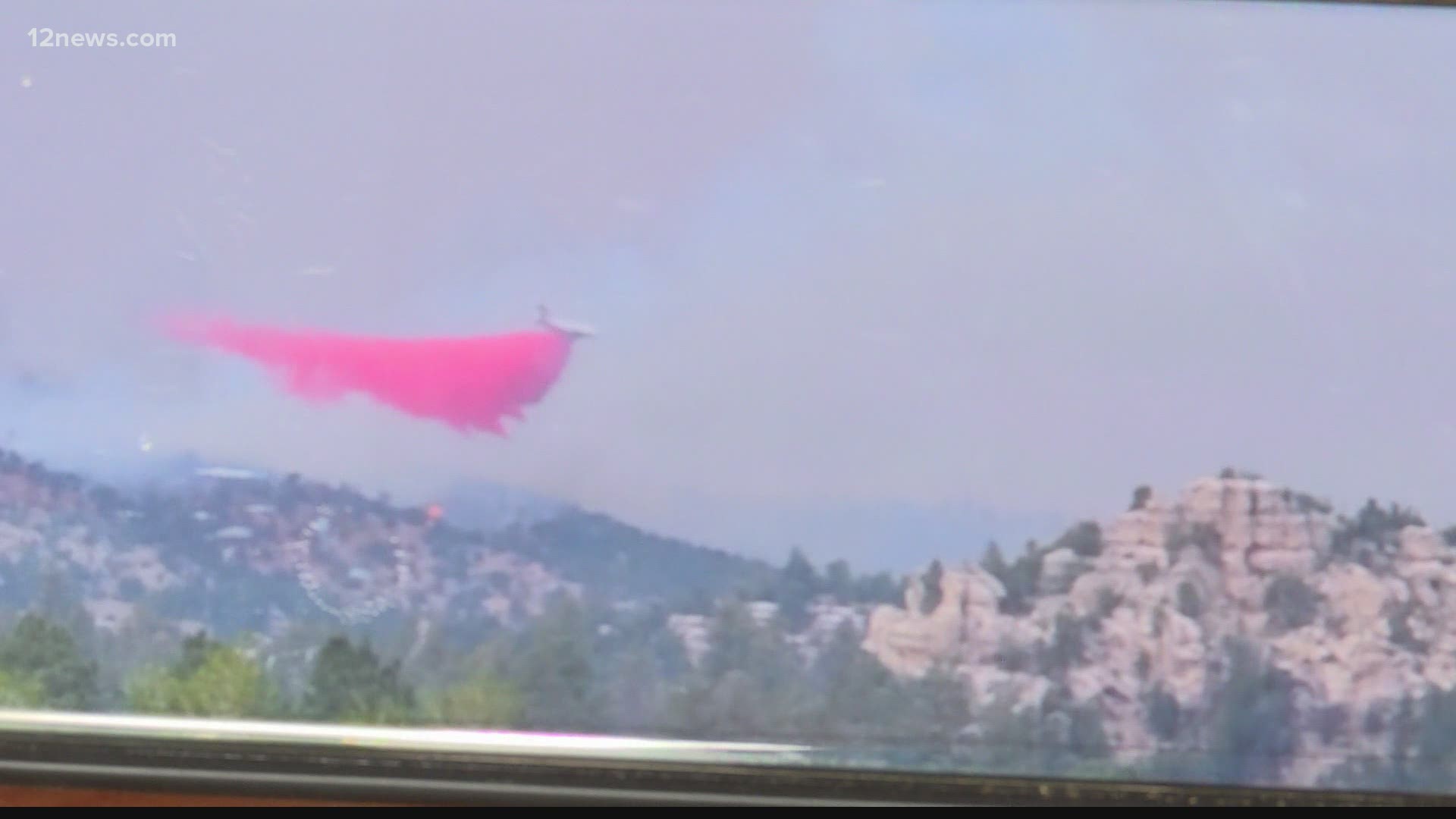 HEBER, Ariz. — The Wyrick Fire burning 12 miles northwest of Heber has dropped to 7,592 acres and jumped to 79% contained, documents stated on Tuesday.

The wildfire was measured to be at 9,717 acres and at 19% containment on Saturday, according to fire officials.

The West Chev Fire has burned 400 acres in the same area.

Both fires, which started June 19, forced evacuations throughout the area, people were allowed to return to their homes on June 24.

The wildfire was "spreading in all directions" earlier this week, officials said. The fire threatened powerlines that are one mile west of the fire.

Dry pinyon-juniper and grass are the main fuel source of the fire, and firefighters are concerned about continuing high temperatures, outflow winds, and thunderstorms pushing the fire and contributing to the spread.

Navajo County officials declared a state of emergency on June 21. The move frees up funds for additional resources to help control the fire.

RELATED: These are all the road and national forest closures due to wildfire activity in Arizona

As of 6 AM today 6/24 #WyrickFire evacuation notices have been lifted. pic.twitter.com/LmrR6WTyjL

Get the latest wildfire coverage on the 12 News Youtube channel.