More fire restrictions are on the way after more than 700,000 acres of land have been scorched as a result 1,669 mostly human-caused wildfires.

ARIZONA, USA — Arizona wildfires have burned more acres of land this year than what burned in 2018 and 2019 combined, according to the Arizona Department of Forestry and Fire Management.

More than 700,000 acres have been scorched by the 1,669 fires the state has seen so far, 87% of which were human-caused, the department said. The number is the highest amount of acres burned per year compared to the last five years.

Both humans and mother nature seem to be at blame for the large amount of land burned, according to the department's Public Information Officer Tiffany Davila. The heightened amount of dry foliage due to the intense heat the state has experienced definitely helped set the stage for the disastrous spread of fire.

"The moisture from 2018 coupled with the moisture from 2019 increased the fire fuel across the central portion of the state and down through southern Arizona," Davila said. "We basically just had a surplus of kindling across the state. When fires start with that kind of fuel, they move very quickly and very rapidly."

The increase in people visiting outdoor areas as businesses are closed due to the COVID-19 pandemic also contributed to the increase. 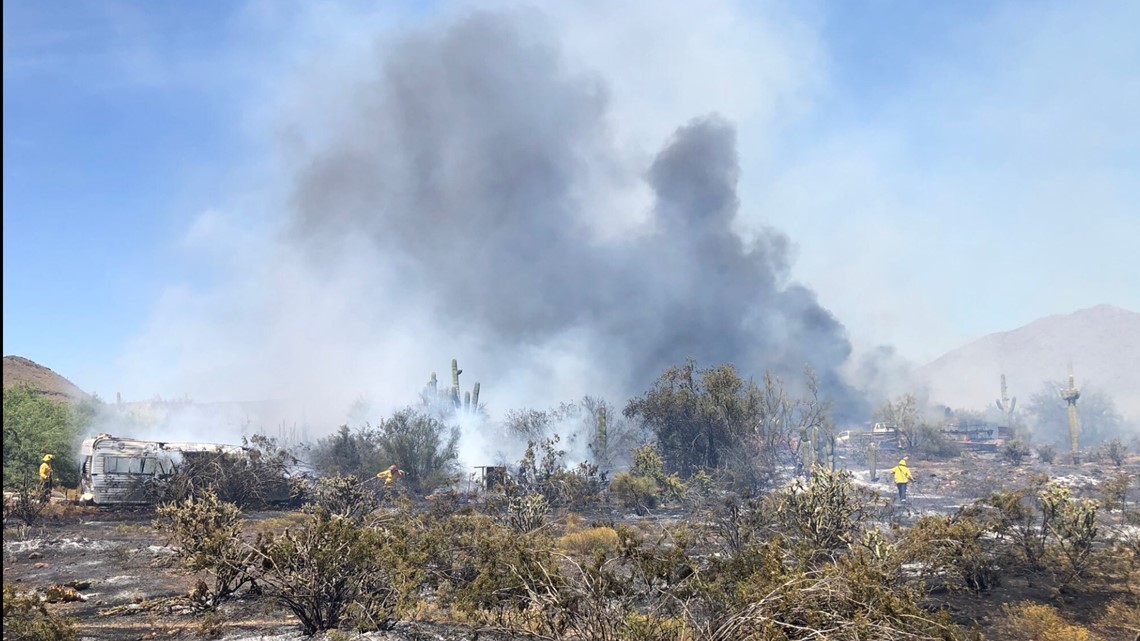 Here are some ways to help prevent wildfires in Arizona
The East Desert wildfire, which has burned more than 1,500 acres as of Monday morning, was determined to be human-caused. ARIZONA, USA - There have been an estimated 400 wildfires in Arizona as of May 18, according to the Southwest Coordination Center website. Humans have caused 381 of those fires.

"The amount of re-creators has doubled," Davila said. "Either people are not paying attention to fire restrictions or just disregarding fire restrictions in general, which is unfortunate because fire suppression is expensive and firefighters are spread so thin."

The majority of fires are usually seen during the weekend, due to more people being out and about, according to Davila. However, this changed during the first few months when the stay-at-home order was issued by Governor Doug Ducey.

As more people were trying to get work done at their homes and in their yards, an increase in the amount of fire activity seen on a daily basis has also been seen.