We are continuing to track the efforts to contain the blaze and will update the public on any new information as soon as it becomes available. 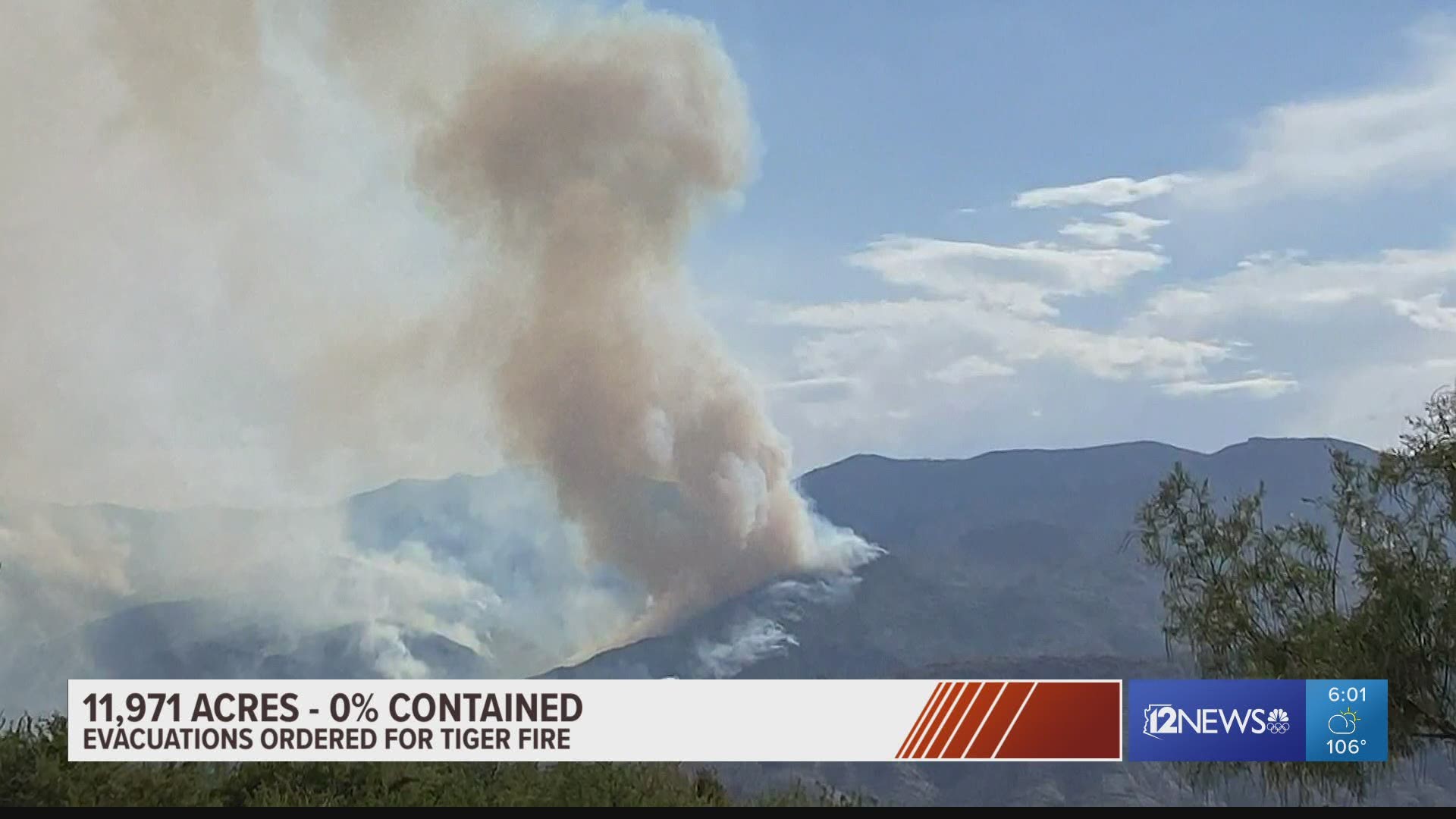 CROWN KING, Ariz. — Editor's note: The above video aired during a previous broadcast.

The lightning-caused fire has burned more than 16,000 acres as of Monday morning.

We are continuing to track the efforts to contain the blaze and will update the public on any new information as soon as it becomes available. Please check back often for the latest information.

The Tiger Fire has burned 16,246 acres and is 43% contained as of Monday, fire officials said.

"The Tiger Fire remains active, with short duration runs due to wind and topography pushing the fire to the north and east onto Bureau of Land Management lands," fire officials said. "Firefighters continue to focus on the western and eastern part of the fire."

The following communities are under the "GO" order or have been asked to evacuate:

The following communities are under the "SET" order and have been asked to prepare for possible evacuation:

The following communities are under the "READY" order and have been asked to prepare to evacuate:

Officials have announced that the New River School located at 48827 North Black Canyon Highway has been set up as a shelter.