The fire has burned more than 87,078 acres and has caused the evacuations of nearby communities and closures of roadways. 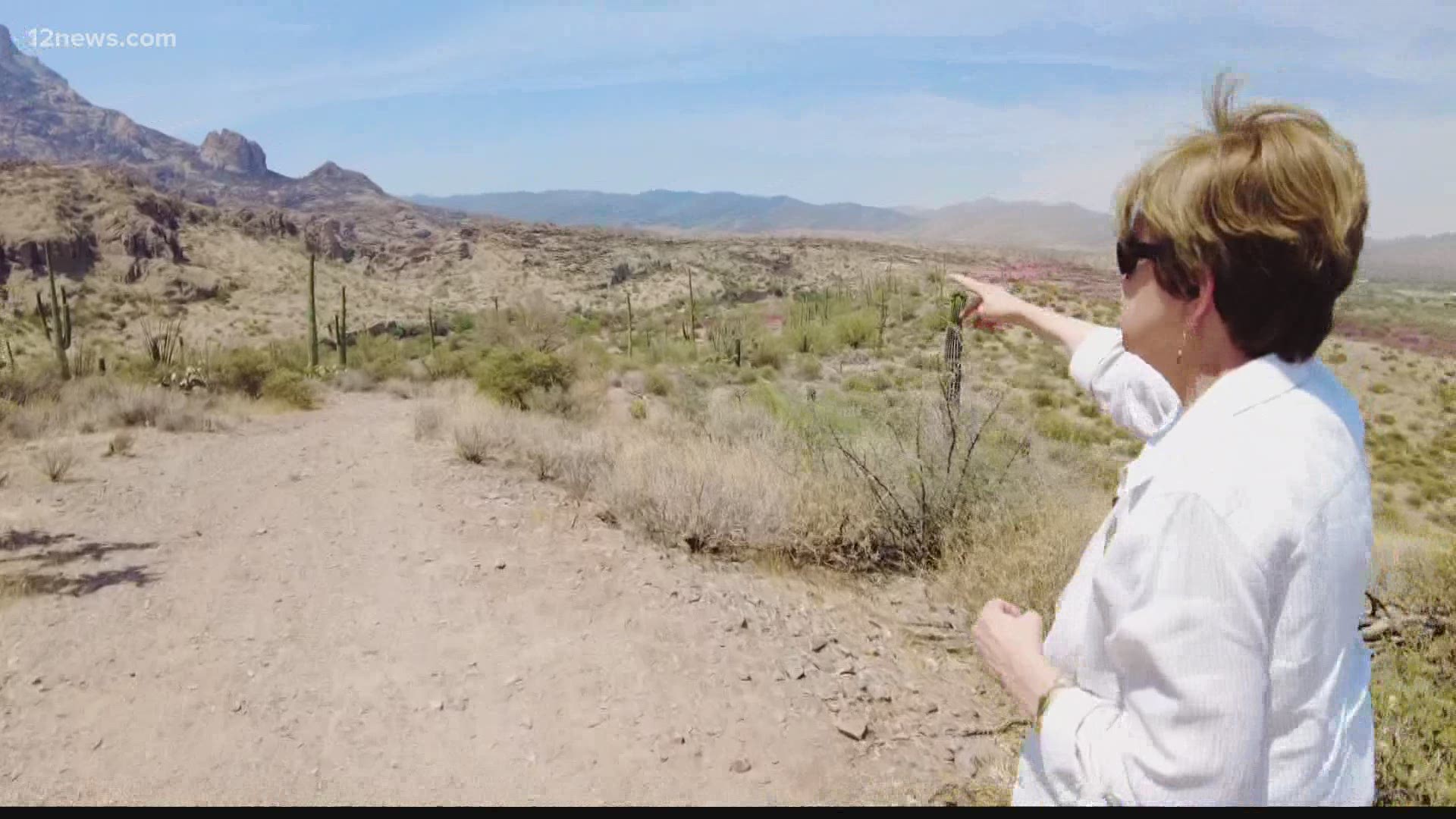 SUPERIOR, Ariz. — The Pinal County Sheriff's Office and fire crews are continuing to patrol, extinguish, and remove burning material on the containment line along Forest Road 651 due to a fire.

The fire, called the Telegraph Fire, has burned around 87,078 acres and closed multiple roadways in the area.

Fire officials said on Saturday that containment around the fire was at 45% and 20 structures have been destroyed.

Highway 77 is closed from Globe to Winkelman.

Multiple communities in Pinal and Gila counties have been ordered to evacuate or are preparing to evacuate, the Pinal County Sheriff's Office said.

The following communities are under the "SET" order and have been asked to prepare for evacuation:

The following communities are under the "READY" order, meaning residents who voluntarily relocated can safely return home:

Post Office buildings in Globe, Miami, Claypool were closed due to the fire but will reopen on June 11, the U.S. Postal Service said.

There has not been an update on post offices in San Carlos, Bylas, or Peridot. They have been closed until further notice.

Find the latest updates on the fight to contain the fire from fire officials here.

Here are few more photos from one of our AZ511 cameras on US 60.

Remember to check AZ 511 for the latest on highway closures due to the fires.#TelegraphFire #MescalFire pic.twitter.com/QaqVS5WtiE

The Tonto National Forest in Gila County was closed for safety Monday afternoon, the National Forest Service said.  Power has been cut to more than 200 homes in Top-of-the-World, the sheriff's office said.

Approximately 400 people were affected in the evacuation of Top-of-the-World, authorities said. There is no word on how many are affected by the most recent evacuation orders.

There is an evacuation shelter open at the High Desert Middle School in Globe, Gila County Health and Emergency Management said in a Facebook post.

The Red Cross has set up an evacuation center at Lee Kornegay Intermediate School at 4635 Railroad Ave. in Miami and at Skyline High School in Mesa.

The @RedCrossAZ has set up an evacuation center at Lee Kornegay Intermediate School at 4635 Railroad Ave in Miami and at Skyline High School in Mesa.

Large animal sheltering is available at the Birch Stockyard at 2822 N Hwy 188 in Globe and the Apache Junction Rodeo grounds.

US 60 has been reopened in both directions on Friday.

US 60 is now OPEN in BOTH directions between Superior and Miami following the wildfire closure.

A temporary public access order has been issued for National Forest System lands, roads, and trails within the boundaries below.

The Arizona Humane Society's Emergency Response Team has been deployed to the Telegraph Fire on Sunday to provide resources for family pets.

A team of seven including medical and animal care personnel has set up an emergency shelter at Skyline High School in Mesa.

One pug, two poodles and a parrot are currently being cared for by AHS workers.