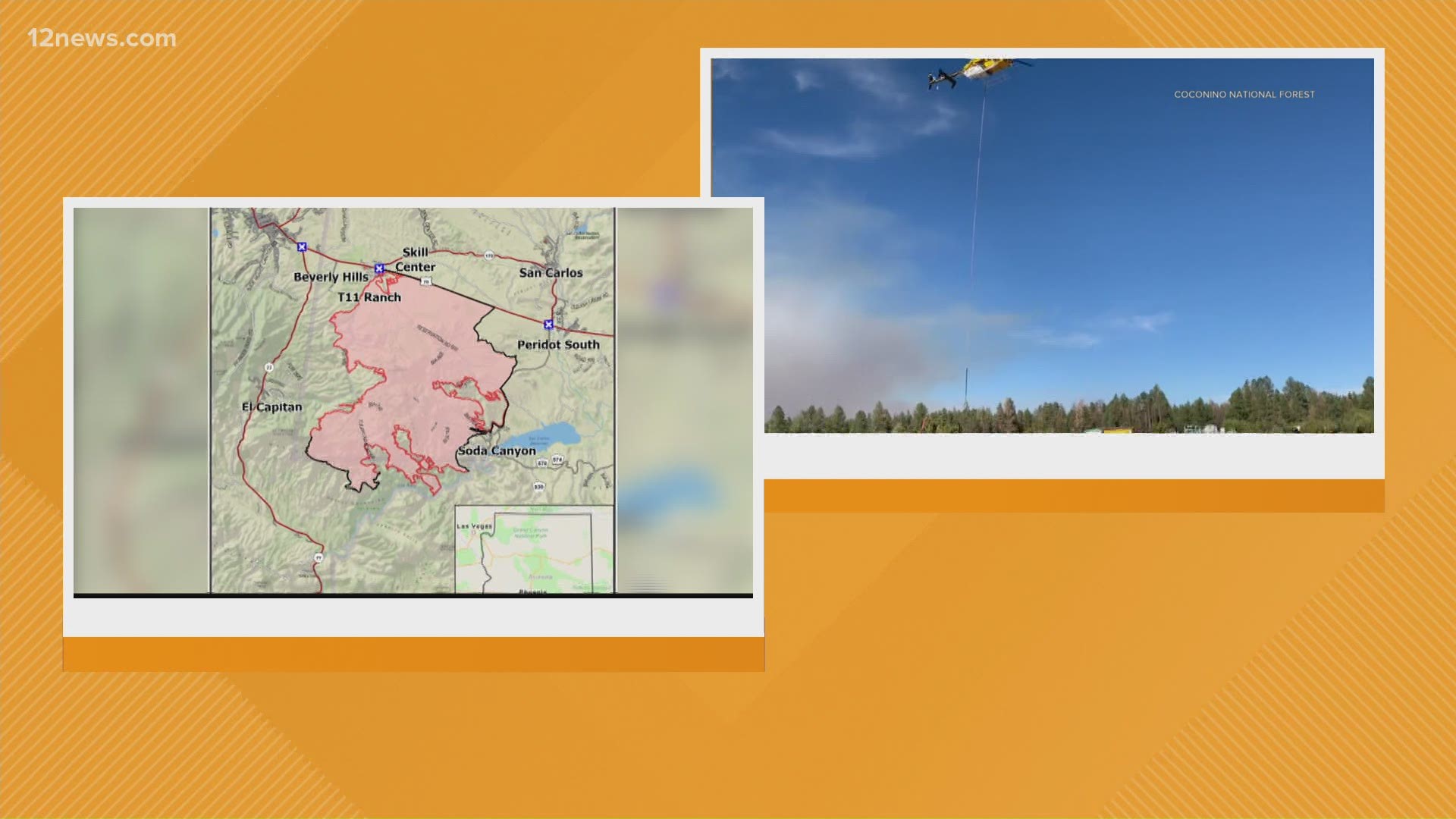 PHOENIX — The Arizona Department of Forestry and Fire Management announced on Thursday that beginning at 8 a.m. on Friday, all Arizona State Trust Land will be under stage two fire restrictions.

This means no campfires, no smoking outdoors, no target shooting and no fireworks.

These elevated restrictions come as multiple major wildfires are burning in the state.

As of Friday, June 11, at 8am, #AZForestry will implement Stage II fire restrictions in northern & central #Arizona. Therefore, as of tom., all #Arizona State Trust Land will be in S2 restrictions. No campfires, smoking outdoors, target shooting or fireworks. #AZFire #AZForestry pic.twitter.com/NHRYFcwVm6

Wood and charcoal fires are prohibited. Gas/propane stoves are allowed only for cooking meals. Smoking (including e-cigarettes) is prohibited in the park and on the trails. Smoke is allowed inside an enclosed vehicle/camper only.

The stage one fire restrictions prohibit the following on forest land:

Under stage two restrictions, the following acts are prohibited from 9 a.m. to 8 p.m.