The Telegraph Fire burned more than 180,000 acres in Tonto National Forest, and municipalities around the burn scar are preparing for flooding. 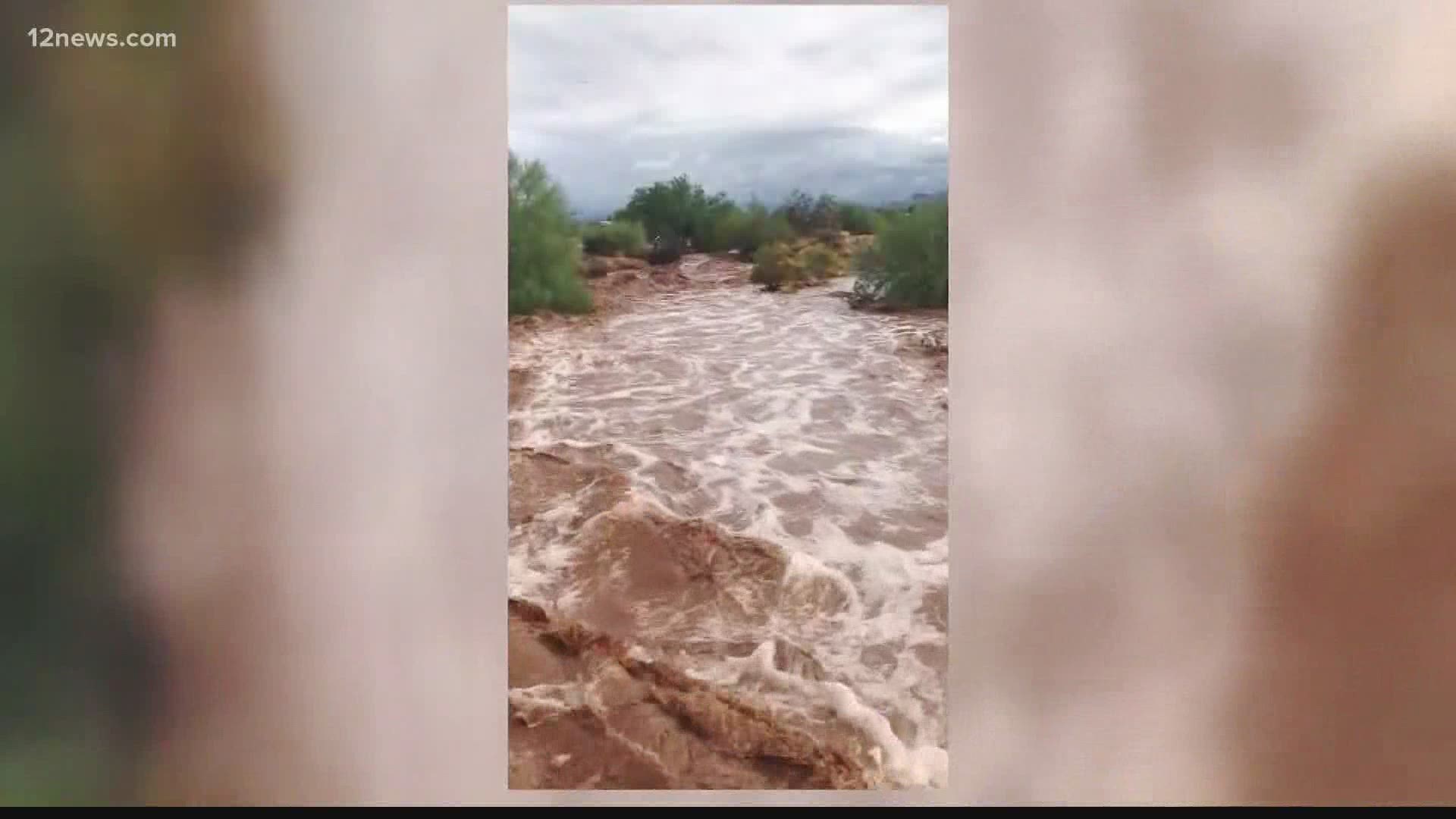 GLOBE, Ariz. — Big monsoon changes are on the rise in Arizona.

While the flooding rain might help stop the flames of wildfires, it can also threaten cities and towns that have already been impacted by fires this summer.

The Telegraph Fire has burned more than 180,000 acres in the Tonto National Forest near Globe, Miami and Superior, and teams working to figure out what risk the burn scar will pose as more water streams in the area.

BAER team assessing the risk of the Telegraph burn scar

The BAER team, which assesses post-fire hazards like flooding, has been working to find out what risks the Telegraph Fire burn scar could bring.

“There was a lot of moderate burn severity out there,” Mike Martinez, BAER Team lead for the Telegraph Fire said.

Martinez said the BAER team completed their modeling over the weekend. He said models suggest that creeks and streams in the area could see more water than they usually do.

“We’re seeing a response where a stream channel that would normally experience a certain amount of flow during a 1-year event, which is a storm that’s expected to come every year, is expected to act like a 10-year event,” Martinez said.

RELATED: Residents who evacuated due to Backbone Fire allowed back home

City of Globe and Town of Superior are preparing

In anticipation of the monsoon storms, Globe and Superior are preparing for whatever could come down their washes and creeks.

Gameros said the city has been working on a coordinated plan to make sure their city and citizens are ready.

Gameros said cameras and flood water meters have also been installed in the Pinal Mountains to hopefully help get a warning that water could be coming.

“Actually mitigating or cleaning out our washes, that’s our most concern right now,” Gameros said. “Having sandbags ready if we do have areas that will flood.”

The county said in a release, up to 50 sandbags per family will be available at the Superior Airport on July 2 and July 3 from 5 a.m. to 1 p.m. and after 9 a.m. July 2 at Boyce Thompson Arboretum, Spirit of Truth Baptist Church at Top of the World and Queen Valley Fire District.

“It’s a new type of vigilance, just like we’re in our ‘ready, set, go’ mode for evacuations, we have to be really aware of what’s happening in the weather,” Besich said.

Keep track of the latest updates of wildfires across the Grand Canyon State on YouTube.