Fire crews from multiple jurisdictions are working to contain the fire that has burned about 40 acres, officials said. 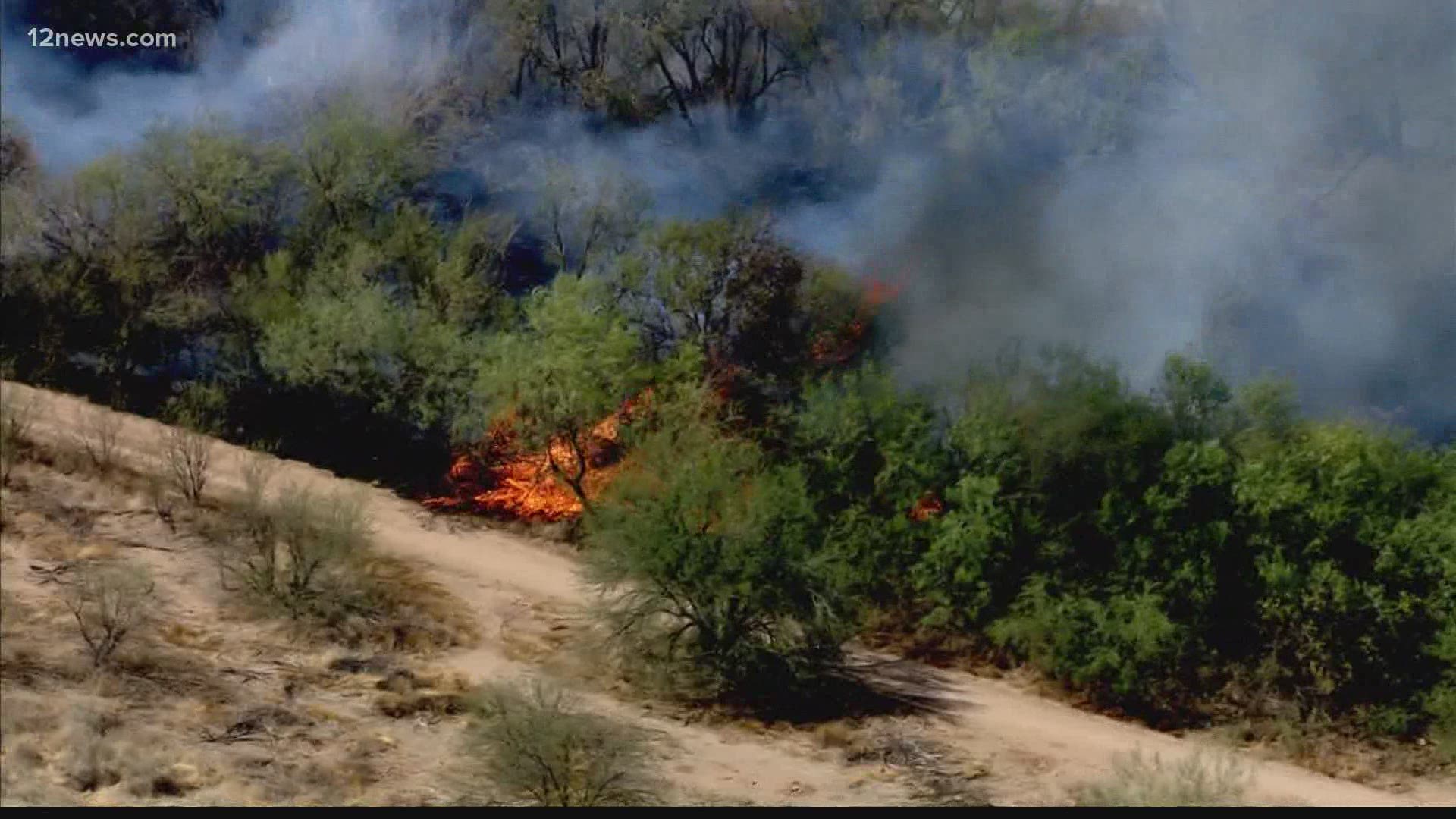 PHOENIX — Fire crews from multiple jurisdictions are battling a brush fire that began Friday afternoon near Loop 101 and State Route 51.

Crews arrived around 2 p.m. and noticed that the fire was burning quickly through vegetation along a canal, officials said.

Approximately 40 acres have burned but there has been no reported damage to structures, officials said.

The extinguishing efforts will be extended due to access challenges, according to officials.