Evacuations ordered as Mescal Fire grows to more than 38,000 acres

The wildfire burning in Gila County started on June 1 about 16 miles southeast of Globe. 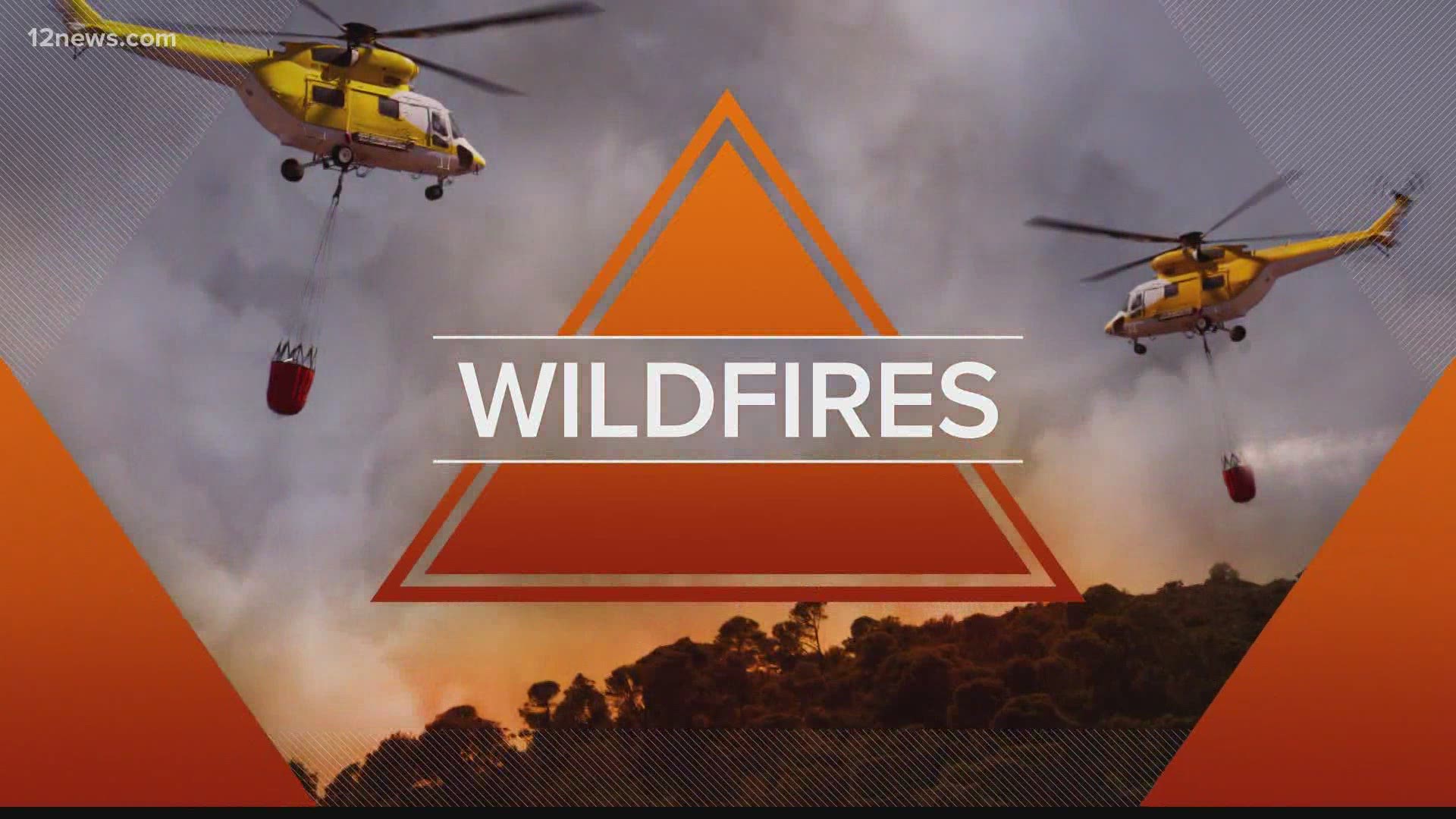 GILA COUNTY, Ariz. — Some residents of Gila County have been ordered to evacuate as a wildfire continues to grow, fire officials said.

The wildfire, called the Mescal Fire, has burned 38,702 acres with 2% containment as of Sunday afternoon.

The following communities have been placed in the "GO" evacuation category:

The following communities have been placed into "SET" and should be prepared for evacuation orders:

See the most recent update on the efforts to contain the fire here.

The fire started burning on Tuesday about 16 miles southeast of Globe. Around 200 fire personnel have been assigned to control the fire.

An evacuation site has been set up at High Desert Middle School in Globe, Arizona.

Public access has been temporarily closed for the following areas:

GID - #MescalFire Update: Gila Co. Sheriff's Office has announced an evacuation alert for residents in the El Captian area, east of SR 77, between MM 155 and 161. https://t.co/QATIqBkQmr