The fire has burned an estimated 1,200 acres since it started around 12 p.m. on Sunday, officials said. 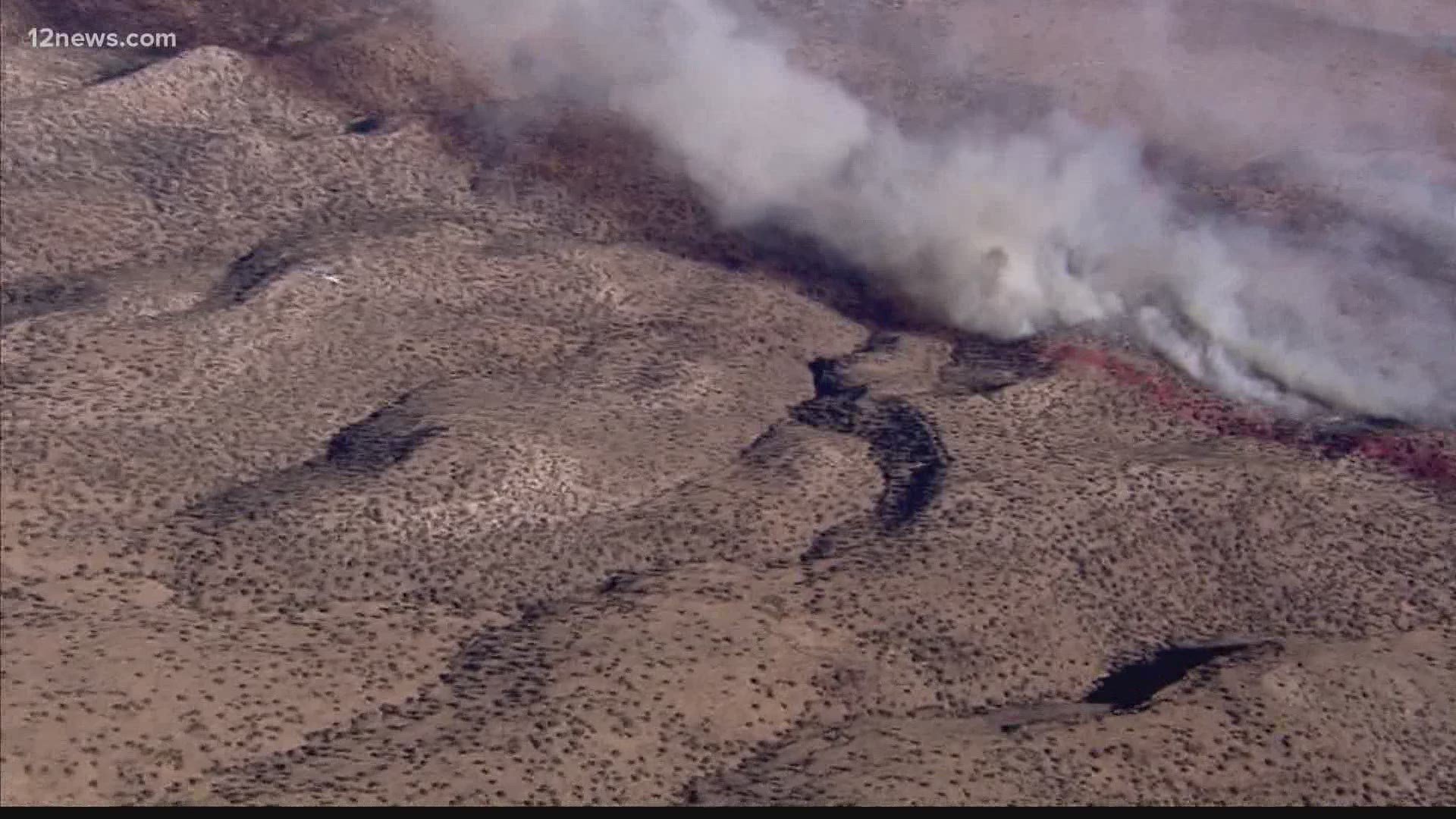 CORNVILLE, Ariz. — Editor's note: The video above is from a newscast on June 11.

Evacuations were lifted on Monday for locations in Cornville after a wildfire started around 12 p.m. on Sunday.

Officials tweeted Monday there was minimal fire activity overnight. The fire moved away from populated areas.

Residents in the area are asked to return to "ready" status and watch for any new developments.

The Cornville Fire has burned an estimated 1,240 acres and is 92% contained as of Wednesday night.

The Sedona Fire District assisted with extinguishing efforts but there was no concern for residents in the area.

An evacuation center was set up at Mingus Union High School.

Cornville is about 55 miles northeast of Prescott.

Per YCSO, all remaining evacuations have been lifted on #CornvilleFire. Affected residents return to READY status. Be prepared & sign up for emergency alerts through your county's emergency management website. #AZFire #AZForestry @CoconinoNF pic.twitter.com/s7a4ezcLFm

Min. fire activity overnight on #CornvilleFire. It has moved away from populated areas & into rugged terrain. Crews pulled off line due to safety last night, but have re-engaged. 2 engines patrolling established fire line around community. 1,200 acres. #AZForestry @CoconinoNF pic.twitter.com/Gpspjhyn85