2020 was the worst wildfire season Arizona had in nearly a decade. Gov. Ducey spoke on how 2021 may be different after signing the first part of a new initiative. 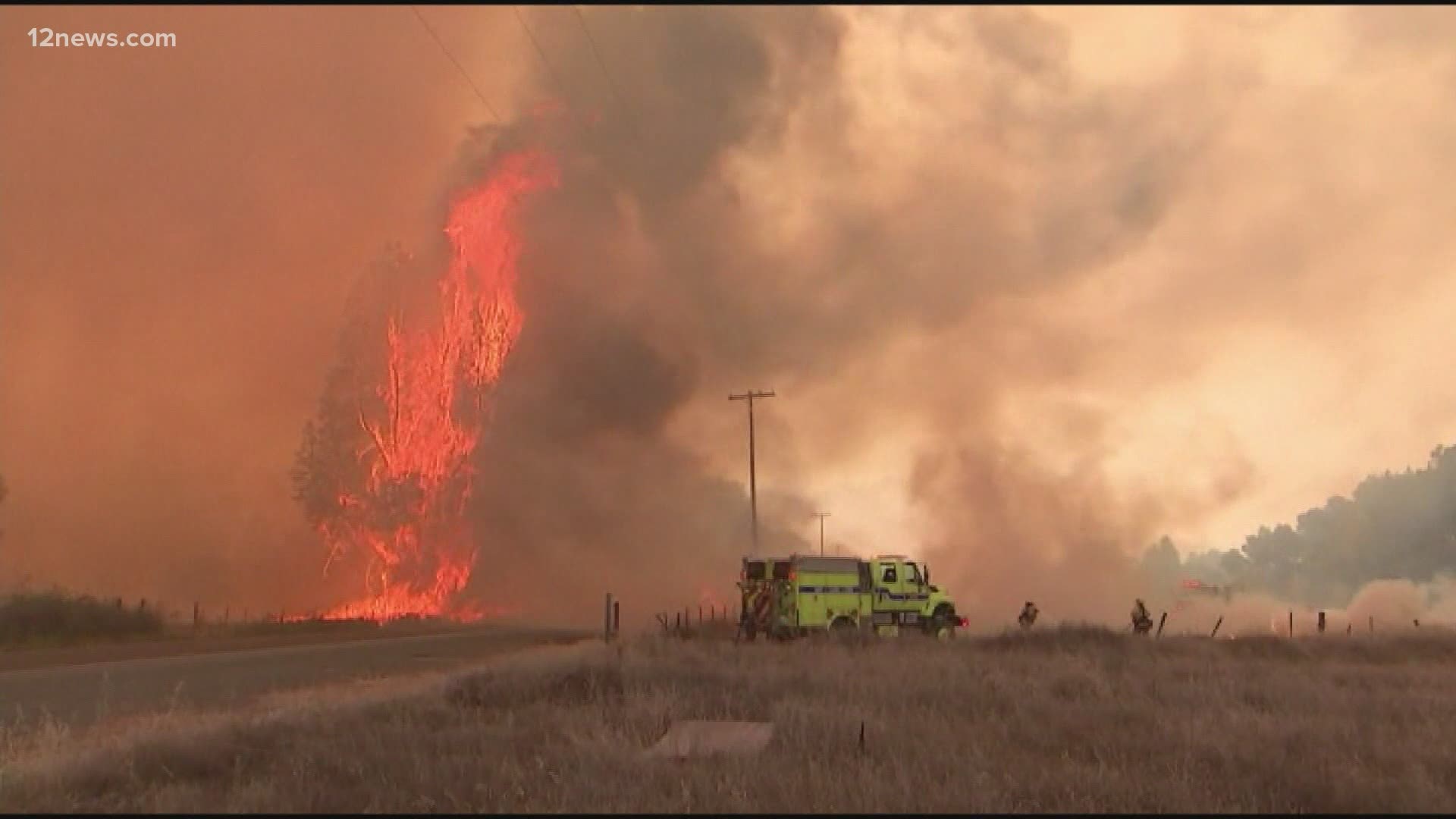 The outlook said multiple conditions -- including high temperatures, a lack of precipitation and ongoing extreme drought throughout the state -- creates the possibility for an early wildfire season this year, with widespread fire activity starting as early as June.

"Forecasters do expect La Nina conditions to linger for the next few months, however early indicators point toward a timely arrival of a normal monsoon season," the outlook said.

The outlook was presented after Ducey signed a $24 million proposal on March 13, mandating inmates help state forestry crews clean up and clear out wildfire-prone areas, specifically in northern Arizona.

The proposal is the first part of a bigger legislation initiative called the Arizona Healthy Forest Initiative, the governor's office said.

"However, if we do not get more help from the public we may find ourselves in a similar, precarious situation."

Wildfires in Arizona burned the most acres of land in 2020 than any other year in the past decade, according to data from the Arizona Department of Forestry and Fire Management.

The overgrowth of dry foliage and a nonexistent monsoon season led to fire activity seen across the state, including the Superstitions, southern Arizona, Tonto National Forest and along Interstate 17.

The department has recommended taking proper fire safety precautions to make sure individuals don't start a wildland fire, including paying attention to their surroundings while working outdoors, putting out campfires completely, securing tow chains, and abiding by fire restrictions.