The Coconino, Kaibab, Apache-Sitgreaves, Prescott and Tonto national forests will be closed to the public starting this week. 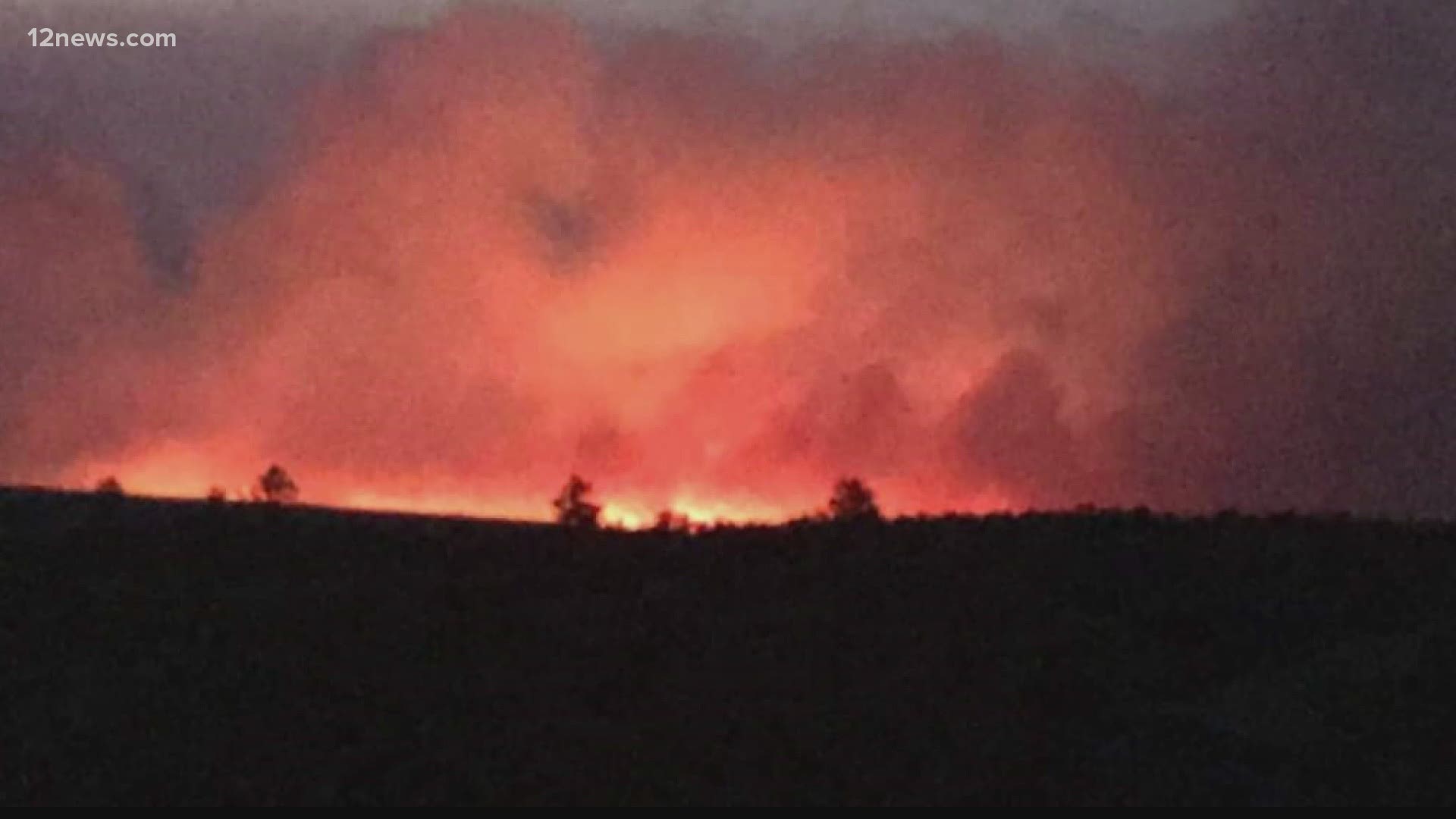 ARIZONA, USA — The Tonto National Forest is the latest national forest to close this week as more than a dozen fires continue to burn across the state.

The Coconino, Kaibab, Apache-Sitgreaves and Prescott national forests are closed to the public starting this week due to fire danger, dry conditions and persistent wildfire activity.

Tonto National Forest officials closed the state’s largest national forest due to ongoing extreme fire danger on June 25. The order will remain in effect until July 31, or until rescinded. Residents or businesses using roads in the restricted area to the extent necessary to access their private property are exempt.

Prescott National Forest officials on Friday modified the closure to allow some areas to remain open:

The public should plan on the closure of the national forests for several weeks.

A full forest closure means that the public is prohibited from entering any part of the national forests at any time, the National Forest Service said. Those with private inholdings will be allowed access to their property, as well as personnel providing utility support where necessary, and firefighters performing their duties.

Campers and visitors that are currently at the forests will be asked to leave before Wednesday and anyone with plans to visit are asked to cancel.

The closure will stay in effect until forest officials see enough precipitation that will greatly reduce the risk of wildfires and until hot and dry weather conditions aren't forecasted.

Thinning and other forest and watershed restoration projects will be stopped and any partner agencies, organizations, concessionaires, outfitters, permit holders or contractors are also prohibited from entering.

Anyone who violates the closure restrictions will be required to appear in federal court and could be facing a class B misdemeanor with a fine of up to $5,000 for an individual or $10,000 for an organization, or up to six months in prison, or both.