Wildfires in Arizona have burned close to 480,000 acres --- more than the amount of acres burned in Alaska, New Mexico, California and Oklahoma combined, NIFC said. 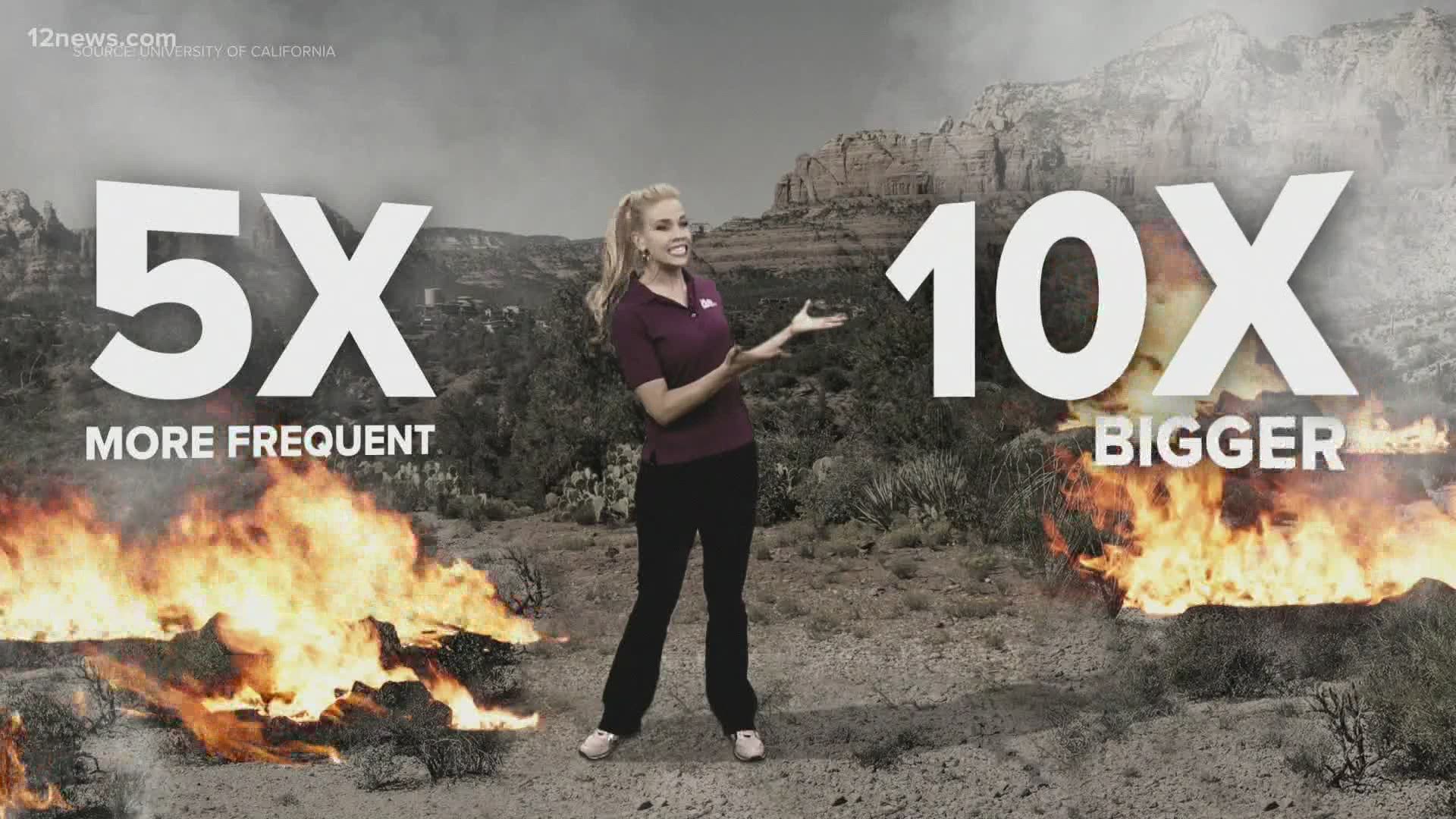 ARIZONA, USA — Close to 480,000 acres have burned in Arizona due to wildfires so far this year, according to the National Interagency Fire Center.

That number of acres is higher than the acreage burned in the next four most-burned states combined, the Boise-based center reported on July 7.

The next highest states included:

Numerous wildfires throughout Arizona have contributed to the significantly large amount of acres burned. The Telegraph Fire, the state's largest wildfire this year, burned 180,757 acres alone in the Tonto National Forest before being fully contained.

There were multiple factors at play in Arizona's ecosystem last year that created the perfect storm for fire spread, including "unseasonably warm conditions, a lack of moisture, an overabundance of fine fuels, and increased recreational traffic across the state," according to the Arizona Department of Forestry and Fire Management.

The 2021 Wildfire Season Outlook said the same conditions, including high temperatures, a lack of precipitation, and ongoing extreme drought throughout the state, created the possibility for an early wildfire season this year.

Upcoming monsoon activity could help extinguish some of the currently raging wildfires. The storms could also bring weather hazards including lightning, strong outflow winds, dust storms, and heavy rainfall, all of which could lead to flash flooding on wildfire scars.

The department recommends taking proper fire safety precautions to make sure you don't start a wildland fire, including paying attention to your surroundings while working outdoors, putting out campfires completely, securing tow chains, and abiding by fire restrictions.