FROM MAROON TO RED: Whitehouse ISD goes 'RED OUT' in support of native Patrick Mahomes

Whitehouse ISD had a community-wide RED OUT in support of Whitehouse native Patrick Mahomes and his team the Kansas City Chiefs. 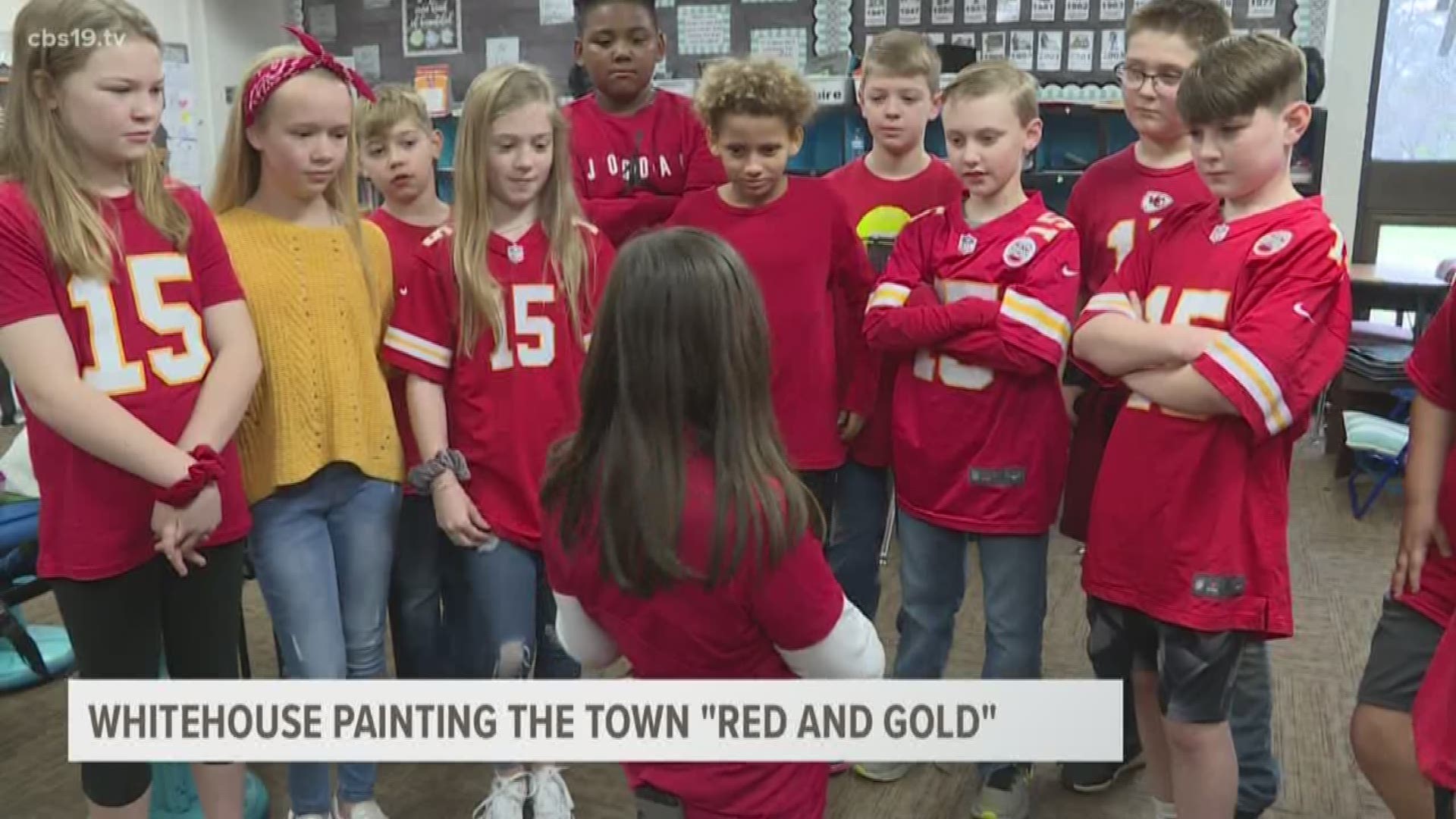 WHITEHOUSE, Texas — The Whitehouse Wildcats traded in the maroon for red and gold on Friday to show support for Patrick Mahomes as he’s about to lead the Kansas City Chiefs in the AFC title game on Sunday against the Tennessee Titans.

"I've supported him since the day he was born and to see other people, not even kin to him supporting him is wonderful a great feeling," said Mahomes' grandma, Debbie Martin, or as she says, his nanny.

All campuses were flooded with students and staff wearing Chief’s jerseys, hats, and even a Mahomes’ cereal box.

One student couldn’t decide which of his Mahomes’ jerseys to wear, so he put on four.

If you ask anyone at the school district who’s going to win the AFC Championship, the answer is a resounding Kansas City Chiefs.

RELATED: Where to watch Mahomes, Chiefs on Sunday