'We are here to hold Daniel Cameron accountable': 87 arrested after protesting at attorney general's home

The protesters had their arms linked while sitting on his front lawn, chanting and pushing for Cameron to charge the LMPD officers in Breonna Taylor's case. 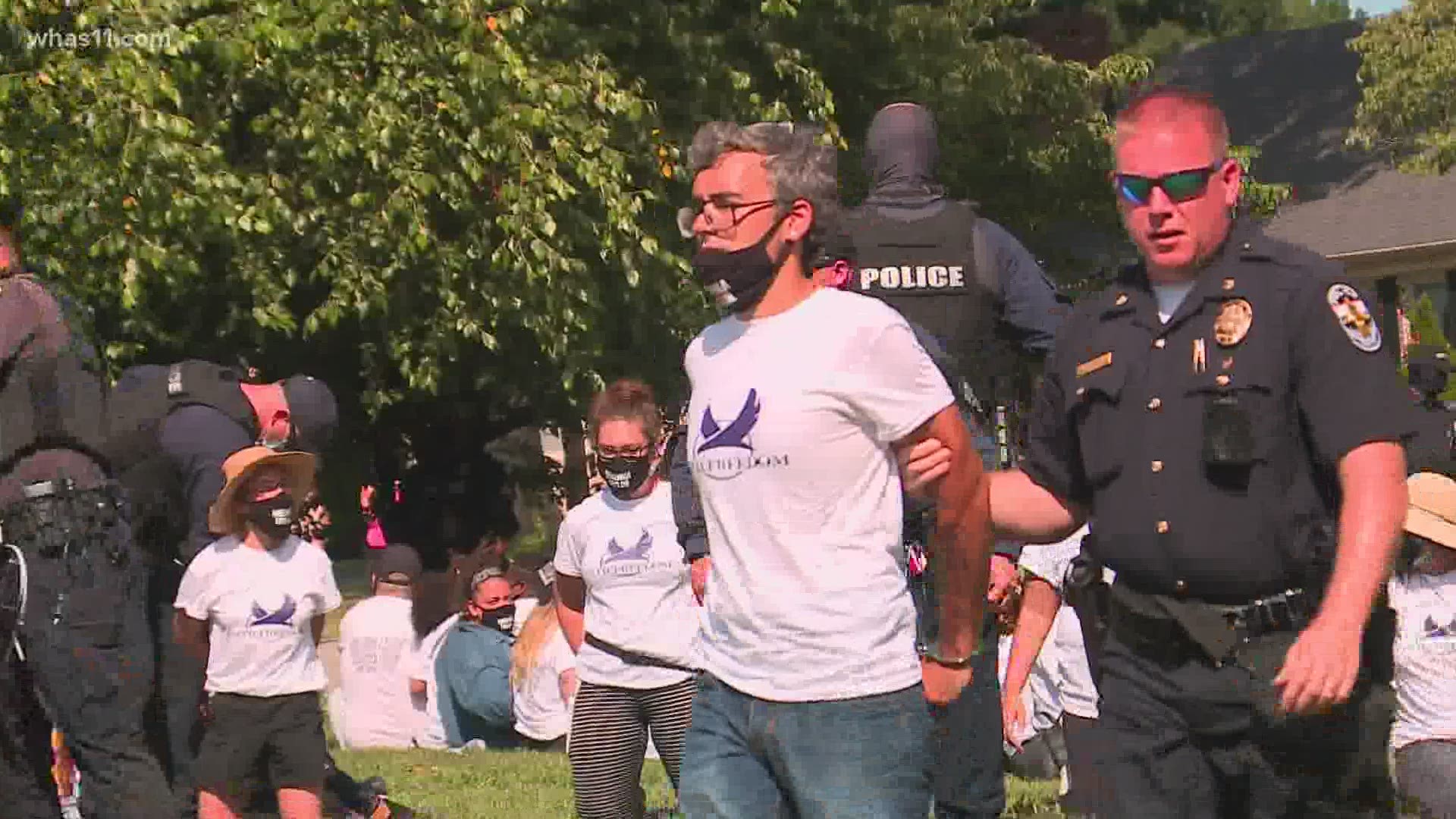 LOUISVILLE, Ky. — "You're new neighbor has the power to arrest and charge the cops that murdered Breonna Taylor," said Linda Sarsour, a co-founder of Until Freedom.

Graymoor-Devondale off Herr Lane, was introduced to their new neighbor by protesters like Sarsour right outside their homes.

"We are here to hold Daniel Cameron accountable to make sure that he does his job because he is not doing his job," Sarsour said.

Protesters were standing their ground, while sitting on the ground at Attorney General Daniel Cameron's east Louisville home. They had their arms linked as LMPD made a perimeter around the group chanting.

"They definitely did their job. We had no idea he lived here until now," said Zoe Blake, a neighbor in the area.

Zoe and her father Adam Blake, were some of the neighbors who watched LMPD slowly but surely arrest each one of them. The crowd of protesters only got smaller by the minute.

"They've rolled out with maybe a dozen vans full of protesters that were arrested," Adam said.

Others like Lee Merritt were among the legal observers who traveled into Louisville for this moment.

"To ensure that neither protesters or law enforcement were violating the law or violating anyone's rights," Merritt said.

More than one hundred people marched from Ballard High School down Herr Lane. They peaceful stayed in one lane, not bothering cars in the other direction, ending in Cameron's front yard, only for 87 of them to leave with their wrists tied.

"Everyone that was arrested and put in that van had their head held high," Adam said.

"They were having their hands put behind their backs with zip ties and they still kept their heads held high and people who were standing outside of the police tape were chanting with them," Zoe said. "And I hope that this changes some peoples hearts, it has definitely been very very opening to see first hand."

After more than three hours, the protest was over, with Cameron's front yard seemingly untouched. These protesters say this won't be the last time this community will see them.

"So we want you all the know that you may see us often in the neighborhood," Sarsour said.

MORE ON THE BREONNA TAYLOR CASE