The vigils were part of a national demonstration called "Lights for Liberty: A Vigil to End Human Concentration Camps." 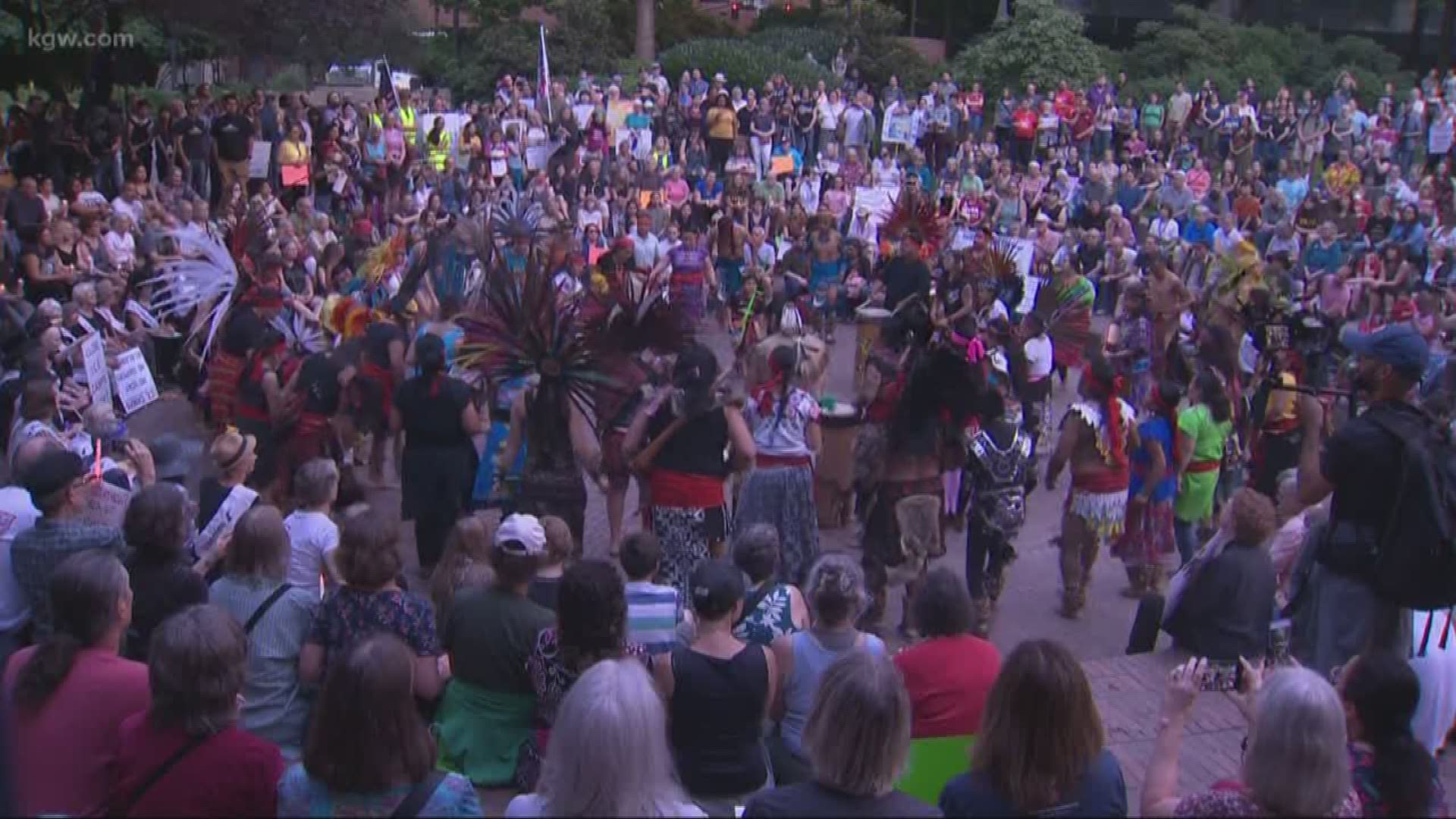 PORTLAND, Ore. — Several vigils were held in the Portland metro area Friday night to protest the conditions of Immigration and Customs Enforcement (ICE) detention facilities in the United States.

The vigils were part of a national demonstration called "Lights for Liberty: A Vigil to End Human Concentration Camps."

The goal of the vigils was to "bring thousands of people to locations worldwide as well as to concentration camps across the country, into the streets and into their own front yards, to protest the inhumane conditions faced by migrants,” a statement on the Lights for Liberty website says.

More than 20 demonstrations were planned in Oregon Friday night, according to Lights for Liberty. In Portland, vigils are hled outside the ICE Detention Center on Southwest Macadam Avenue and at Terry Schrunk Plaza.

The vigils came ahead of what could be a turbulent weekend. ICE is expected to start raids targeting people who are in the US illegally.

MORE: US deportation raids could start this weekend in 10 major cities