VERIFY: Will Hurricane Irma be a Category 6 storm?

An article shared about 2 million times says Hurricane Irma will be a Category 6 storm with 180 mph winds, but how true is that? 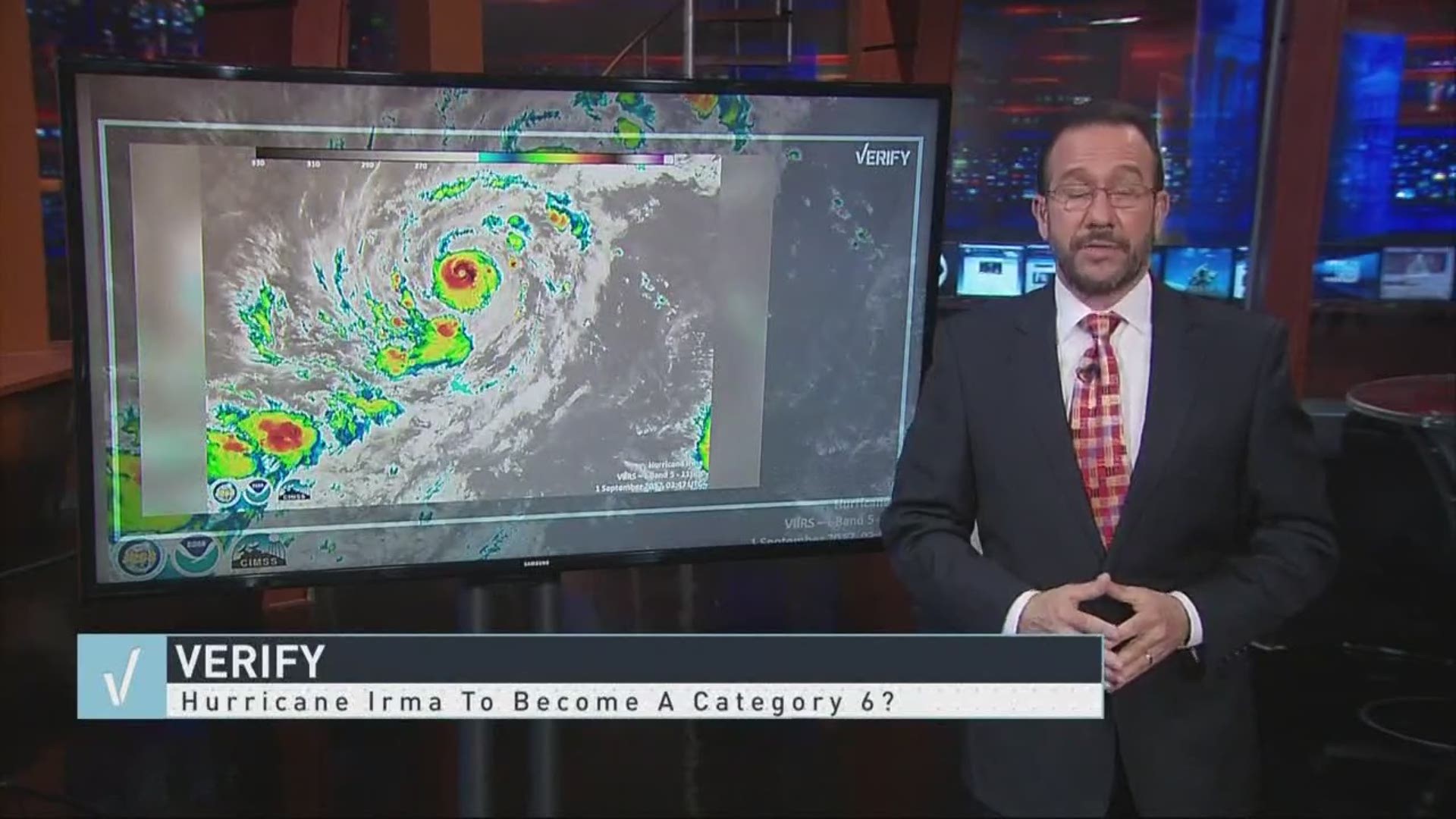 An article shared on Facebook about 2 million times says Hurricane Irma will be a Category 6 storm with 180 mph winds, but how true is that?

No, we can verify there is no such thing as a Category 6 hurricane.

With Hurricane Irma brewing in the north Atlantic Ocean, she's stirring waves of misinformation about her impact and magnitude ashore.

An article shared more than 1.7 million times is taking social media by storm, claiming Hurricane Irma will be a catastrophic Category 6 storm.

Dennis Feltgen, a veteran broadcast meteorologist and spokesperson for the National Oceanic and Atmospheric Administration, says it's bogus.

The National Hurricane Center uses the Saffir-Simpson Hurricane Wind Scale, which caps 5 as the top category for hurricane winds. At Category 5, winds reach 157 mph or higher and can blow small buildings over and destroy power lines.

The hurricane specialist warned people only to trust reliable sources, like the National Hurricane Center.

"In these days of social media, it doesn't take much for something totally off the wall or something dramatic to go viral," Feltgen said. "That gets to be a problem because people don't know who to believe, and when the message is muddled, people can get hurt and we don't want that."

Our Verify researchers dug a little deeper and found it is federal crime to doctor a fake weather forecast and attribute the fake report to a government agency. Those found guilty are liable for up to $500 in fines, up to 90 days in prison, or both.