Is the technology taking away jobs? 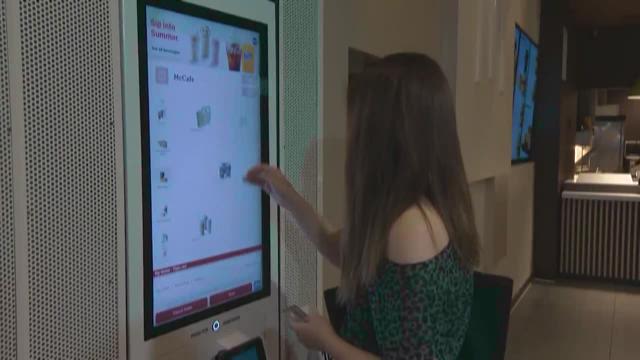 PHOENIX - Self-ordering kiosks are being used more frequently in restaurants taking orders instead of actual workers. We wanted to verify if the technology is affecting jobs.

"The trend is in fast food," said David Scott Peters, founder of TheRestaurantExpert.com. "You’re seeing it right now big chains like a Wendy’s. They’re going to be converting all of their cashiers to kiosks. We’re seeing it with McDonalds right now in Chicago that are already testing and training customers to use kiosks."

Statements and research suggest that technology can increase demand and actually lead to more jobs. Panera Bread said some locations added positions to keep up in the kitchen with an influx of new orders on the self-ordering kiosks.

McDonald's CEO announced last month that he doesn't plan to reduce employees, but shift cashiers to other jobs, according to an article by Business Insider.

"Our CEO, Steve Easterbrook, has said on many occasions that self-order kiosks in McDonald’s restaurants are not a labor replacement," a spokeswoman told Business Insider. "They provide an opportunity to transition back-of-the-house positions to more customer service roles such as concierges and table service where they are able to truly engage with guests and enhance the dining experience."

Peters said one reason that chains are looking into technology is because of the rise in minimum wage to some states.

"It’s the rise in minimum wage which is crushing restaurants," Peters said. "There’s just not enough margin in the business and we can’t really raise our prices so high that our customers won’t come in."

But what about mom and pop shops in the Valley?

"People are saying, ‘Oh you’re removing workers.’ No, not really," said Hanna Gabrielsson, the owner of Beaver Choice in Mesa.

Gabrielsson is subscribing to Juke Slot starting next week. The company comes out and installs table size kiosks where patrons can pay for the bill and reorder food without having to wait for a server.

"Right now, it takes [a server] one to two minutes per ticket," she said. "If you have 60 tickets, it's almost two hours. I think this is going to be good for mom and pops."

Gabrielsson said she does not plan to get rid of any employees, but the technology will help her during peak dining hours.

Peters said there is one other important factor to consider with restaurants adding technology and that is the millennial generation. Millennials embrace technology and appreciate not having to wait in line.

"They’re not eating three meals a day," he said. "They are eating 5, 6, 7, 8 small snacks a day so speed is important. Social is important."

This claim is hard to verify. There is potential that technology will cause a loss in jobs, but we're not seeing it yet.