VERIFY: Can you get drunk off kombucha?

Can the fermented tea beverage really get you drunk? 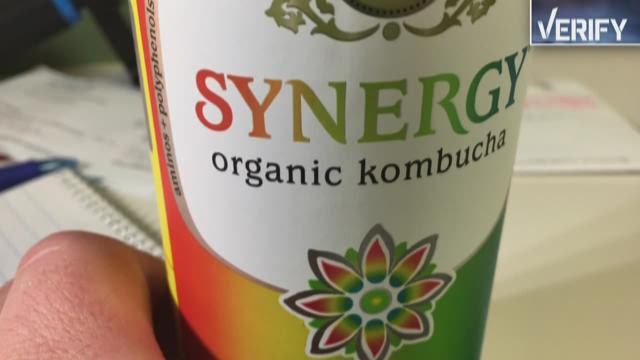 Court records show Floyd's blood alcohol level was tested at .055 while he was being monitored during his release for extreme DUI. Floyd's lawyer claimed Floyd had been drinking kombucha the night he was tested and didn't know the drink contained alcohol.

Kombucha is a fermented tea beverage, and fermentation does create alcohol. But is it enough to cause a blood alcohol reading of .055 and can it really get you drunk?

To be considered a soft drink, kombucha has to contain less than 0.5 percent alcohol by volume.

We tested that theory by drinking an entire 16 ounce bottle of kombucha in 19 minutes and conducted our own test with a breathalyzer we bought that morning. To clarify, the kombucha we bought was not in the alcohol section and we were not carded.

Halfway through the bottle, the breathalyzer registered a .012 blood alcohol content. It continued to register close to that level for the rest of the bottle.

However, the instructions for the breathalyzer say you should wait to test until 15 minutes after your last drink. This allows the alcohol still in your mouth time to dissipate and reduces the chances of a false positive result that can happen when the breathalyzer reads lingering alcohol fumes, causing the test to result in a number that is higher than what's in your blood.

After 15 minutes, and an entire bottle of kombucha, the breathalyzer registered a .00; legally, stone cold sober.

So while it's possible to trigger a slightly elevated reading immediately after drinking kombucha, it would be very difficult, if not impossible, to raise your blood alcohol level to .055.