Verify: Are psychiatric drugs to blame for school shootings?

Incoming NRA president Oliver North said on Fox News that psychiatric drugs are partly to blame for mass school shootings. A psychology expert says there's no evidence to support that. 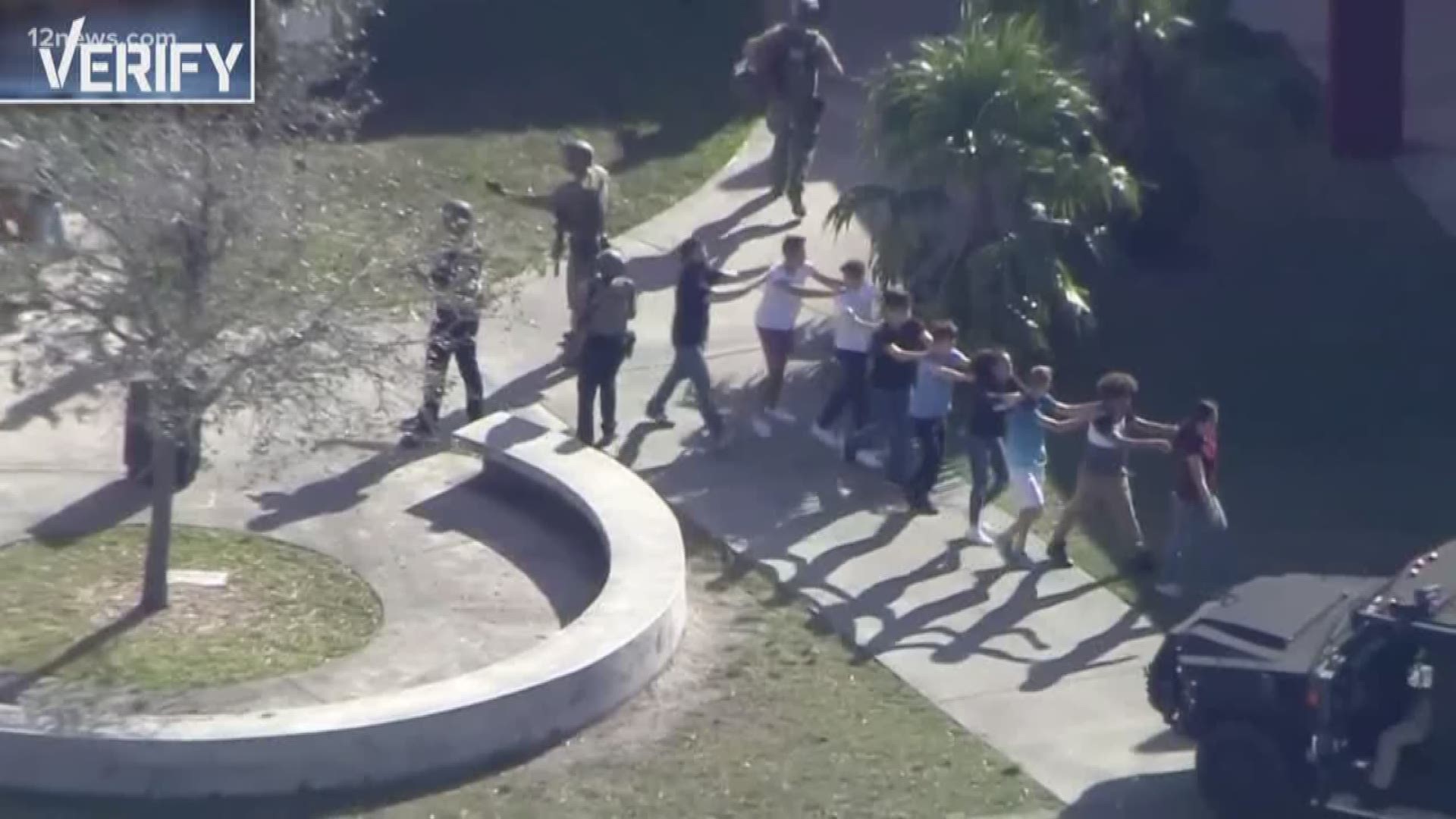 A nationally regarded expert on school shootings says there is no evidence to support the theory that prescription drugs have fueled the actions of school shooters in recent years.

"There is a lot of misinformation out there," said Dr. Peter Langman, who has written two books on the subject, Why Kids Kill: Inside the Minds of School Shooters and School Shooters: Understanding High School, College and Adult Perpetrators. "I have not seen any convincing evidence that any of the attacks could be attributed to psychiatric medications."

Langman has provided his research to Homeland Security, the FBI and many other organizations in recent years.

His comments are in direct contrast to what the incoming president of the National Rifle Association said over the weekend. Oliver North said on Fox News there may be many factors for the epidemic of mass school shootings. But North ruled out guns, and he suggested psychiatric drugs are partly to blame, stating:

“The disease in this case isn’t the second amendment. The disease is youngsters who are steeped in a culture of violence. They’ve been drugged in many cases. Nearly all of these perpetrators are male… If you look at what has happened to the young people, many of these boys have been on Ritalin since they were in kindergarten.”

There is evidence to suggest that psychiatric medications can trigger violent actions towards others. When taken incorrectly, psychotropic drugs can be dangerous. According to a 2011 review by the FDA, 31 psychiatric drugs, including 3 used for ADHD, had a “disproportionate” association with violence. Overall, they represented a small sample of all psychiatric drugs prescribed, the report noted.

Langman addresses several conspiracy theories about specific school shooters, in which blogs allege they were on psychotic medications at the time of shootings. Langman points out, for example, that in the case of The Virginia Tech mass shooting, Seung-Hui Cho had taken Prozac and stopped the regimen seven years prior to the shooting. Some bloggers only noted that Cho had been prescribed Prozac but did not specify the timeframe.

Langman also dispels a myth that Columbine shooter Dylan Klebold’s autopsy was never released and would have revealed drugs in his system.

“Klebold’s autopsy was released in February 2001, over six years before the claim that it had never been released,” Langman writes. “The conclusion of the toxicology tests? ‘No drugs detected.'”

Langman later writes, “Some shooters did use prescription medications. Just because a shooter took a medication at some point in his life, however, doesn’t mean there was any connection between the drug and the attack.”

An updated tally of 51 school shooters in secondary schools or colleges shows that seven of them had evidence of recent or current psychiatric medication use at the time of the shootings.

Regarding those shooters, Langman writes, “These are not cases of ordinary people who underwent radical transformations into crazed killers under the influence of medication. They were people with significantly disturbed functioning — that’s why they were given medication in the first place."

Langman points out that some school shooters previously benefited from antidepressants. For exmaple, Jason Hoffman opened fire at Granite Hills High School near San Diego in 2001. He had a history of depression and his mother commented that antidepressants made him “more open, positive and happy.” But they also made him dizzy and impaired his concentration. He stopped taking the medication six months before the shooting.

In response to questions about North's comments, the NRA provided 12 News a 2010 article detailing the FDA study linking violent tendencies to some medications. The NRA also provided an article in Psychology Today by the author Robert Whitaker that also references the FDA findings. Whitaker concludes:

"In light of this finding, the many past shootings at school campuses and other public venues should perhaps be investigated anew by government officials, with an eye toward ascertaining whether psychotropic use may have, in the manner of an adverse event, triggered that violence."

Langman said there’s a big difference between children referenced in the study who are prone to violent aggression and children who carry out a mass murder.

"As far as I know, unless someone can state otherwise, no one in that study showed anyone carried out a rampage attack," Langman said.