The Phoenix-Mesa-Scottsdale area ranks 5th for the most high-ozone days across the country with an average of almost 35 days a year, according to the American Lung Association. 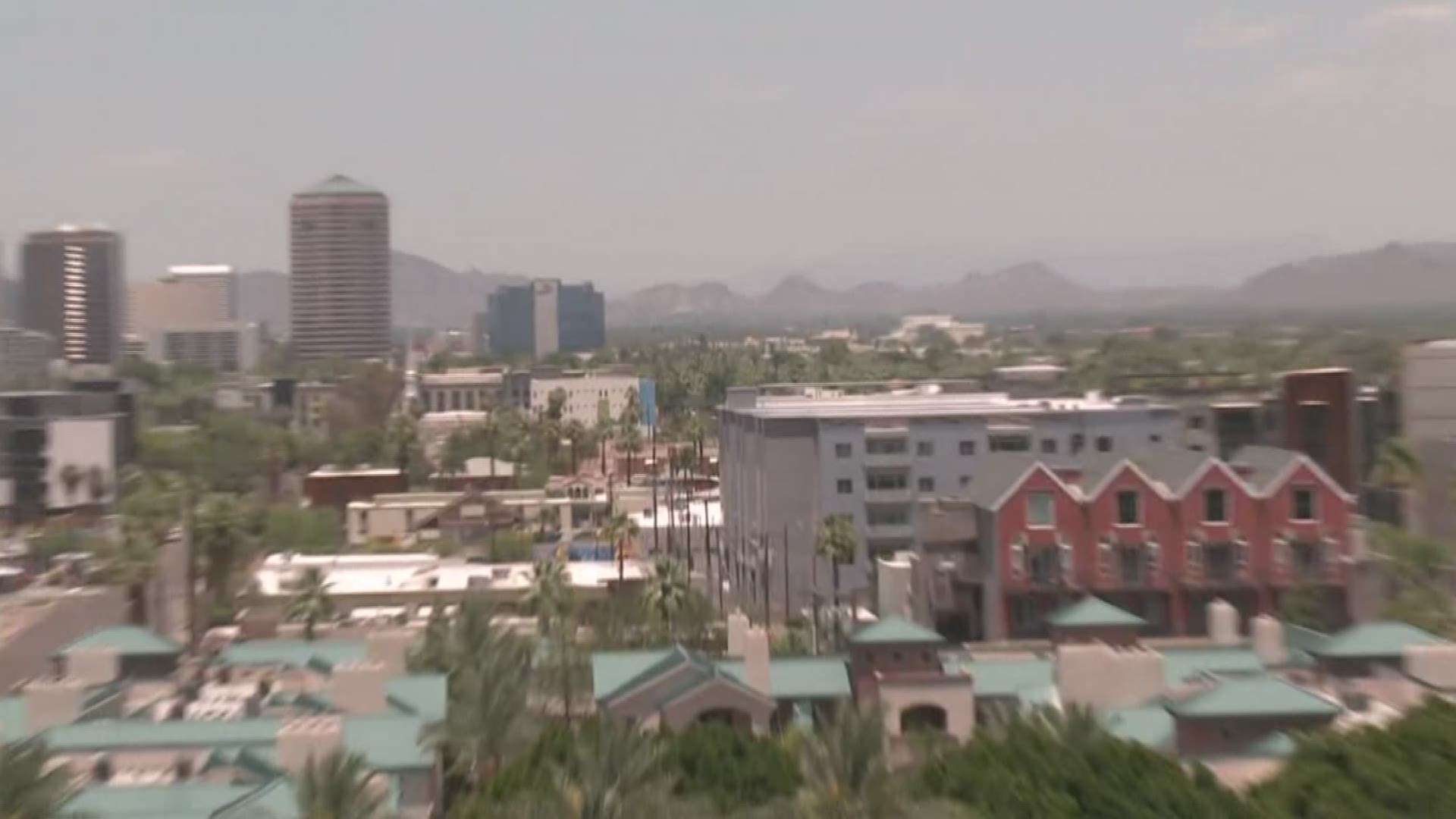 PHOENIX - Ozone is a silent, almost invisible irritant in the air across the Valley, and it could be affecting you.

The Phoenix-Mesa-Scottsdale area ranks fifth for the most high-ozone days across the country with an average of almost 35 days a year, according to the American Lung Association.

So are we one of the most polluted metro areas? There's no doubt about it.

But not so fast. Pollution is measured several ways.

We ranked 24th for what's known as 24-hour particle pollution, which can cause lung cancer and heart attacks.

We have that for an average of seven days per year.

And we ranked even better, coming in at 47th for annual particle pollution.

So who's worse, San Diego or Phoenix? It depends on your point of view, and you can see here, it’s not so black and white.

But we're still no LA.

How do we keep it that way?

"Cars are a huge part of the emissions problem,” said Dan Klocke of the Downtown Phoenix Partnership, a group that works with the city on all things sustainable.

"The more we can create a denser urban environment, we're going to be able to reduce some of these emissions, even as we add more people to the population here,” he said, adding that building a 200 unit-apartment complex leaves a smaller carbon footprint than building 200 single-family homes.

That’s why you see new trees popping up downtown to help absorb smog.

The group wants you to consider taking the bus or light rail when you go downtown, carpool to work or buy or rent a bike.

The Maricopa County Air Quality Department has a Clean Air Make More smartphone app which provides updates on air quality in the county.