How frequent is violent crime on Phoenix public transit? 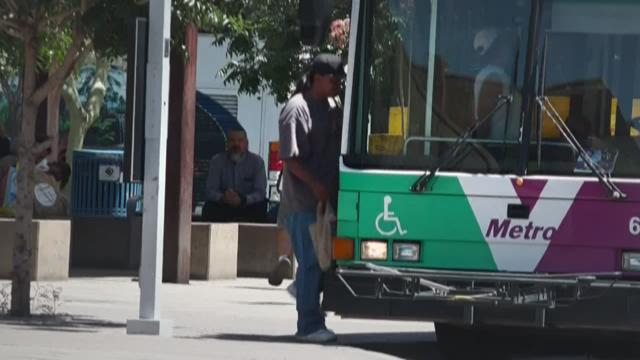 PHOENIX - The suspect in a stabbing on a Valley Metro bus has been charged with first-degree murder.

Edgar Dominguez is accused of stabbing a man who was waiting for the bus near Central Avenue and Van Buren Street , then boarding the bus and stabbing a 49-year-old man to death.

Court documents show Dominguez repeatedly stabbed the victim while he was on the ground.

The victim was pronounced dead on the bus.

It seems like everybody has a story about  riding a bus or light rail train in Phoenix and the interesting characters you run across. It can feel like a dangerous situation.

But is it actually dangerous to ride public transit in Phoenix?

According to Valley Metro and Phoenix police, incidents like Monday's stabbing are very rare.

According to Valley Metro, crimes like assaults and robberies on buses are also relatively rare. In the last nine months, Valley Metro said there have been less than 20 such incidents per quarter.