For the Guillen family, it’s been a long year. They often think back to what their sister's life was like before she became the face of a nationwide movement. 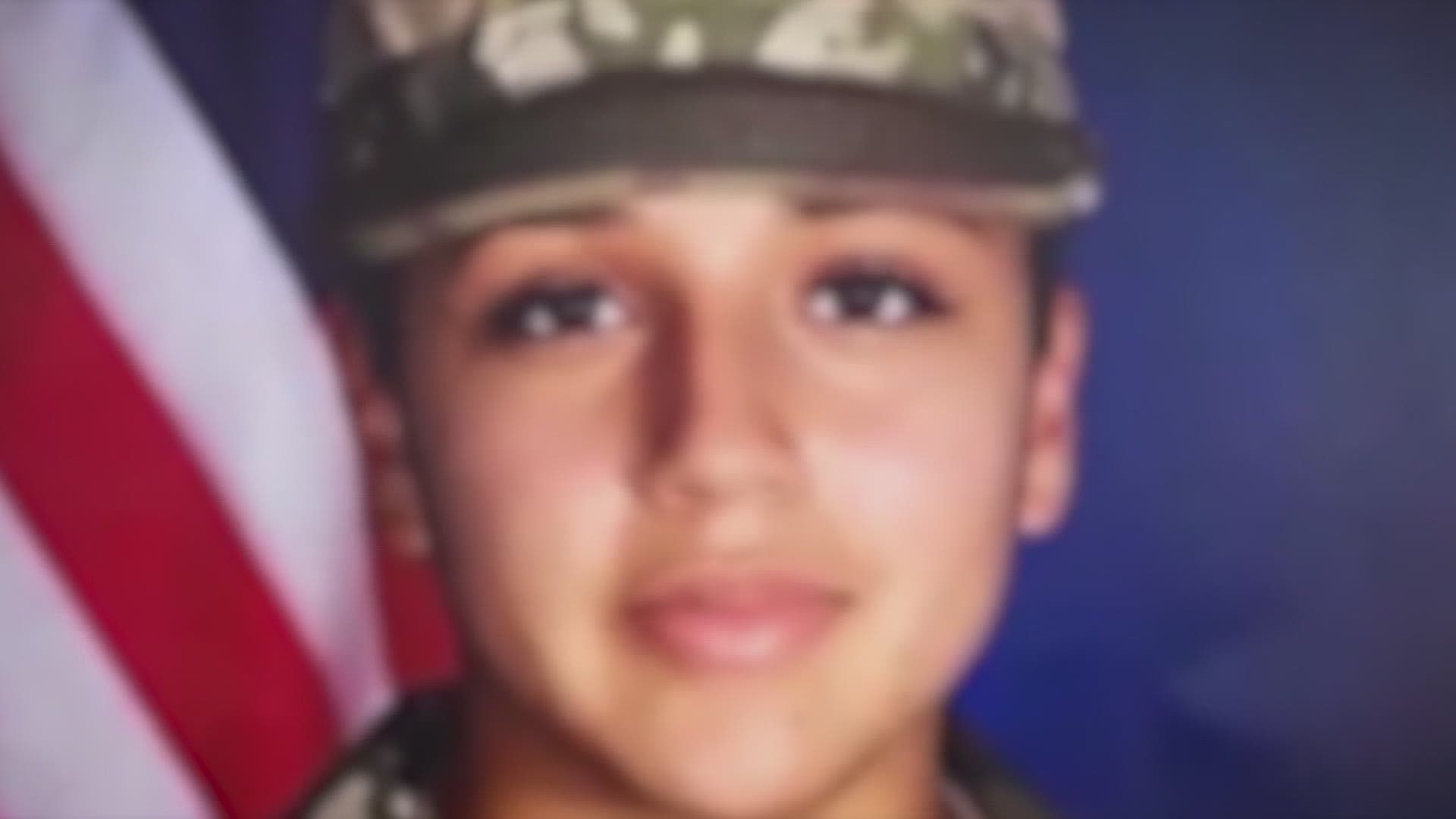 FORT HOOD, Texas — It's been one year since Vanessa Guillen, a 20-year-old soldier from Houston was murdered at Fort Hood. With no trial date set for the only person charged in connection to her case, the Guillen family still has many unanswered questions.

“It’s every day that we actually think about it," said Mayra Guillen, Vanessa's older sister, who sat down with KHOU11 for an interview last month ahead of the one-year anniversary.

For the Guillen family, it’s been a long year. They often think back to what their sister's life was like before all this happened.

“The latest accomplishment she had, she started college, even though it was online because of COVID. She was really excited to have started already," Mayra said.

She tells KHOU11 how she first found out her sister was missing.

“It goes back to her, her boyfriend. They would usually text first thing in the morning. He kind of noticed that something was off at about 11 a.m., that's when he reached out to me and said, 'Have you talked to Vanessa at all today?' " remembers Mayra.

That was April 22, 2020. However, it wasn’t until two months later, on Mayra’s birthday, June 30th, when she got word, her sister had been found.

RELATED: Timeline: What happened to Vanessa Guillen? A timeline of events

RELATED: How Vanessa Guillen's disappearance, death has impacted many across the U.S.

“As soon as I pulled into the hotel, I start getting all these calls and. I try to ignore them like the non-important ones, and I see that Tim is calling me and I'm like, something happened," she said.

“I remember, I'm choked up now," said Tim Miller, founder of Texas EquuSearch, fighting back tears. “I said, well, probably not my job to call you, but I don't want to see I don't want you to hear something on the news that something's been found, I said right where they searched, and they found some human remains.”

Miller took this picture, 20 miles east of Fort Hood, where Vanessa Guillen’s remains were found burned. Immediately after, he remembers asking investigators about the suspect, a fellow soldier Aaron Robinson.

“I said, were you guys keeping an eye on him? He said he’s on the base. He can't go anywhere. He can't move without us seeing him," Miller said, recalling the conversation with Army investigators.

However, Robinson left Fort Hood after the news broke and when law enforcement caught up with him, Robinson took his own life that same night.

KHOU11 asked Miller if he thinks a motive for Guillen's murder will ever be released.

"I don't think we will ever, ever, ever know the truth why this happened," said Miller. "I certainly second guess the sexual harassment and being involved with the investigation like I was, I've got a reason to second guess it, but I’m not going to put that out there," he said.

The Army is also adamant, there's no evidence of a sexual relationship between Guillen and her killer.

“I strongly believe so, even though they say that there's no necessary evidence, I'm like, how do you expect for there to be evidence if everything is gone? You know, her phone, everything.”

There is another person who may know, Cecily Aguilar. She's Robinson’s girlfriend, who was arrested and charged for helping him get rid of Guillen's body. Aguilar has remained behind bars since the murder and recently filed a motion to have her confession thrown out, saying she wasn’t read her rights before the interview started.

Mayra says she still plans to be there if there is eventually a trial.

For now, the family stays focused on fighting for the I Am Vanessa Guillen bill in Congress. It would change the way sexual harassment is reported and prosecuted in the military. The bill was introduced last fall and was referred to the House Armed Services Committee. It would need a vote from the committee before it could move to the full House floor.

“We learned all these things from losing one of our family members and it's sad, but I feel like it's our responsibility now since it's gotten so high up that we now have to complete the task," said Mayra.

KHOU11 requested an interview with Fort Hood's top commander, Lt. Gen. Pat White, but he declined. Instead, he spoke briefly at a memorial celebration at Fort Hood, where a gate was dedicated in Guillen's honor.

"You can come learn a just a little bit about Vanessa, but mostly it's so in 2, 3, 4 years, we haven't forgotten what this is all about, what this moment is about in our history," said White.

He did not speak specifically about what has been done at Fort Hood since Guillen's murder. However, late last week the Army announced changes in response to the independent review committee's December report. It said the Criminal Investigation Division and the S.H.A.R.P. program, aimed at preventing sexual assault and harassment, both are being overhauled.

"We have seen progress, but not the progress we are looking for," said Lupe Guillen, Vanessa's younger sister. She spoke at the Fort Hood memorial ceremony, summing up how the family feels one year after the murder.

RELATED: 'They should have cared when she was alive,' | Sisters say Vanessa Guillen gate a symbol of change needed on Fort Hood