Secretary Ryan McCarthy said the number one priority in the Army should be people not readiness. 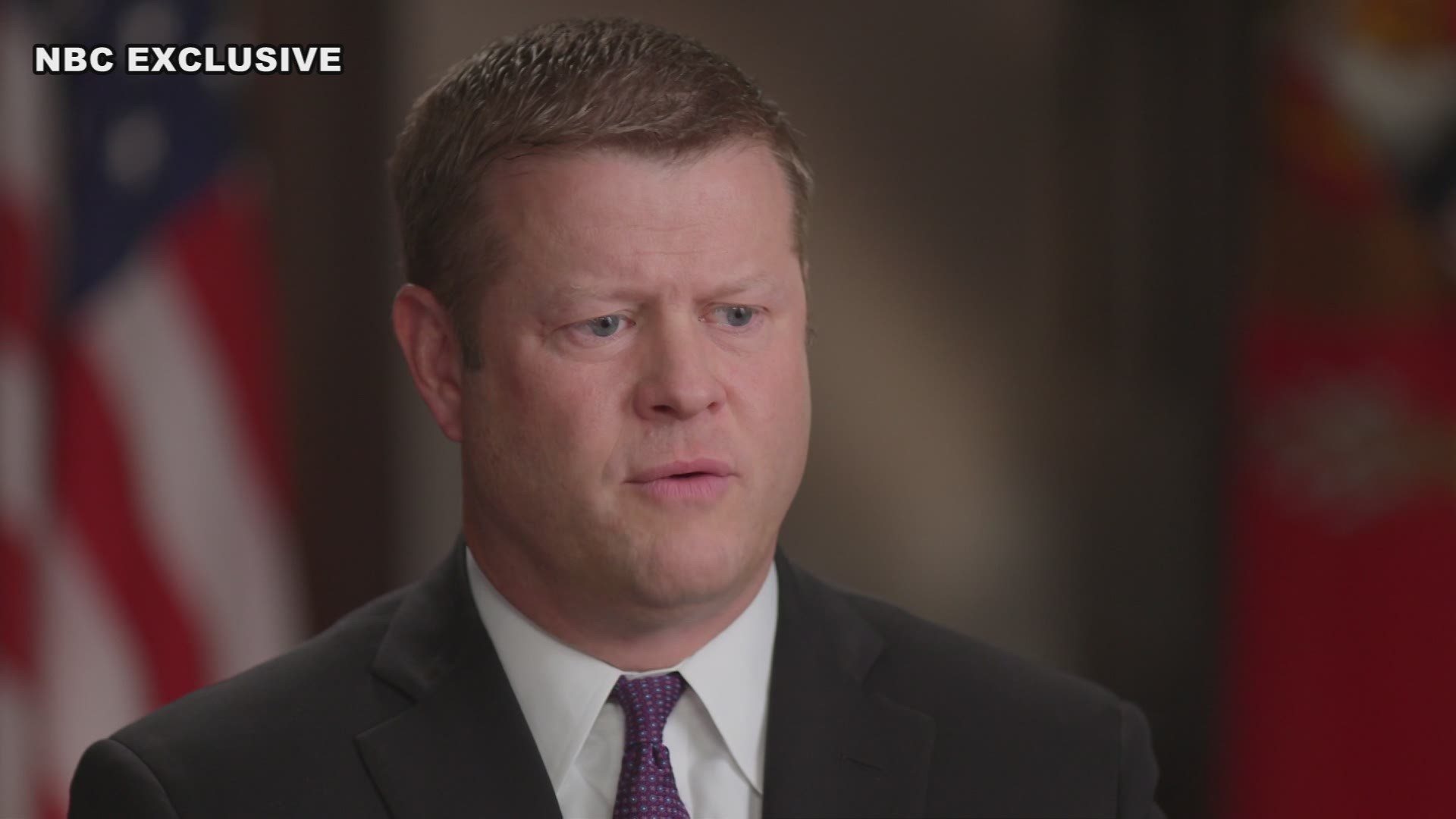 WASHINGTON, D.C., USA — On the same day, the commanding general of the Army announced the appointment of Gen. John Murray to lead an investigation into what led up to the death of Vanessa Guillen, Secretary of the Army Ryan McCarthy spoke about the changes that need to happen throughout the Army.

Guillen was killed on post April 22. A Fort Hood criminal complaint said she was killed by Aaron Robinson in an armory room then, with the help of Cecily Aguilar, he dismembered her body and buried the remains near the Leon River in Bell County.

In an exclusive interview with NBC's Dateline, McCarthy said soldiers need to be able to trust each other.

"How do we know all of our teammates? In our business trust is our profession and when you have one teammate it's that, how do you look at this situation," McCarthy said. "What more could we have done? Should we know our teammates better? It's you know, devastating when you have the loss of a teammate. What makes it even worse is when it's one soldier killing another soldier. We're incredibly disappointed and saddened by this event."

McCarthy said the Army needs to make its people a priority not readiness.

"We have to make sure people are being take care of," McCarthy said. "We understand their challenges. We understand their ambitions, so they reach their potential. So, we can stem the tide of things like sexual harassment, assault and suicide and racial tension because that's tearing us apart and that's a huge challenge we face in the country."

Maj. Gen. Scott Efflandt will continue to serve as the deputy commanding general for support and will remain at Fort Hood to assist with the reintegration of III Corps as they return from their mission supporting Operation Inherent Resolve.

Efflandt was supposed to be transferred to Fort Bliss in El Paso to lead the 1st Armored Division. The Army delayed that move on Aug. 8. A new commander will be named for Fort Bliss in the coming days, the Army said.