Years after being mauled by a pit bull, Gilbert boy still dealing with the trauma

Kevin Vicente's story received international attention after the pit bull that attacked him was placed under government custody instead of being put down. 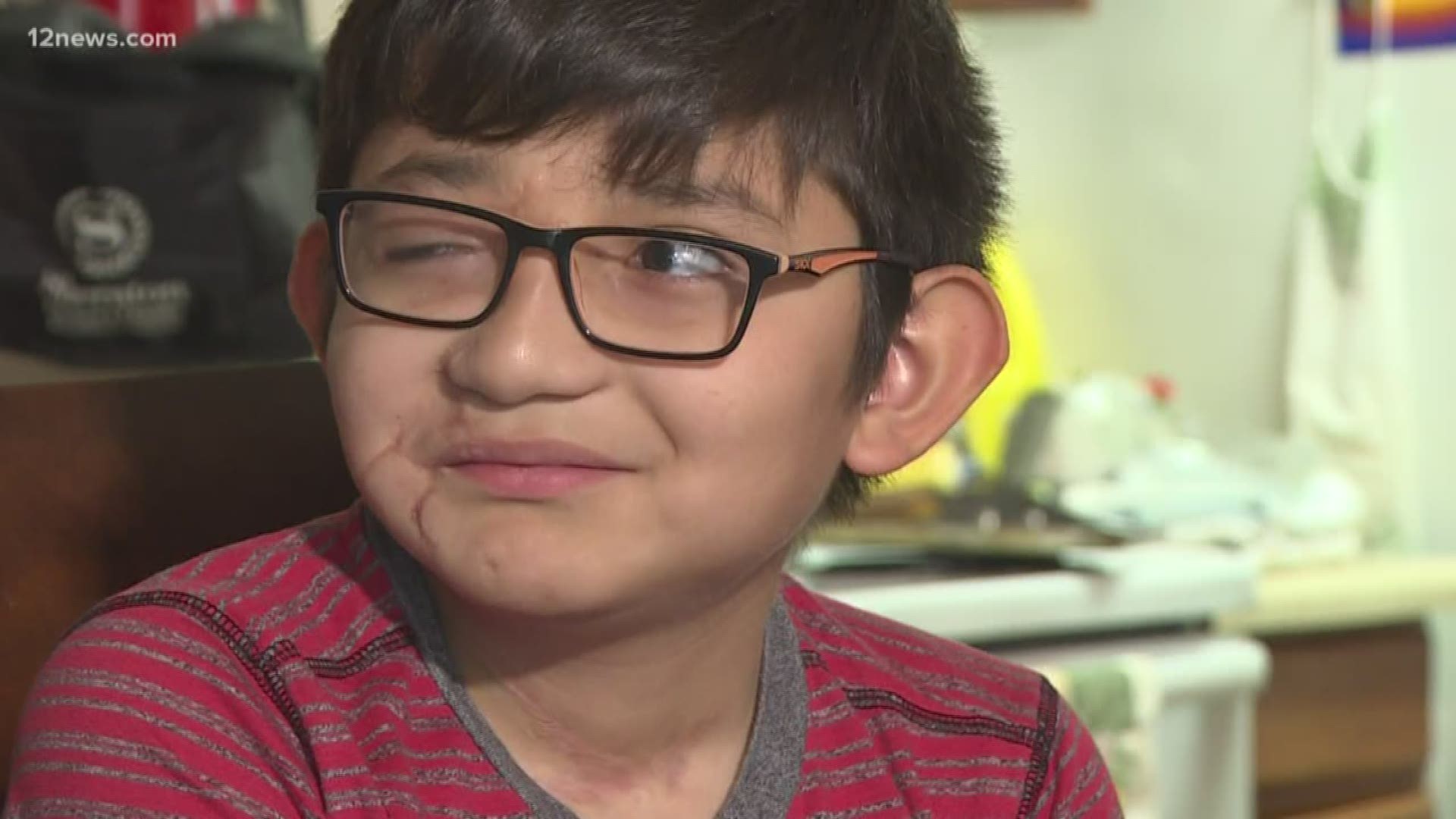 GILBERT, Ariz. — Back in 2014, a Gilbert boy, then 4 years old, was attacked by a large white pit bull named Mickey.

The story received international attention after the courts decided not to put the dog down, but instead placed him under government custody for the rest of his life.

Kevin Vicente is now 10 years old, and he is on a journey only he understands.

Those around him – his therapists, the students in his class, his teachers – don't really know what it's like to carry his physical and emotional scars.

But one thing is certain. His mother, Flor Vicente, hasn't let him take this journey alone.

“For a child, it's not easy, everything he's been through," she said.

RELATED: Mickey the pit bull freed from life sentence due to skin cancer

It was in February of 2014, Kevin was in the care of a babysitter when he was mauled by a dog that was chained up in a yard.

A Phoenix court judge ruled the dog be defanged and neutered but not put to sleep. Instead, the dog was sent to an undisclosed facility to live out its life.

Some animal activists applauded the decision. Others, including the dog's owner and Flor, wanted the dog euthanized.

Nearly six years later, Kevin receives ongoing emotional and speech therapy to deal with the trauma of that day and all of its consequences.

Flor said Kevin has been bullied at school because of the scars he carries from that day. Kevin is nearly blind in his right eye.

“What's most difficult for him is he feels bad with himself, he has a hard time feeling confident and focusing."

Flor said it's her son's negative self-talk that is most heartbreaking for her.

As Kevin pushes forward, he relies on Flor, a single mother and immigrant with no relatives in Arizona to lean on.

Flor said she’s forever grateful for the community support she has received, including money that was raised to help pay her son’s medical expenses.

As for the dog, Mickey, he is still alive today.

But Flor said she doesn’t think about the dog. What only matters is her son’s well-being.

RELATED: Experts weigh in on what makes a dog dangerous