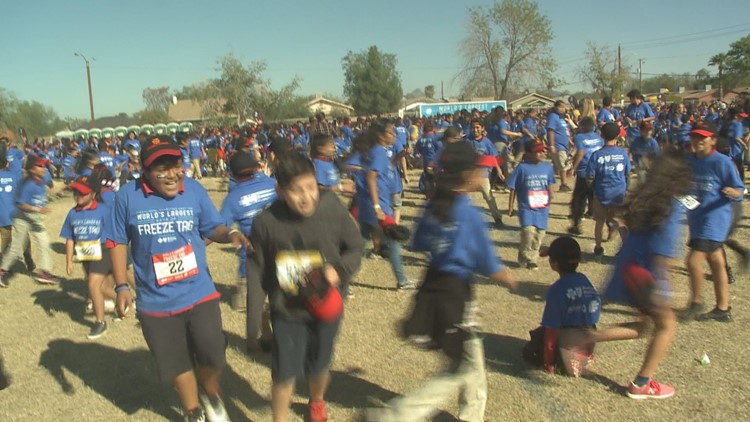 Tag, you're it! More than 2,100 Phoenix kids gather for world's largest game of freeze tag

PHOENIX — Children from around Phoenix came together for a game worthy of the record books -- literally.

The record? The world’s largest game of freeze tag.

The previous record freeze tag game had 1,393 players in Antwerp, Belgium in 2018.

Deanna Salazar, chief administrative officer for Blue Cross Blue Shield of Arizona, said no matter who ended up victorious in the game, it’s a win for everybody.

“How many people can say that they hold a Guinness Book of World Records record? And to be part of something where they can hold that book up and say, ‘That’s me,’ that’s exciting,” Salazar said.

The "Day of Play" not only encouraged the kids to strive toward their goals, but it also promoted a healthy, active lifestyle.