According to paperwork, a witness with two small kids of her own jumped in to help, and the suspect then turned and tried to take the witness' children. 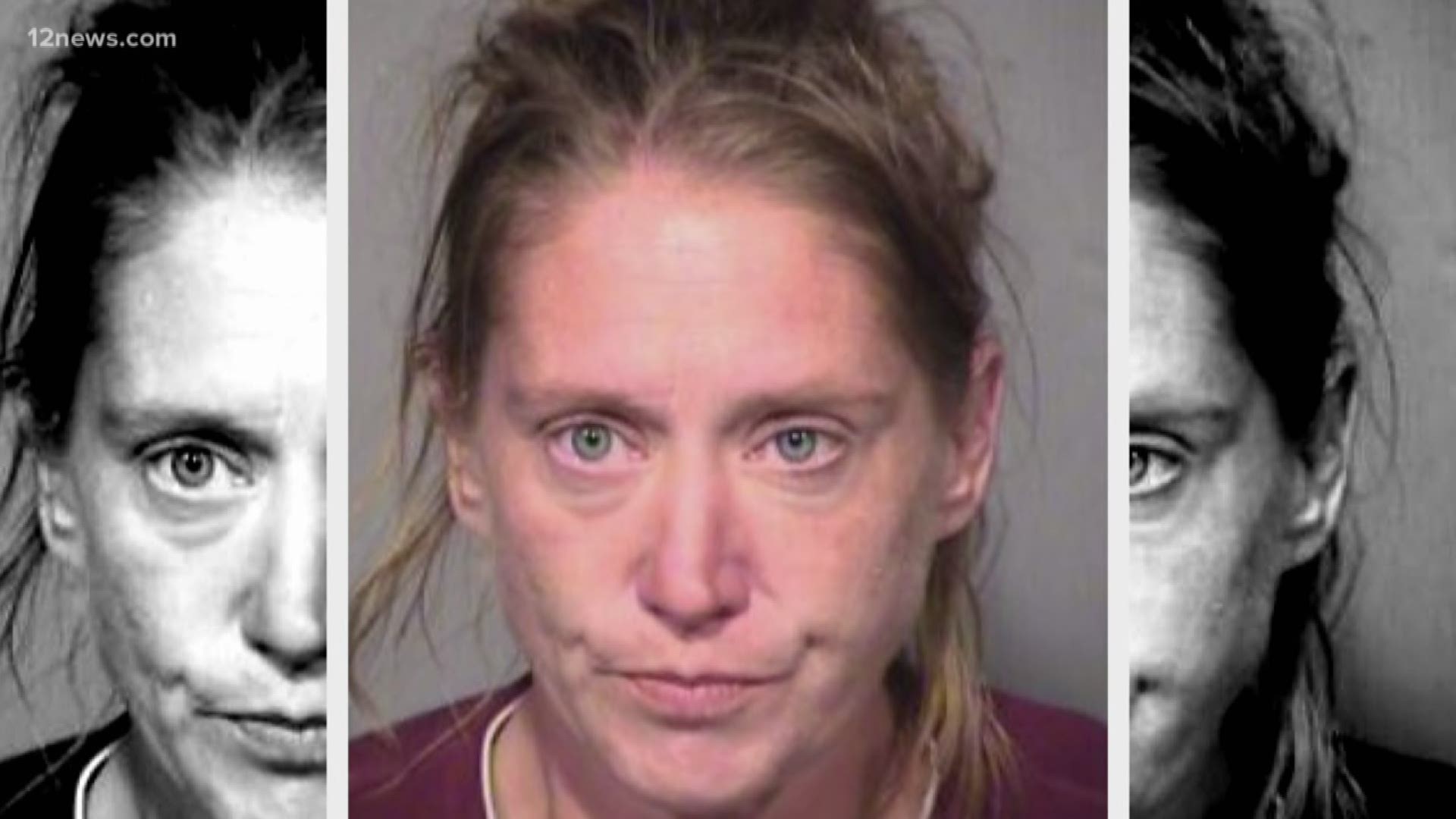 PHOENIX — A mother got the scare of her life when police say another woman tried to steal her baby right out from her arms in broad daylight.

According to court documents, the mother was outside Capitol Elementary School on January 7 around 8:30 in the morning.

That's when the mother told police a woman with blond hair wearing a blanket, later identified as Desiree Ortiz, walked up to her on the sidewalk and started "to grab" at her 6-month-old.

As the mom held her baby tight, according to paperwork, another woman with small children of her own saw the struggle and jumped in.

The witness was able to separate Ortiz from the victim's baby, but that's when police say she ran towards the witness' children and "began to grab" at them.

Luckily, police say the witness was able to scare Ortiz off.

Phoenix police later found Ortiz down the road and arrested her. Ortiz is facing drug paraphernalia and kidnapping charges.

In a statement, a Phoenix Elementary School District spokesperson says the school district is "aware of and concerned" about increased homelessness around the school.

"We believe this arrest to be associated with increased homelessness as the woman arrested was conversing among the homeless that morning. Unfortunately, this is an ongoing issue, and we will continue to communicate with our community regarding campus safety."

The school district said they have been awarded a Safety Resource Officer and are also looking into hiring private security to ensure student safety.

Here is the full statement:

"We are aware of and concerned about increased homelessness at the school, and our principal is in contact with the police department almost daily.

The school also communicates with our community about safety and the concerns that arise due to increased numbers of homeless people on the street near the campus. Both the principal and the police work hard to keep the people off the sidewalks adjacent to and surrounding the school.

We believe this arrest to be associated with increased homelessness as the woman arrested was conversing among the homeless that morning.  Unfortunately, this is an ongoing issue, and we will continue to communicate with our community regarding campus safety.

We have been awarded a Safety Resource Officer (SRO), and are anxiously awaiting the details from Arizona Department of Education to find out when the officer will be in place. The district is also researching hiring private security to ensure the safety of our students, families and staff."

• These defense moves could save your child's life