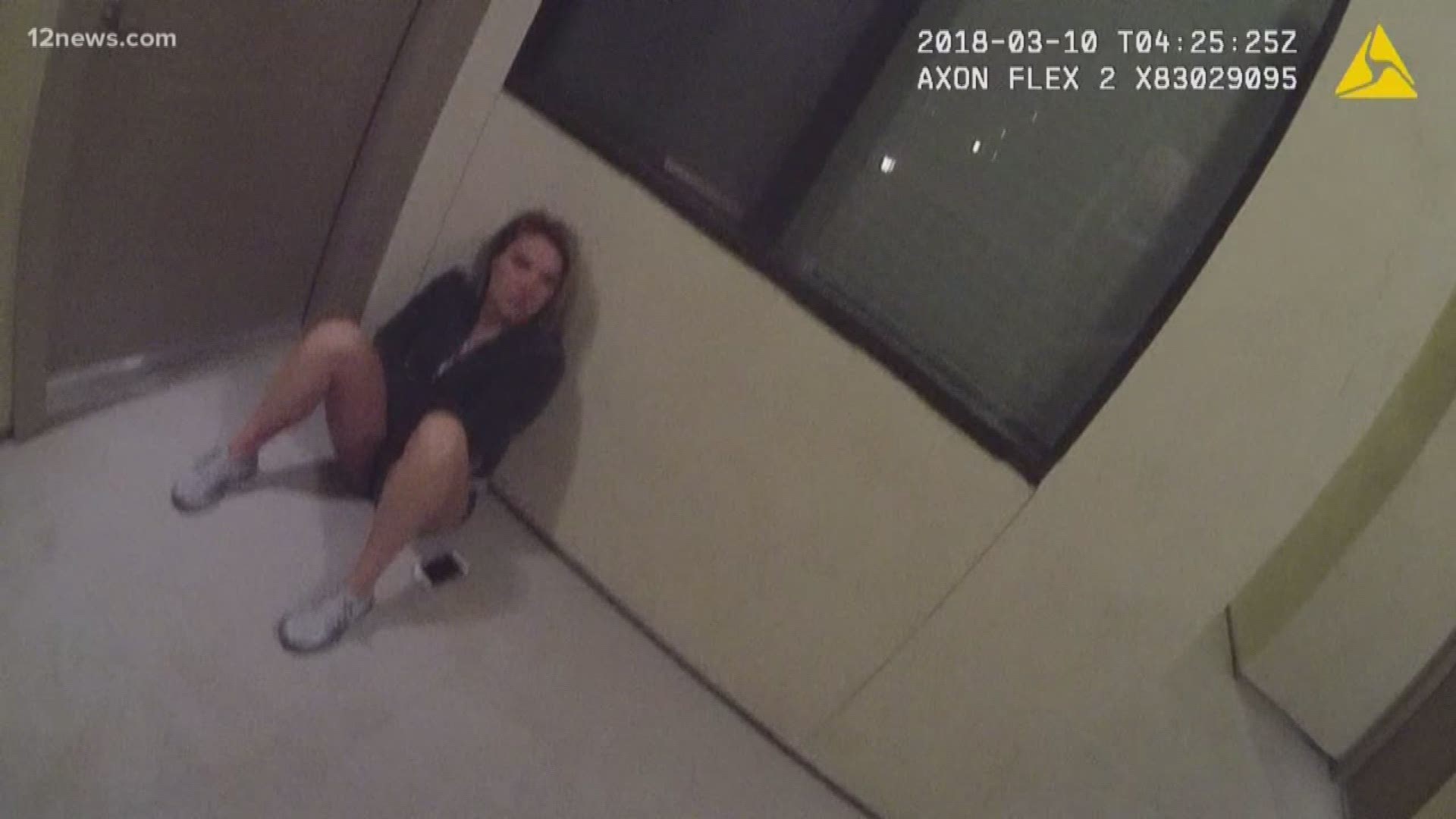 PHOENIX — A woman is suing Gilbert police in federal court after her head was slammed face-first into a cement floor during an arrest, leaving her with a severe concussion and possible brain injuries, according to her attorney.

Samantha Glass' lawsuit against Officer Christopher Robinson alleges he violated her constitutional rights by using excessive force to arrest her.

The brief confrontation occurred in March of last year after Glass, who is 36, went to her ex-husband's home in Gilbert so he could fix her flat tire.

According to police reports, he told police they had an argument and he left with their daughter.

Neighbors told police they saw Glass climb over a fence into the apartment complex and try to break into her ex-husband's pickup truck.

Their five-minute confrontation began with a friendly greeting from Robinson. He then stepped up his questions to why she tried to burglarize the pickup.

Glass said she didn't know what he was talking about and gradually grew more irate.

Finally, Robinson warned Glass that he was about to arrest her, she fought back and shouted obscenities, and he put her hands behind her back and slammed her to the cement landing face first.

RELATED: 'He's back on the job, carrying a gun': Mesa officer still in uniform as he's investigated for assault, stalking

Robinson later told responding officers Glass was "very 390" - police code for intoxicated. Glass would tell a hospital nurse she had consumed "three shots and one beer."

She was ultimately convicted of DUI and served 24 hours in jail.

Police found no evidence that the pickup was burglarized.