Phoenix PD said witness statements indicate two vehicles were street racing when one crashed into a Jeep making a left turn. The driver of the Jeep was killed. 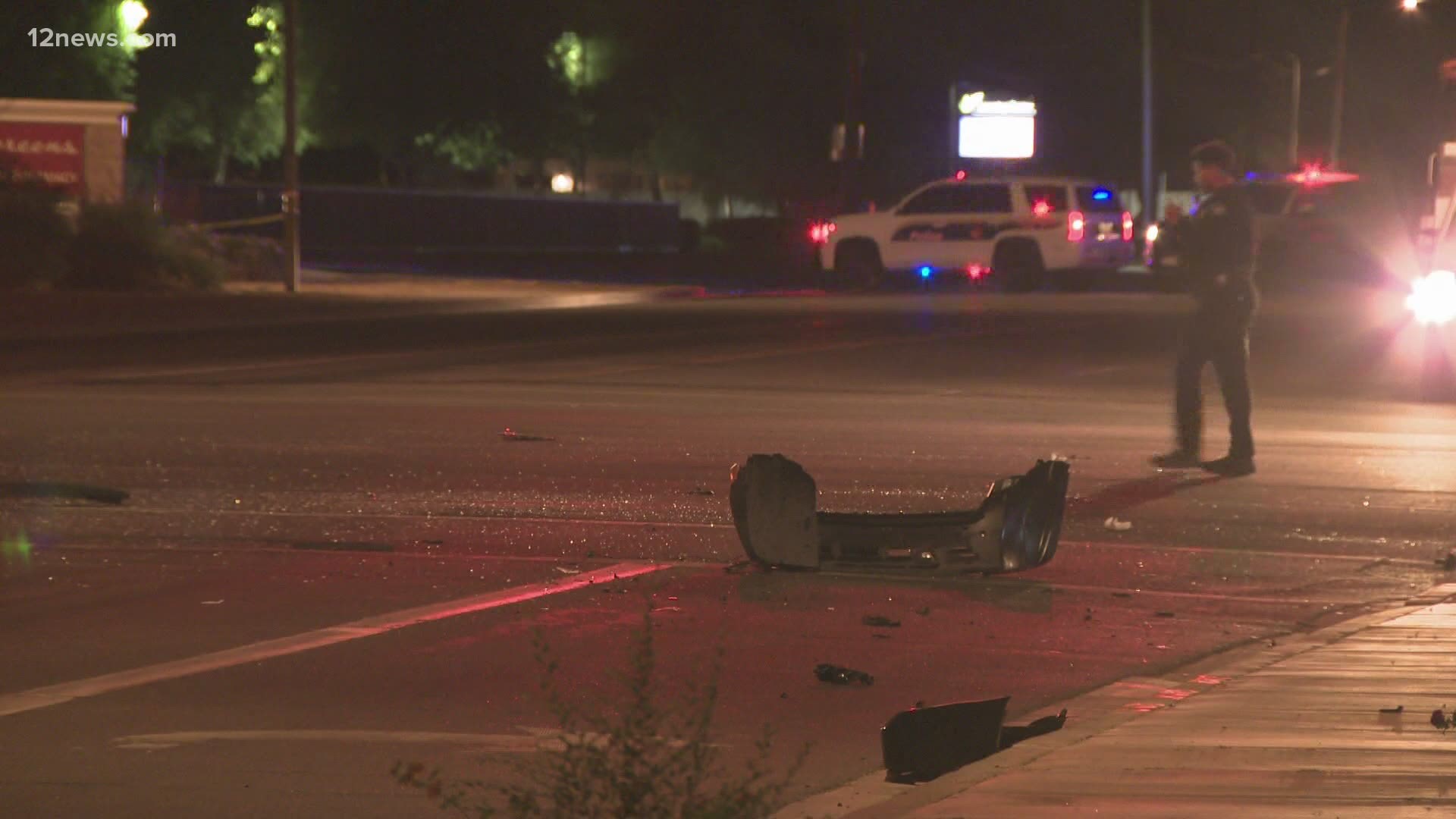 PHOENIX — A woman was killed Sunday night in a crash on Indian School Road in what was likely a street racing related incident, the Phoenix Police Department said.

According to police, witness statements indicate that a black Chevrolet Camaro and an Infiniti Q50 were traveling side-by-side at a high rate of speed on Indian School near 91st Avenue when the Infiniti crashed into a Jeep Patriot making a left turn.

The driver of the Jeep, identified as 28-year-old Charissa Coleman, died at the hospital after the crash, police said.

The 34-year-old man who was driving the Infiniti was hospitalized with non-life-threatening injuries and will be booked into jail for manslaughter upon his discharge, per Phoenix PD.

The suspect has been identified as Andrew Friedlander.

The black Camaro involved in the alleged street racing fled the scene and police ask anyone with information on driver of the black Camaro to call Silent Witness at (480) WITNESS or (480) TESTIGO.