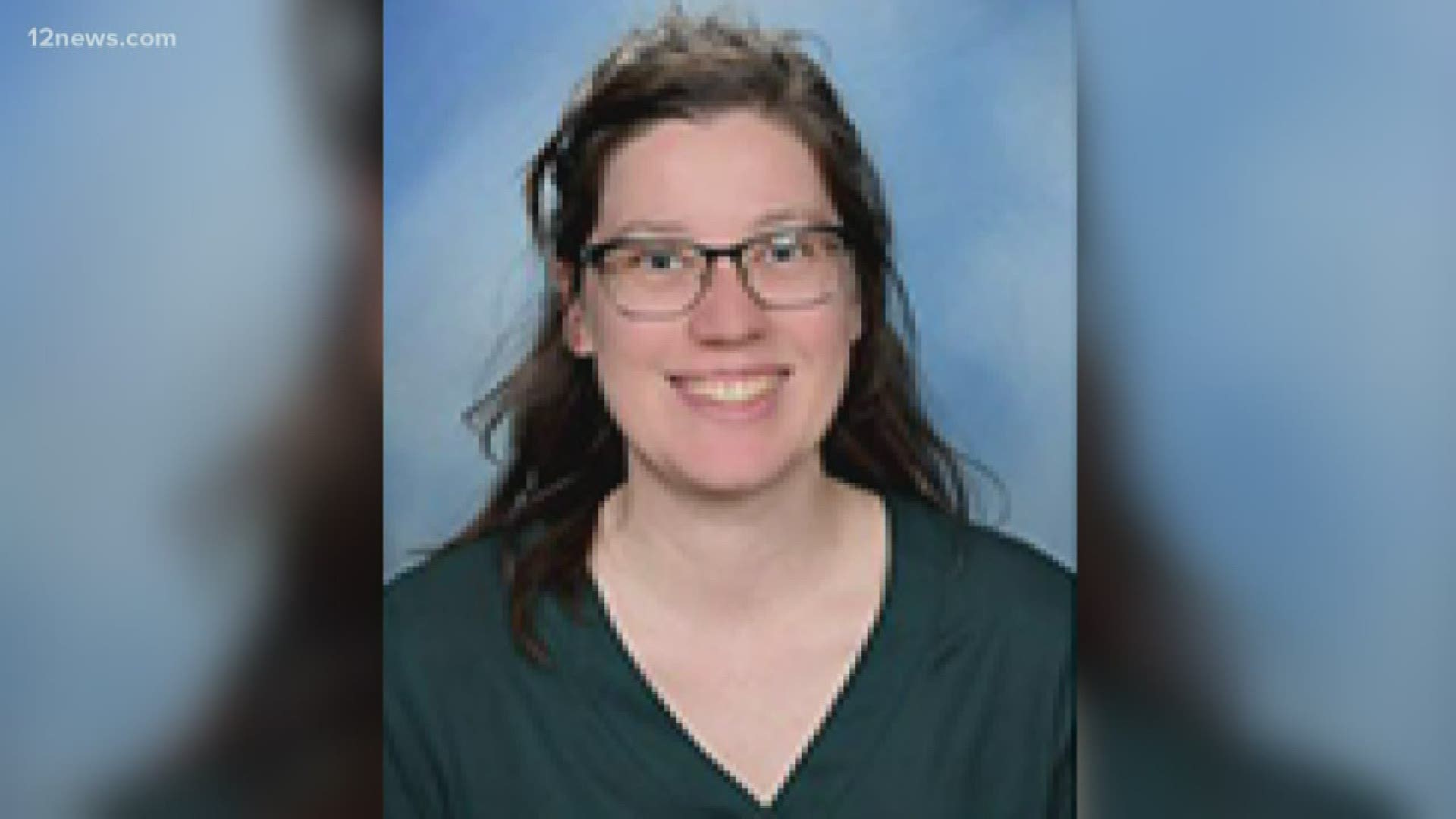 A woman is dead and a man is in critical condition after a two-vehicle head-on car crash in Phoenix on Saturday.

The woman was pronounced dead at a local hospital after the crash occurred near 32nd and Grand avenues, the Phoenix Police Department said.

She was identified by police on Sunday as 25-year-old Heather Began.

Began was a first-grade teacher at Estrella Vista STEM Academy in Avondale, the Littleton Elementary School District said on Facebook.

"The district extends our condolences to all who knew her both in and out of the Littleton Community. We will share service information as it becomes available."

The school is on fall break, but staff members told 12 News that they will plan a celebration of life ceremony after the break, in honor of Began.

12 News contacted some of Began's family members, who did not wish to comment on their loss.

The man, who was 29 years old but not identified by police on Sunday, was taken to a local hospital for definitive care.

The cars came to rest on the railroad berm to the south.

Capt. Kenny Overton with the Phoenix Fire Department said Saturday that Began needed to be extricated from her vehicle with heavy rescue equipment.

Impairment and speed are suspected to be factors in the crash, police said.