The crash occurred in the northbound lanes of the Loop 101 near Cardinals Way, near State Farm Stadium. 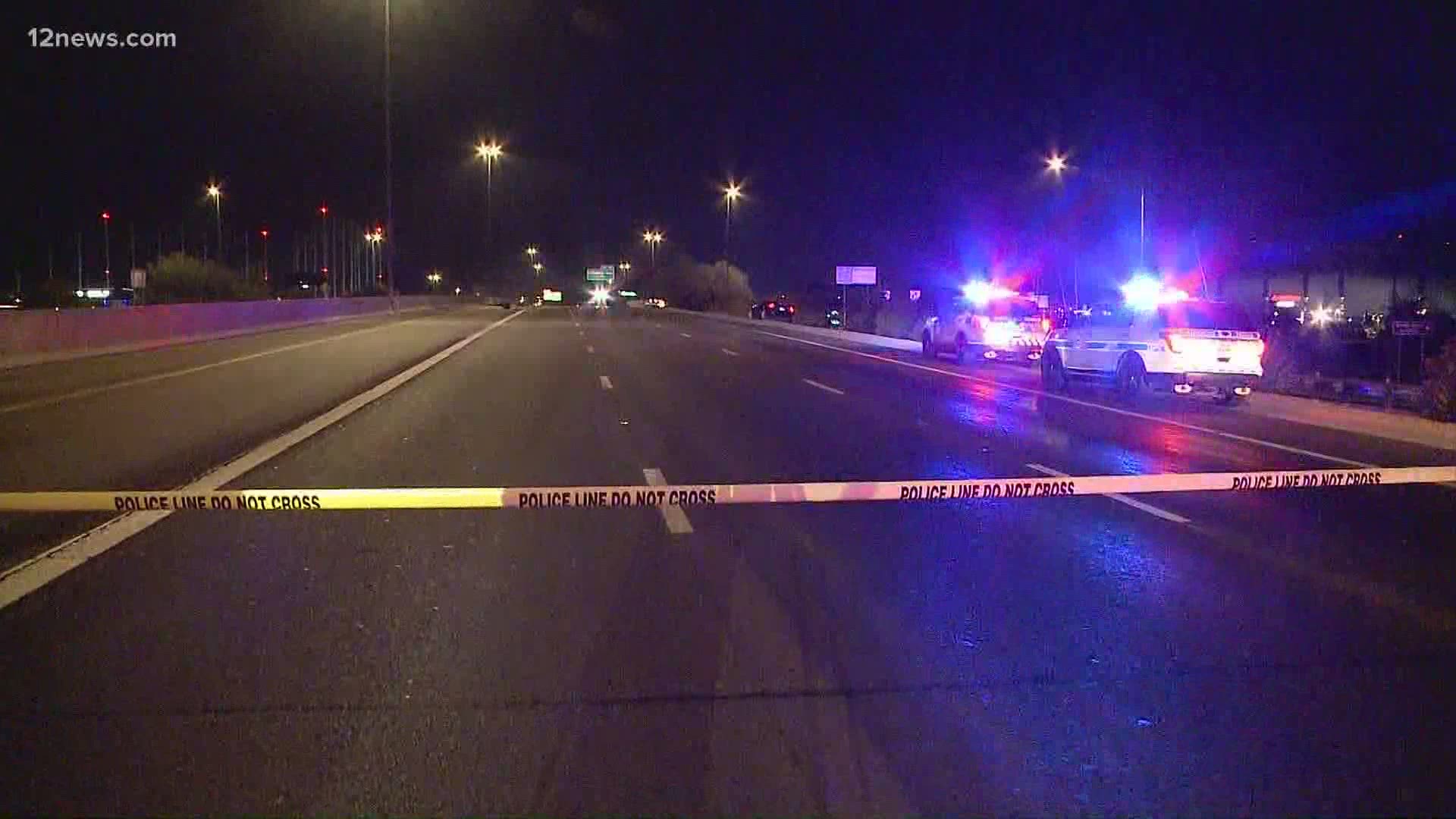 PHOENIX — A woman is dead after a wrong-way crash on the Loop 101 in the West Valley early Monday.

The Arizona Department of Public Safety said the crash occurred in the northbound lanes of the Loop 101 near Cardinals Way, near State Farm Stadium.

A car with two women inside was driving southbound in the northbound HOV lane.

Both women were taken to a nearby hospital.

The driver of the other car suffered minor injuries.

No one involved in the crash was immediately identified.

Investigators believe the wrong-way driver was impaired at the time of the crash.

The freeway was closed, but reopened just before 6 a.m.