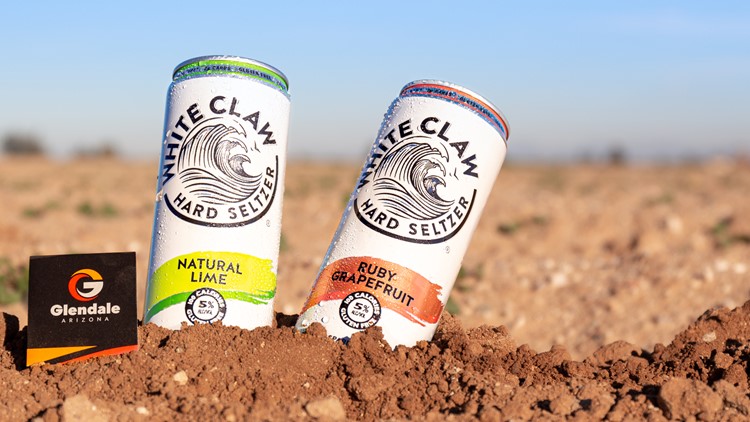 Photo by: City of Glendale

GLENDALE, Ariz. — We all remember the White Claw shortage scare of 2019.

America was running out of the popular hard seltzer that apparently meant there were "no laws" when you were consuming it.

The City of Glendale is helping make sure White Claw drinkers won't have to fear a shortage ever again.

The City announced Wednesday Mark Anthony Brewing has chosen Glendale as the location of its newest brewing facility.

The 916,000 square foot state-of-the-art facility will be built in Glendale's "New Frontier" at the Loop 303, according to a statement from the city.

The new brewery will have to be constructed fast to keep up with the growing demand for White Claw. Mark Anthony Brewing expects the $250 million facility will be up and running in June 2020.

More than 200 full-time jobs will be created plus an unspecified number of construction jobs.

“We’re thrilled that Mark Anthony Brewing has chosen Arizona for their western manufacturing center that will create hundreds of new jobs in the West Valley,” said Governor Doug Ducey. “We are committed to keeping Arizona the best place in the nation to start and scale a business.”

The City of Glendale partnered with the Arizona Commerce Authority to land the hard seltzer giant.

Construction is expected to begin soon.