Where are Arizona's nuclear bomb shelters?

Maricopa County used to have fallout shelters. Now it doesn't. 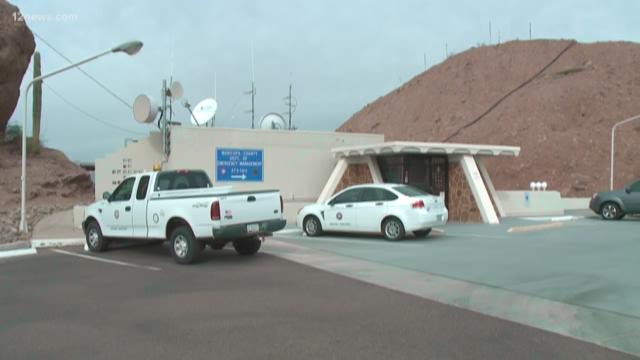 PHOENIX – Maricopa County had a handful of fallout shelters in the past, mostly built in the 1950s, but they’ve since been repurposed into office and storage spaces, according to Maricopa County Emergency Management.

In fact, the building the agency used is one of those former bomb shelters, tucked in between rock structures you may pass all the time along McDowell Road—between 52nd and 68th streets—without realizing.

It’s a cool piece of history which still houses some of the shelter's historic artifacts, including a sanitation kit that serves as a toilet, a blast door—even two hallways that have exposed sections of rock from the mountain it sits inside of.

But it means in the event of a nuclear attack, options for Arizonans to take cover are limited.

The Trump administration threatened new sanctions on North Korea on Wednesday after the Kim Jong Un’s military leaders conducted a powerful missile test that some believe could reach the mainland United States, including Washington D.C.

Planning for what you should do after a nuclear attack, if one were to happen near you, should start now, said Mike Winters, the emergency services planner with Maricopa County Emergency Management.

“We really never had a fallout shelter program in our country,” Winters said, citing the country of Switzerland, which is known for many things, including having enough nuclear fallout shelter space for its entire population.

“[Arizona fallout shelters] were taken out because everyone wants more office space,” he said.

So, he wants you to have a kit ready to go now, before it’s too late.

The following is a list of items you may need, according to the American Red Cross:

Consider the needs of all family members and add supplies to your kit.