The encounter stemmed from a shoplifting allegation in May and has led to a $10 million notice of claim made against the city. 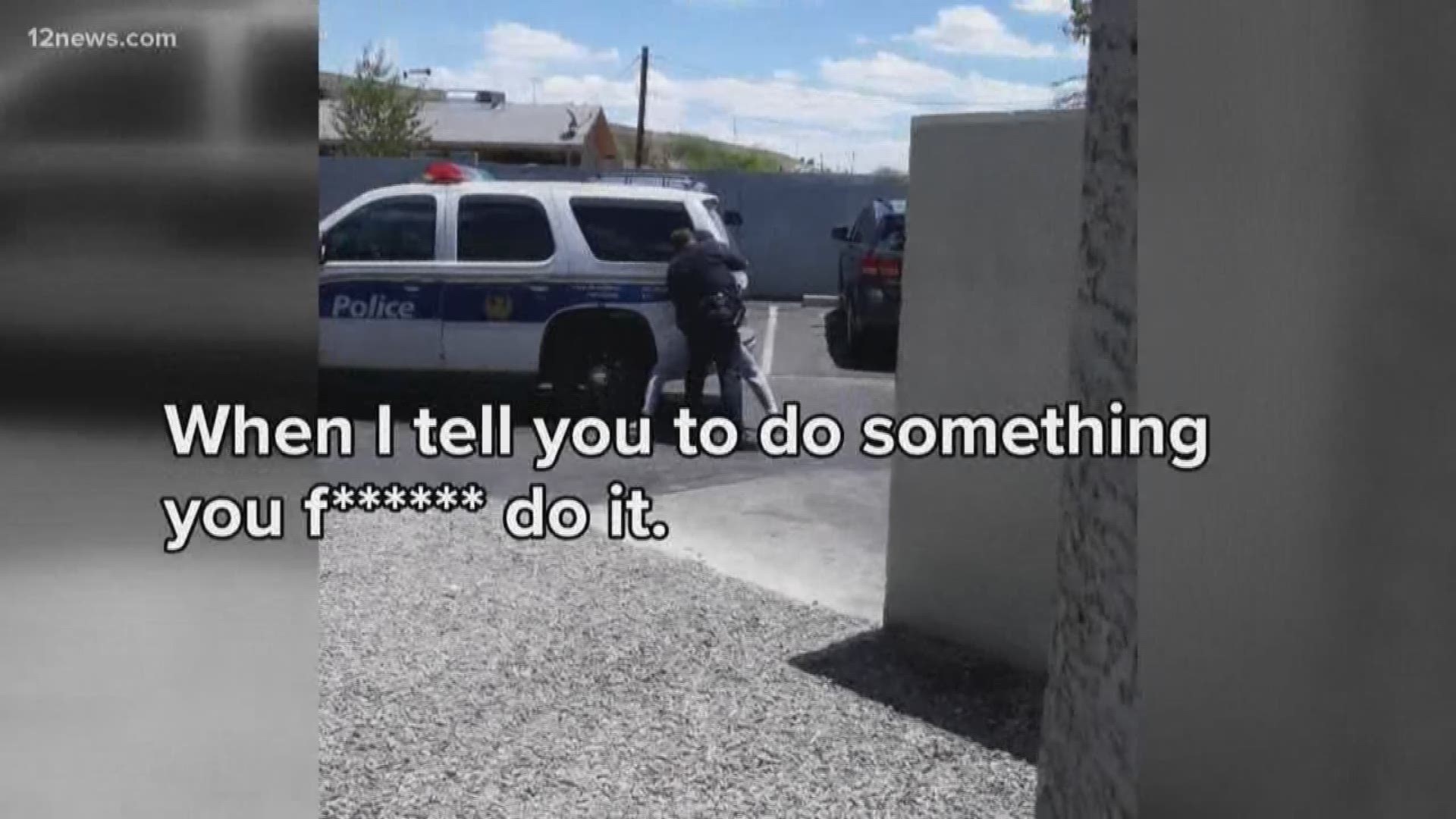 PHOENIX - A shoplifting incident led to a violent encounter between Phoenix police officers and a Valley family last month, which has gained national attention since videos of the confrontation emerged last week.

After the videos surfaced, Dravon Ames and his fiancée Iesha Harper announced a $10 million notice of claim, a precursor to a lawsuit, against the City of Phoenix.

The incident in late May stemmed from a reported shoplifting incident at a Family Dollar store in the area of 32nd Street and McDowell Road. Employees reported the incident after the couple's 4-year-old daughter Island allegedly stole a doll.

Ames and Harper say it was all over their 4-year-old taking the doll. Police Chief Jeri Williams said officers received a report that adults were shoplifting.

While the couple was taking their two daughters to the babysitter to an apartment complex nearby, they got stopped by police and a confrontation escalated, according to the notice of claim.

RELATED: In their own words: What happened according to the witnesses of viral police confrontation

The family states there were never any sirens and they did not know police were pulling them over.

After the officer made contact, the police report says when the officer told Harper to raise her hands in the air, she refused and said, "I have my child in here, I am not putting my hands up."

The police report says more officers arrived, and Ames was told to get out of the vehicle and walk toward them. Police said he did so while loudly saying he did nothing wrong.

WATCH: This video syncs the perspectives of two citizen-shot videos of the confrontation May 27 between Phoenix police and Dravon Ames and fiancee Iesha Harper outside a Phoenix apartment complex. The first voice heard shouting at the couple is that of Officer Christopher Meyer, a 24-year veteran. The officer who enters about 40 seconds later hasn't been identified by Phoenix police. A spokesman told 12 News the officer has been on the force about 11 years. WARNING: Some viewers might find the language in these videos offensive.

You can see the full interview below:

"Having been a cop for 30 years, you kind of sit back and say, 'What was going on,'" Williams said. "That's what we need to address."

12 News learned there are two main officers under investigation from the video. One seen in the video is a 24-year police veteran, Officer Christopher Meyer. The other is an officer that has been on the force for about a year.

"We've been aware of an apology from the mayor and the chief, and honestly, it really hasn't done anything to help us because it feels like it's a half apology," Ames said.

Police said he was behaving erratically after his vehicle was involved in a collision. Court documents say Ames was twisting and flailing his arms at the officers and say he tried to kick one officer in his groin and took several swings at the other officer.

We spoke to a criminal defense attorney, Robert J. McWhirter, who has no connection to the case, about what Ames' prior charges could mean for this case.

McWhirter says it's possible the officer involved, Christopher Meyer, could have been informed of the charge against Ames on his way to the scene.

"The officer may have known that or he may not have," McWhirter said. "And you can maybe give the officer a little bit of extra slack if this person has an assault charge."

But McWhirter says that is not enough to support the officer's conduct.

"That, however, doesn't really justify pointing guns at pregnant women or ripping children from women's arms who are sitting next to him," McWhirter said.

Ames has a hearing in the assault case scheduled for July.

We still have not heard from Officer Christopher Meyer, a 24-year veteran on the force, or the officer on the force for 11 years also seen in the video backing him up during the confrontation.

A community meeting was held Tuesday night where Phoenix Police Chief Jeri Williams addressed the community regarding the incident.

The family, alongside Rev. Jarret Maupin and their attorneys, announced a series of protests this week.

Maupin said they would protest at the city council meeting on Wednesday. Another demonstration is scheduled for later in the week.

On Wednesday, we obtained and published audio from the police radio traffic on the day of the incident. On the audio, an officer looking at surveillance video at the Family Dollar while Ames and Harper are being detained says, "we cannot verify anything from the video that they were involved at all."

Ames and Harper were not arrested or charged with shoplifting even though in the police report, an officer says Ames told police he stole underwear. Ames and his family have since denied that.

RELATED: Phoenix police on scanner after shoplifting incident: 'we cannot verify they were involved'

Team 12's Ryan Cody asked Ames outside of the Tuesday community meeting if he took anything from the store. Ames responds, "no," before refusing to answer further questions.

You can see that clip about one minute into the below video: