What is cyclohexanone? The chemical that leaked during the Tempe train derailment and injured 2

The colorless, oily liquid can cause coughing and dizziness when inhaled and can be absorbed by unprotected skin. 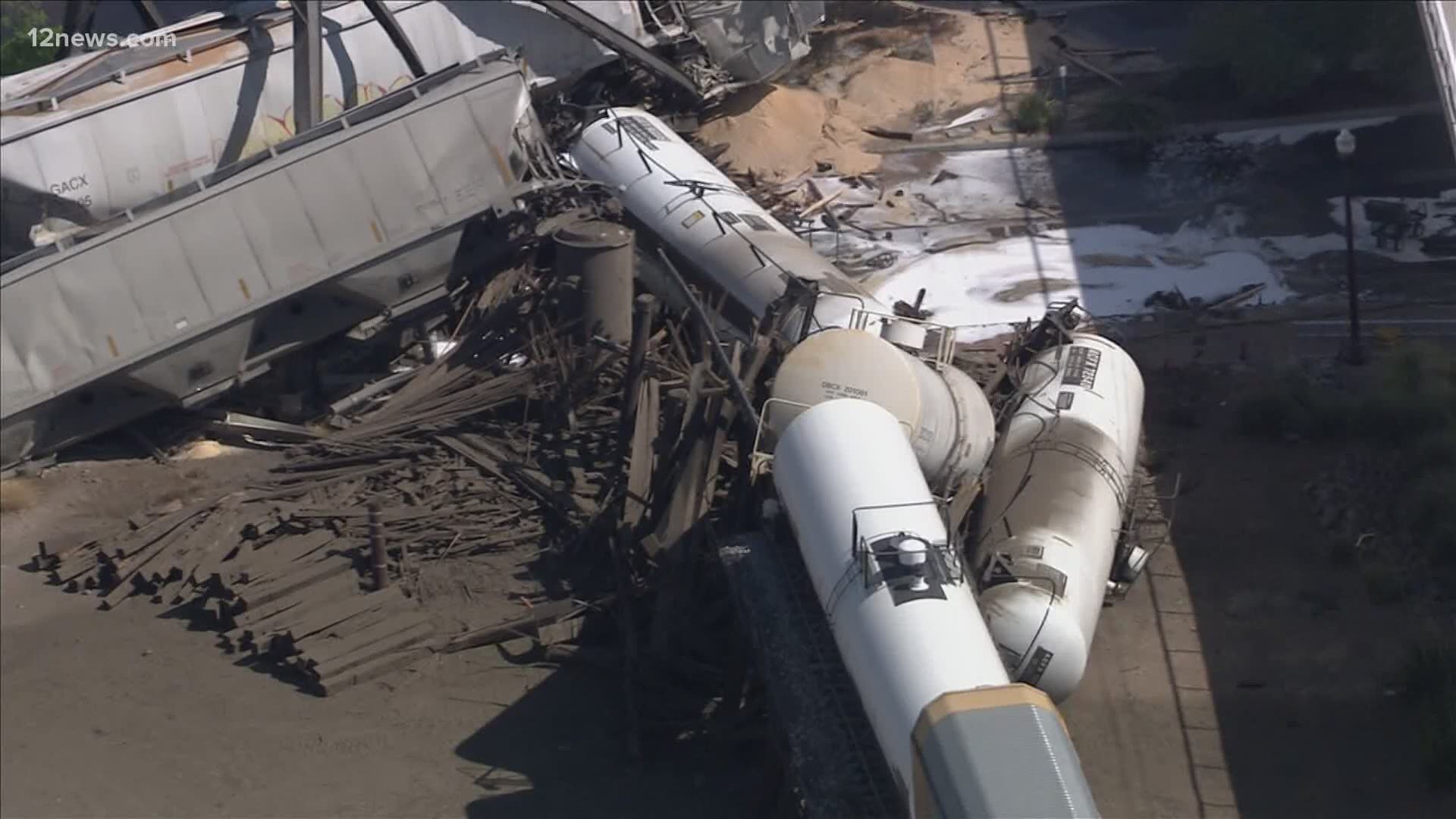 TEMPE, Ariz. — A massive fire that erupted during a train derailment on the Tempe Town Lake bridge Wednesday morning has been put out, but the ongoing clean-up operation has been anything but easy.

A tanker car containing the industrial agent cyclohexanone started leaking after the impact, and more than 500 gallons managed to escape before HAZMAT crews contained the leak.

On Friday, two workers were exposed to the chemical during a recovery operation and one was rushed to hospital with serious injuries.

Tempe Fire Department Assistant Chief Andrea Glass explained that crews are being cautious during cleanup due to the volatile nature of the chemical.

“The biggest danger with this chemical is the vapor and the ignition temperature,” she said. “It does have the ability to be an irritant on the skin."

The colorless, oily liquid can cause coughing and dizziness when inhaled and can be absorbed by unprotected skin, causing redness.

Cyclohexanone is frequently used in the production of nylon and is highly flammable. The chemical’s flashpoint is just 111 degrees, meaning the vapors will ignite if given a spark or open flame at that temperature.

The flashpoint is a point of concern for Glass as temperatures in Phoenix reached a scorching 118 degrees on Thursday.

“That’s our concern in making sure we don’t have any type of ignition source, we try to keep the area as cool as possible, and that we contain it as quickly as possible,” Glass explained.

Just 10 gallons leaked during the incident that injured the cleanup crews and the spill has since been controlled.

The hundreds of gallons that leaked earlier went into a dry lakebed, according to Tempe city leaders. The area is being tested for any environmental impact the spill has caused.

Firefighters say the cleanup operation is ongoing and could possibly go on for weeks. The cause of the derailment remains under investigation.