What is Bola Wrap? The police tool used to restrain suspects without lethal force

The tool sounds like a gun, but it may just be the tool that prevents officers from needing to use them. 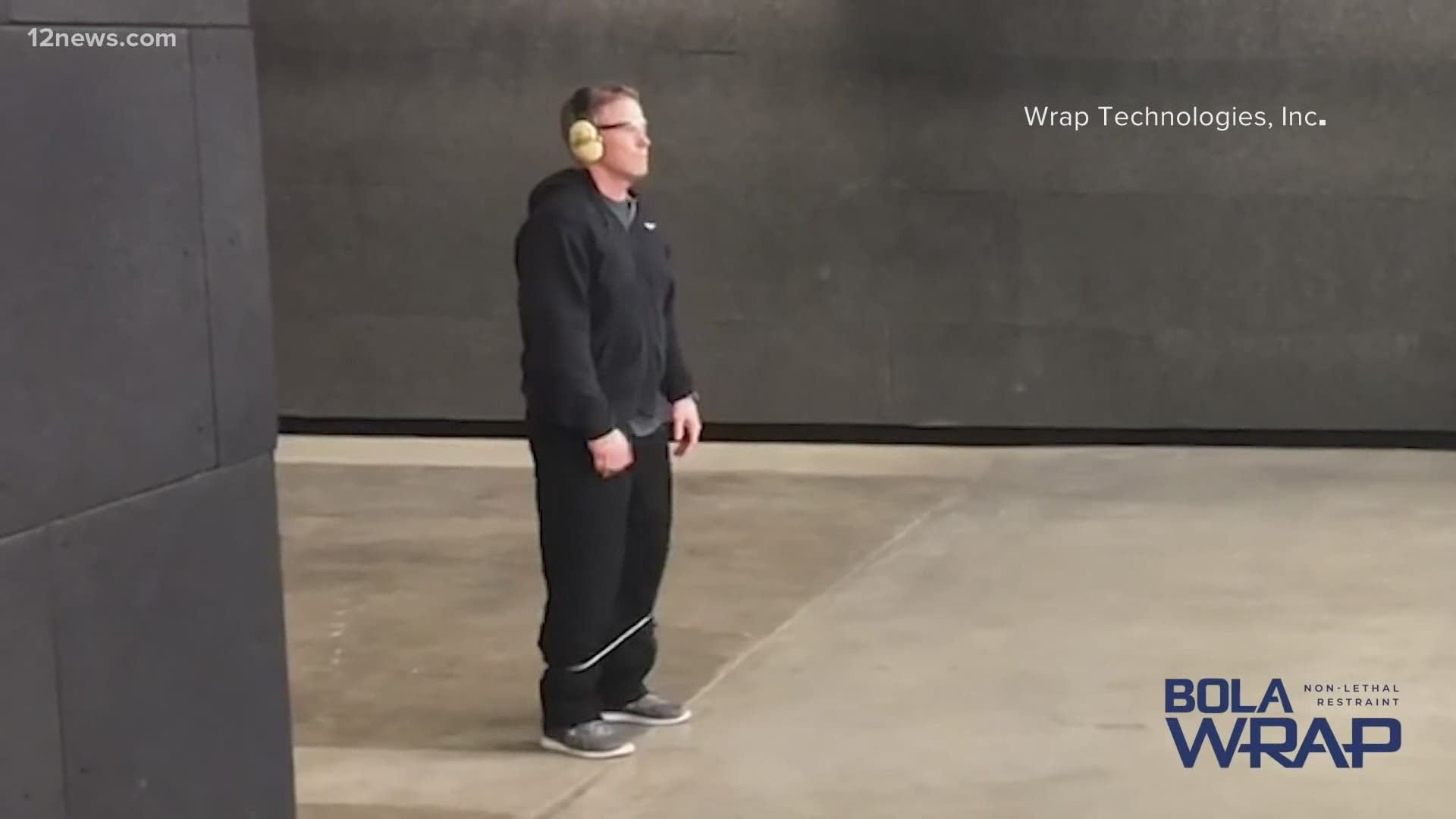 PHOENIX — Allegations of police excessive force continue to make headlines across the country.

As some departments reevaluate policies and tactics when dealing with suspects, one Valley-based company has developed a new tool that it says will keep officers and citizens safe in those unpredictable encounters.

The tool sounds like a gun, but it may just be the tool that prevents officers from needing to use them. It's called a Bola Wrap and it is based on the Argentinian bolero, a type of lasso. It's designed with one purpose.

"It shoots an eight-foot Kevlar tether that wraps around the suspect and then it restrains them so it can be used very early in a confrontation before it escalates and requires a higher level of force," explained Tom Smith, president of Wrap Technologies, the Tempe-based company that invented this tool four years ago.

Smith said some officers may want to rather use it initially instead of handcuffs.

"The reason is you're able to stay 10 feet away from the subject and not have to be right up next to him."

Using the piece of technology is super easy: It's as simple as attaching the cartridge, turning the safety off, hitting the activation button, and deploying.

"You won't see it. It happens in the blink of an eye, then all of a sudden, it's wrapped around you and you have this cord and your mobility is restrained and you can't move," Smith said.

So far, it's being shipped to more than 30 countries and it's already being used by more than 200 law enforcement agencies nationwide.

"Here locally, we have Avondale already using it. We're going to do a demo shortly wit Apache Junction," Smith said.

The Avondale Police Department has 11 total Bola Wraps and officers there have been using them since May. The department told 12 News they are pleased with it and see it as another option to de-escalate situations.

"I do see this as growing. I do see its acceptance, especially in the area of riots and the things that we're seeing now," said Stanley Kephart, a former police chief, and now law enforcement consultant.

Kephart added that while this tool is beneficial, it should not replace other training.

"We do not have a panacea here with this tool or with any other tool for that matter. It is appropriate and proper for the officer to, based on their training, select the appropriate tool for the appropriate circumstance and then use that tool tactically to their advantage."

Smith says the technology was invented about four years ago, in a time where police and community tensions are growing. He added that this could save lives.

"Police are looking for other ways to do their jobs safely and effectively, not just for themselves but for their communities," Smith said.