Police cite interviews with players who claim the coach, on several occasions, warned the players against hazing -- allegedly telling them to "stop raping each other." 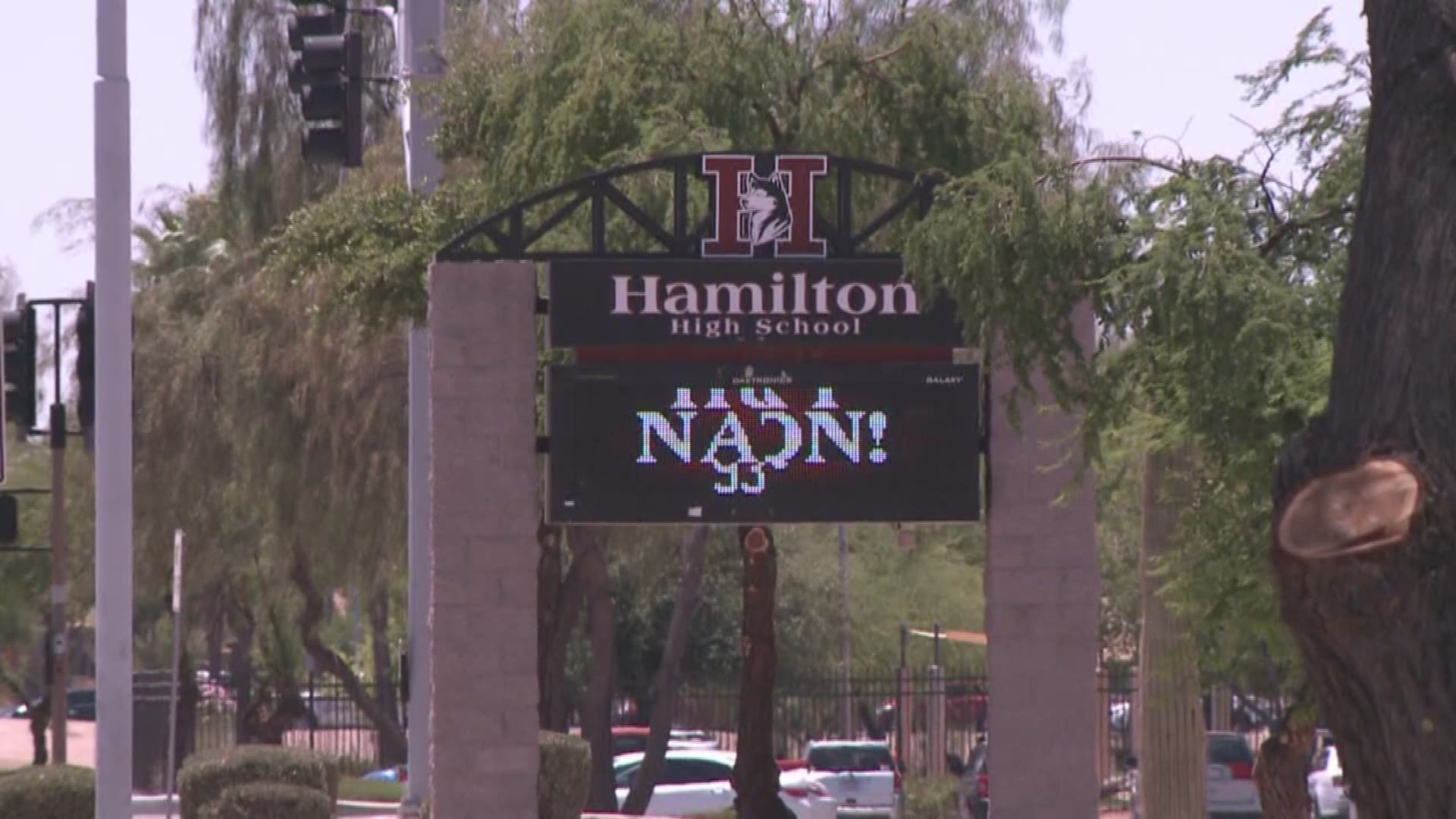 This story was originally published July 26, 2017.

If you have any information in the case that you would like to share with us, you can call the 12 News tip line at 602-444-1212 or email connect@12news.com. You can remain anonymous.

CHANDLER, Ariz. - Chandler police said both the principal and former football coach at Hamilton High School denied having any knowledge of hazing happening among players on the school's football team. However, evidence collected during the investigation into allegations of sexual assault suggests otherwise.

Newly obtained police documents claim both principal Ken James and then head coach Steve Belles knew of the hazing and sexual assault allegations as far back as last year -- but did not report it until a month later.

According to the documents, James had a meeting in November with two parents claiming their son was assaulted by other football players. The parents told police James took notes and then interviewed the victim without proper training, and did not notify police.

A binder containing notes from that meeting was found in James' office when police served a search warrant at the school in June.

The report indicates Belles knew of the allegations as far back as May 2016 and eventually was instructed by James to handle the situation.

Police cite interviews with players who claim the coach, on several occasions, warned the players against hazing -- allegedly telling them to "stop raping each other."

Detectives also say Belles denied having a conversation in January with administrators about the hazing allegations, despite an email sent to him about the issue.

Belles was re-assigned after the scandal broke in March where six football players were arrested and three were charged. Seventeen-year-old Nathaniel Thomas has been charged as an adult.

Chandler Police Department has recommended charges for several individuals within the Hamilton High School football program who have been connected to the allegations of hazing, including James and Belles.