West Valley water customers were warned about toxins 5 years ago. But nothing was done.

Federal regulations didn't require action by water provider, but expert says nothing prevented a response. Hundreds near Luke AFB are living under a water advisory. 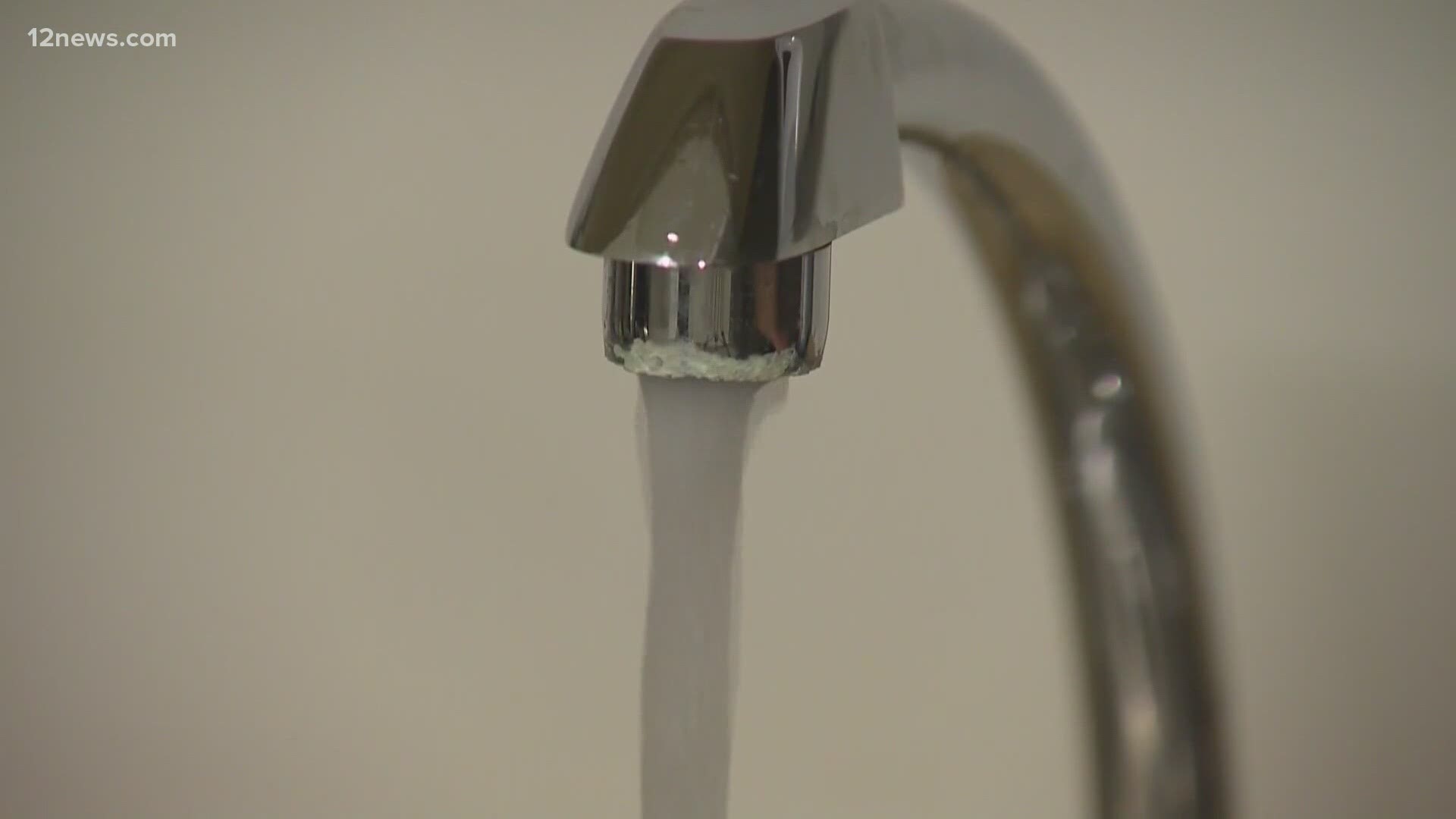 GLENDALE, Ariz. — For the next month, Luke Air Force Base will be handing out and delivering bottled water to hundreds of residents and businesses east of the base in Glendale and Litchfield Park.

"We're going to provide safe water until we find a resolution," Col. Ryan Richardson, commander of the Luke Mission Support Group and leader of the base’s response, told reporters Tuesday as a steady stream of drivers pulled up behind him to pick up cases of water.

The resolution could take up to three months until a filtration system is installed to scrub contaminated water in a well owned by Valley Utilities Water Co.

Toxic chemicals contained in firefighting foam used for decades at Luke have been seeping into groundwater near the base.

Customers were alerted of toxic threat before

It turns out that Valley Utilities customers have been alerted to the toxic threat in their water at least once before.

Five years ago, Valley Utilities revealed that tests of two of its wells showed high levels of the "forever chemicals," so named because they don't break down.

A notice to customers, dated Oct. 21, 2016, advised pregnant women, women with young children and people with immunity issues "though no harm is imminent, sensitive populations may seek an alternative water source."

"There are no federal regulations that require the removal of these contaminants from the water supply," said Joan Card, a former policy adviser at the U.S. Environmental Protection Agency and former water regulator at the Arizona Department of Environmental Quality.

But Card added: "There's nothing that prevents proactive measures to reduce them or eliminate them."

In an email to 12 News, a Valley Utilities executive said the company "currently meets all EPA and Arizona drinking water standards. (Valley Utilities) has been working directly with Luke AFB for additional sampling and potential water treatment options."

Coincidentally, the EPA took steps this week toward regulating the forever chemicals, known as PFAS and PFOA. That process could take several years, Card said.

Here's what the EPA says about the health risks:

Richardson was asked what he would tell people concerned about their exposure to the chemicals.

"Whether you've lived here five years and consuming the water or 20 years or more, that's a tough conversation to have," he said. "The recommendation would be to have a conversation with their physician about any concerns."

The water at the base itself has been declared safe for consumption.

On Monday, Luke's commander advised 1,700 customers of Valley Utilities east of the air base not to drink tap water or use it for cooking.

A test of well water showed it exceeded the EPA’s recommended lifetime limit for exposure to toxic chemicals contained in foam that was used for decades to extinguish jet-fuel fires.

The Air Force began reviewing potential water contamination near Luke and other bases in 2016, after the EPA lowered the exposure limit for PFAS and PFOA.

“The likelihood is we were one of the contributing factors,” Richardson said. “The Air Force is willing to state that openly… understanding there were other potential sources.”

Card said the cost of the cleanup comes with a high price tag.

"When the Air Force is looking at potential liabilities across the country,” she said. "It adds up pretty quickly in terms of what federal taxpayers will be on the hook for eventually."

Here are answers to questions we've received from viewers:

Liberty Utilities has said it treated a well with high levels of the chemicals in 2016. It is used only during peak demand periods.

A Luke spokesman said Tuesday that Liberty wells within a one-mile range of the base were also part of the latest round of tests and were found to be below the EPA’s lifetime health advisory.

A spokeswoman for EPCOR, another West Valley water provider, said the company tested water sources for PFAS in 2013-2015 and again last year. No PFAs were detected on either occasion, said Rebecca Stenholm, government and public affairs director.

What's next: Richardson couldn’t say which areas of the West Valley near the base might be tested next. The testing could cover an area up to four miles from the base. An Air Force civil engineering unit at Nellis Air Force Base in Nevada will make the call, he said. “We’ll continue to work that,” Richardson said.

IN OTHER NEWS: VERIFY: KN95, N95, cloth, disposable. Which masks work best, according to the CDC?