'We need our angel back': Family of missing man with autism, Najib "Jubi" Monsif from Scottsdale, asking for help from public after he vanished

Jubi Monsif told his brother and he'd never see him again the night before he disappeared last week; family believes he was taken. 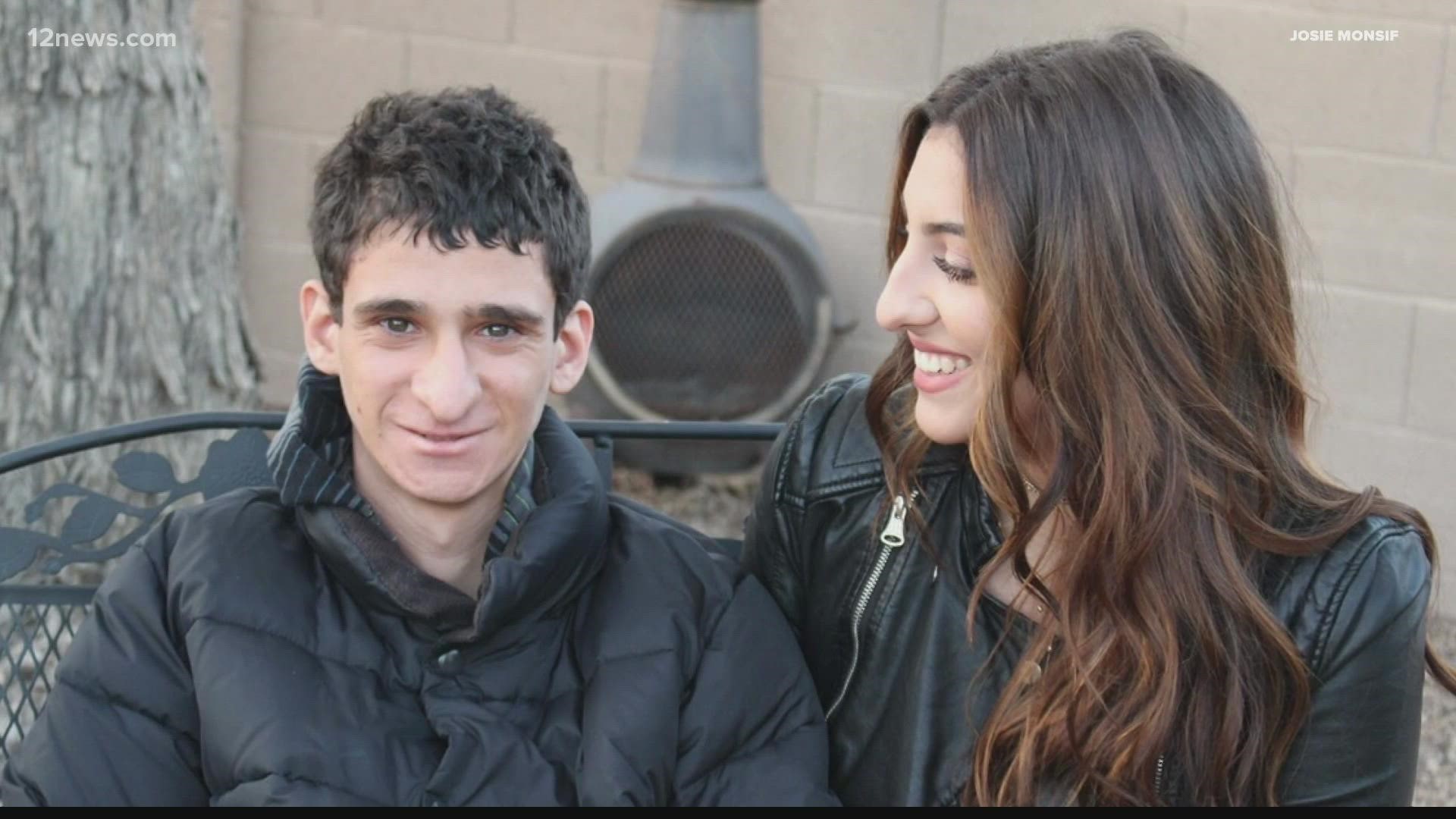 SCOTTSDALE, Ariz. — The family of the missing 20-year-old Najib Monsif, who goes by Jubi, are asking the public to help find him. Jubi was last seen by his father who he lives with on Sept. 23 in Scottsdale.

"I'm asking everyone to help find our angel, he has autism," said Jubi's father Najib Sr. "He has the mental capacity of a 6-year-old child."

“The canal area was searched. The desert area north of the canal has been searched by bicycle; on foot and by drone,” said a spokesperson with the Scottsdale Police Department.

Jubi was last seen wandering around his home near Frank Lloyd Wright Boulevard and Via Linda. Scottsdale police said police dogs picked up his scent and tracked to a nearby Albertson's Grocery Store about a half-mile away from his home.

“Although he is a 20-year-old young man, this is a missing child and it needs to be handled as such and addressed as such,” said his sister Josie.

The night before he vanished, Jubi and his older brother George were playing video games; something they often did when his brother would visit from college.

“I was saying good night and he said, 'I’m never going to see you again.' I was like, 'what do you mean,' and he said, 'nothing, I’ll talk to you later,'” said George.

As more time passes, the family is holding onto hope that anyone with information will help bring him home.

“We need our angel back; we worry about him, that he’s not been hurt," said Najib Sr.

Family and friends have set up a GoFundMe account to help with expenses in the search for Jubi and a Facebook Page called "Finding Najib Monsif" to provide updates on the search for him.

Anyone with information on his disappearance is asked to contact the Scottsdale Police Department at 480-312-5000.