After Waymo launched its driverless ride-hailing service pilot program in the Phoenix area, a blind man says it's been a huge help in helping him get around. 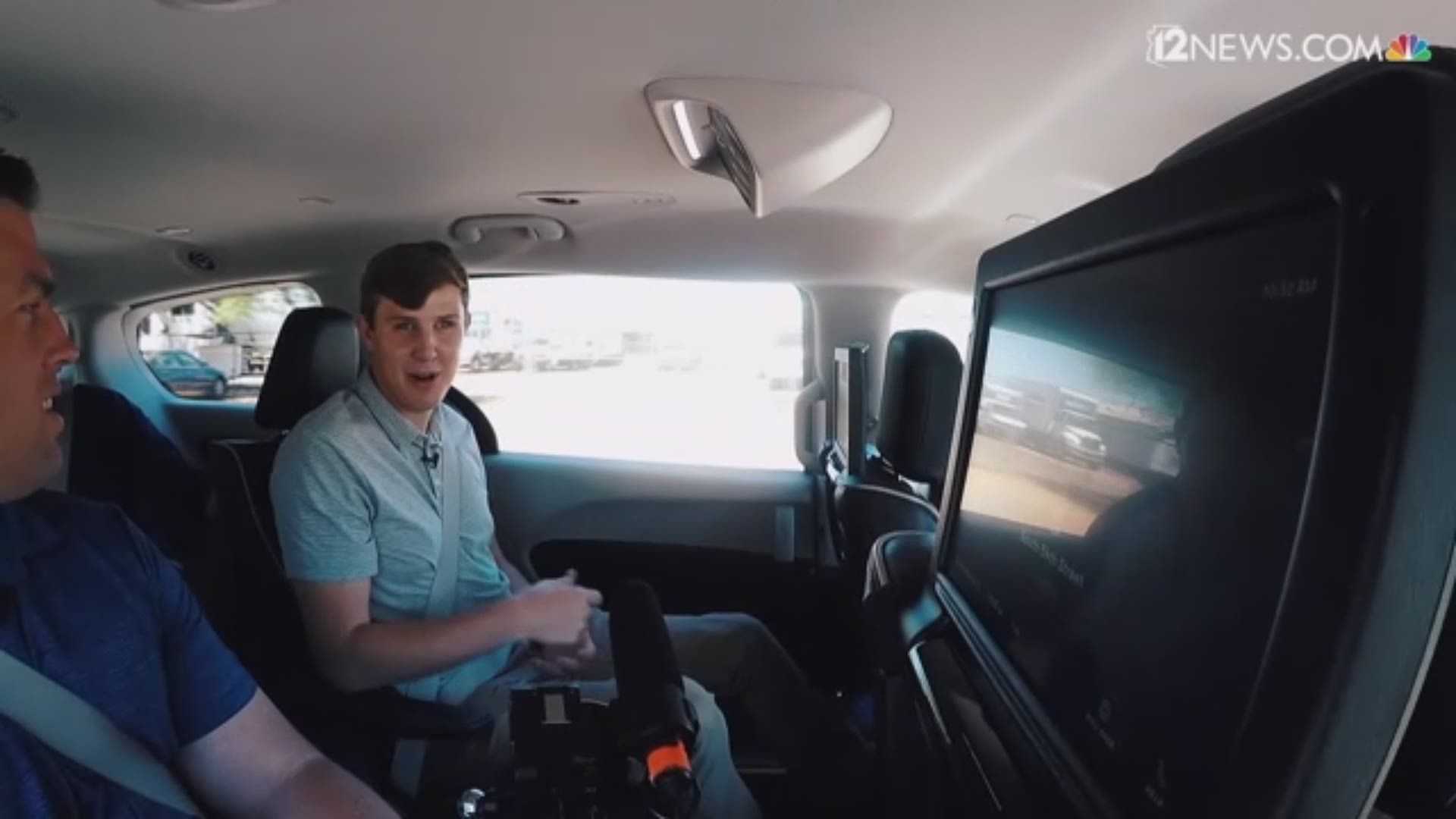 You've probably seen Waymo's driverless cars on the road in the East Valley since the company launched its driverless ride-hailing service pilot program. Now, Waymo is pushing its cars as a way to help people with disabilities get around.

Team 12's William Pitts went for a ride in an autonomous car with one man who believes this technology can change his life.

“I was born with basically only a tiny sliver of really poor peripheral vision,” he said.

He said he has benefitted from developing technology.

"I had to learn to adapt to a bunch of different things, getting around, reading braille, using assistive technology,” he said. "I use my phone because it talks to me. My computer says what's on the screen, but I am not going to be able to drive."

Max graduated from Loyola and hasn’t allowed anything to hold him back, but driving is one thing Max’s dad says technology hasn’t been able to help with.

"The one obstacle we haven't been able to overcome yet is transportation, getting to and from job, grocery stores, doctors without relying on another human,” said Marc Ashton, Max’s dad.

Max said that’s had him at the mercy of other people’s schedules.

"Either that or I have to pay for rideshare, Uber or Lyft."

And that's where Waymo comes in.

It's the only company in Arizona that offers self-driving cars for hire to the public. But riders had to be accepted to the program, and the cars don't work everywhere yet.

But on this ride, the car did work—very well. The car even noticed a landscape crew parked illegally and drove around it.

The car sees everything. On the navigation screen, the purple boxes are other cars, and the white dots are pedestrians.

"This technology really has the potential to change how I live my life,” Max said.