The police officer is seen helping the homeowner exit the house as flames engulf the home early Friday morning. 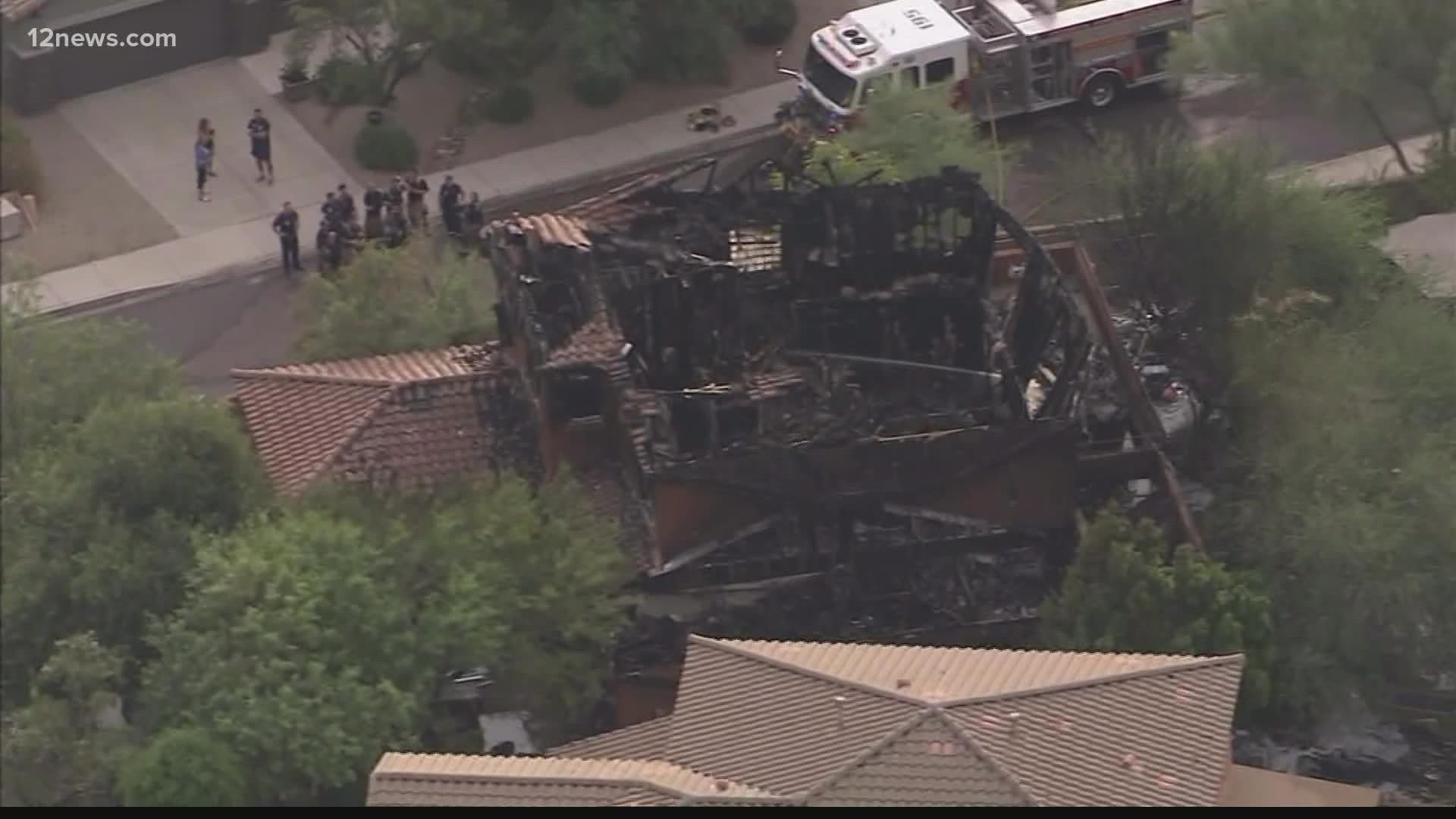 PEORIA, Ariz. — A Peoria police officer is being hailed as a hero after helping a homeowner escape a house fire early Friday morning.

Around 4 a.m. Friday, Peoria police received a call about screaming being heard near a home near Lake Pleasant and Westwing parkways. According to officials from the Peoria Police Department, when officers were heading to the scene, dispatchers received information that the house was possibly on fire.

Peoria Officer Kyle Trouton arrived on scene and officials said he could see the house engulfed in flames. Neighbors told him there was still someone on the second-story balcony in the backyard.

In bodycam video released by Peoria police, Officer Trouton is seen jumping into action to help the resident as flames fill the house. The video shows he made his way through the side of the house to the backyard where he found more smoke and flames.

Peoria police said Trouton found a man hanging onto the second-story balcony. Officer Trouton reportedly told him that he would catch him to help him escape the flames.

The man was seen jumping and Trouton catching him and keeping him from hitting the ground.

Thanks to Trouton’s actions, the man was not injured in the fire. Crews from Peoria Fire Medical arrived on scene quickly after the incident and evaluated the man while they worked to ensure the fire was contained.

You can watch the full bodycam video below.